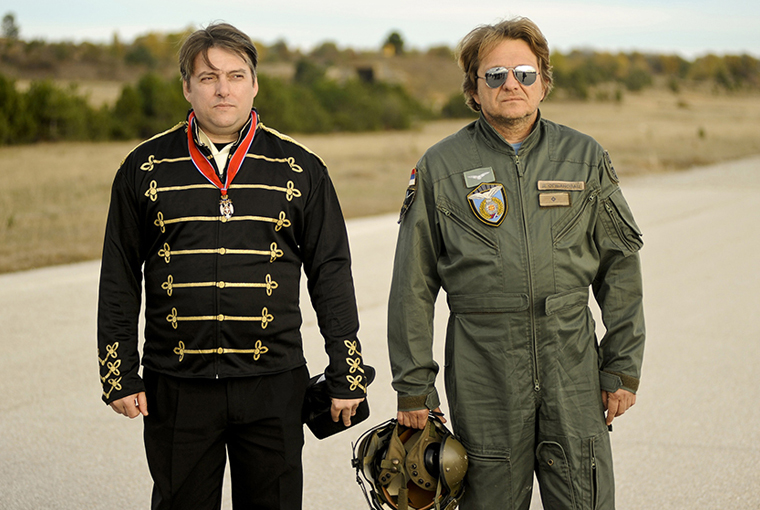 As you watch the beginning of Monument to Michael Jackson, the thought may strike you that with a little change of language, you could easily be watching an American movie about life in a moribund Serbian town. The plot could hardly appeal more to Hollywood sensibility. Marko is a dreamer whose gorgeous, exasperated wife Ljubinka has just walked out. Here, Marko is played by Boris Milivojevic; in the hypothetical American version, he might be Jonah Hill. In an effort to win her back and to revitalize his town through tourism, he persuades the citizens to replace a downed Communist-era military statue with a bronze of “Majkl Dzekson” (the transliterated Serbian spelling). A corrupt town official stymies the project through scheming and deployment of a gang of right-wing hooligans. But Marko cobbles up an unlikely coalition, including an old air force major, a priest and a Gypsy scrap metal dealer (in the American version, the latter would definitely be played by Sacha Baron Cohen). While fighting for his town, Marko wins back Ljubinka and saves her from emigrating to Germany for a visa marriage.

All of Hollywood’s favorite tricks are here. The hero, accused of immaturity by his irritated woman, performs improbable feats to prove himself worthy. Under his impetus, superficial multiculturalism confronts local power structures and racism. The irritated woman softens and finally succumbs. The hero’s dream may or may not be realized, but he has taught us all a civic lesson. This kinship to a dominant Western mode would not be interesting but for the the way Monument to Michael Jackson addresses globalized pop culture, mirroring – ironically? – the cultural influences that molded the film itself.

The statue of Michael Jackson represents the almost magical brainchild of Serbian fears and desires. Jackson the King of Pop is an idol for the young, but for the right-wing agitators, his ambiguous nature is a menace. “He’s not even a Serb, neither black, nor white, neither a man nor a woman!” cries a young nationalist. But this very ambivalence makes him a cherished cipher who can be adapted to any ethnicity or setting. The star himself is certainly a Gypsy, according to the scrap dealer Doki, the sculpture’s dance-loving creator. And when the real King of Pop declines to grace the inaugural ceremony of the sculpture, Marko takes advantage of this adaptability and gamely impersonates him. Monument to Michael Jackson seems to depict American pop as a joyously manifold, globally tunable culture. (This contrasts with the protagonists’ encounter with anonymous but actual Americans, who run a steel scrapyard with an inflexible attitude and a camera on every fence.) The film is not blind to the irony of Serbs’ passionate love for a lofty American star who cannot be bothered to visit them. Doki’s three sons croon “Michael, you are the one and only, many people try to copy you” at the inaugural ceremony. Minutes later, Marko in his Jackson costume waves from a helicopter overhead to oblivious cheers.

So while Monument to Michael Jackson might seem like an ode to cultural globalization, it undercuts this message by showing how the Serbs co-opt dominant culture. And yet – consciously or not – the film is extreme in its mimicry of American cliché. Not only does Marko win back Ljubinka through his outlandish capitalist scheme, he also inspires her to want a child after years of hopelessness. Happiness feminizes her; she abandons ponytail, gloomy-colored sweatshirt and pants for loose tresses, pink skirt and high heels. In short, Marko’s influence not only saves the town’s soul, it also boosts fertility, an object of national anxiety.1

Later, in the most absurd twist of all, Marko dies trying to defend her from the right-wing rioters. The statue of Jackson is replaced by a statue of Marko in his Jackson costume. Ljubinka, radiant and pregnant, lays a rose at the statue’s feet, followed by Marko’s diverse friends and collaborators. The town has a new patron saint.

Monument to Michael Jackson could be taken as an expression of hope and pride in Serbian particularities. There’s a slim chance that Marko’s spectacular death is meant as satire. But the sincerity of the tragic final scenes seems to convey that the filmmakers have joined the cult of the entrepreneurial man-child-hero, American-style. 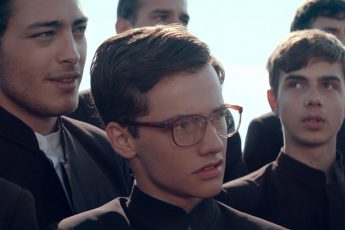 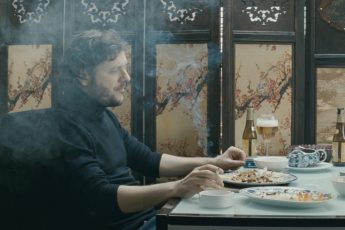 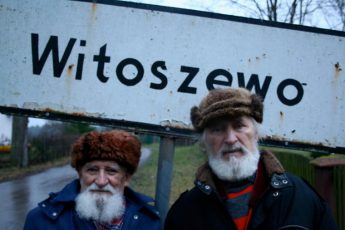