Country Life and its Poisons 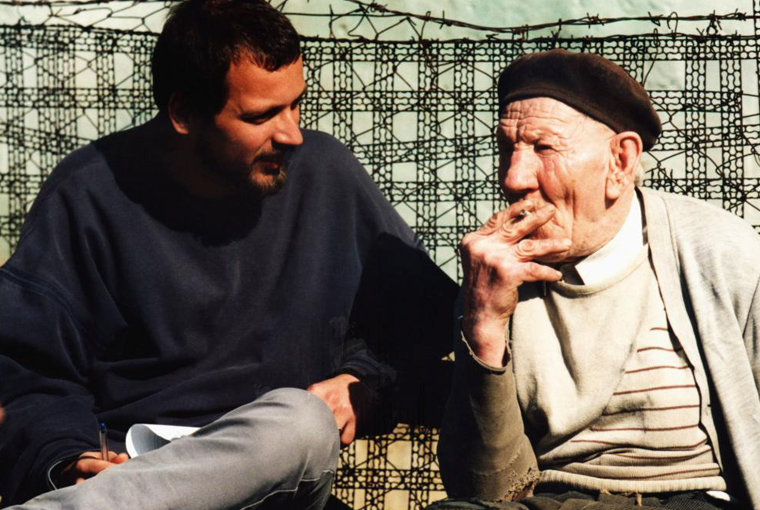 As I was watching György Pálfi’s Hukkle (2002, the title means “Hiccup”), the word “animistic” came to mind. The animal and vegetable richly color and texture this film set in a small farming village. The very first shots show in extreme closeup a glinting array of scales sliding in and out of focus as a snake makes its way through its lair to a rustling field above. The population of this village is only partially human, and the camera gives at least equal visual weight to other living things: not just the stork watching a fisherman through the reeds, the housecat lazing on the roof, the mole snapping up worms underground, but also the lily of the valley shooting its roots through the dirt of a freshly dug grave. Plants and animals dominate the soundtrack, as virtually the only lines of dialogue are engulfed by natural sounds—birdsong, insects buzzing, leaves and grasses hissing against each other.

But then, this is not a sentimental portrait of life running through its cycles in rustic harmony. If the natural world is visually overwhelming — and Gegely Poharnok’s fantastic photography brings us, the viewers, to their level, no matter how minuscule — humans and their machinery dominate. A fawn is hiding in a field of wheat; the camera cranes far above to show that a huge thresher is approaching. The mole scratches frenetically through the ground, seemingly immune from human interference; an old woman’s hoe unearths it and strikes it dead.

This old woman, perpetually dressed in black with a kerchief over her head, is worth dwelling on. The film has no single protagonist in the usual sense, but this sinister woman is the film’s most recognizable figure. Animistic or not, Pálfi is not afraid to draw on mythic and folk resonances. The terrifying archetype of the witch, brewer of potions and messenger of death, is not too far off, and not just where this particular woman is concerned. As she scurries through the village, she distributes little bottles each marked with an “X” to other women, mostly harmless-looking matronly types dressed not in black but in floral print. What these women do with the bottles amongst their own families, in their own kitchens, constitute the “plot” of the film.

To call Hukkle a “murder mystery” may be more accurate than to apply the term to the usual police procedural or detective film. There is no question as to the perpetrators, as we see them preparing their victims’ terrible deaths. But as to what prompted them and when, we will never know. Maybe the wives and mothers grew tired of cooking and housekeeping for their husbands and the poisonings are a quiet revolution. Maybe it’s simply a “hiccup” in the natural order of things.

So Hukkle brings to mind some cinematic references even more strongly than folkloric tropes. Strangely enough, there is some similarity to the Japanese film Cure (1999, Kiyoshi Kurasawa) about an epidemic of seemingly motiveless murderers who cut their victims in the shape of an “X.” There is the same sense of a fatal glitch rattling the machinery of society and allowing hidden resentments to erupt.

Another reference emerges early in the film that highlights Pálfi’s experimental leanings. An aerial shot shows us the village, high enough to see how small it is, but low enough to make out a dog running in circles in a yard and hear its bark. Suddenly, the image sputters and jumps. The filmic image becomes a literal image of film strips hanging to dry in the back of a pub. A deliberate, ironic reminder of Dziga Vertov’s Man with a Movie Camera (1929), a more optimistic wide-ranging portrait of society, in which we are shown the film strips that immortalize the faces of Soviet citizens? Or even of Ingmar Bergman’s Persona (1969), which shows celluloid burning up in the projector? Between Bergman and Pálfi is a long stretch. But in Persona, a woman in black purposefully brings out the cruelty in another woman’s nature, proving that the will to destroy and hurt is universal in human beings.

But it would be unfair to Pálfi to end with his influences rather than his originality. As in his later Taxidermia, Pálfi is an exceptionally daring director and a true magpie for diverse images, marrying poetry, grotesquerie, depravity, and the occasional rustic humor. With Pálfi, the miracle of life is less present at a marriage than in a farmyard where a couple of pigs rut under the proud eyes of a middle-aged couple. Life goes on, and maybe death will take its time. 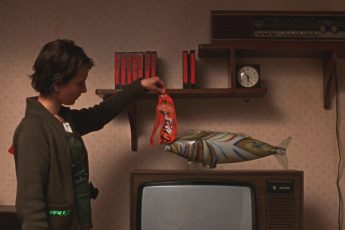