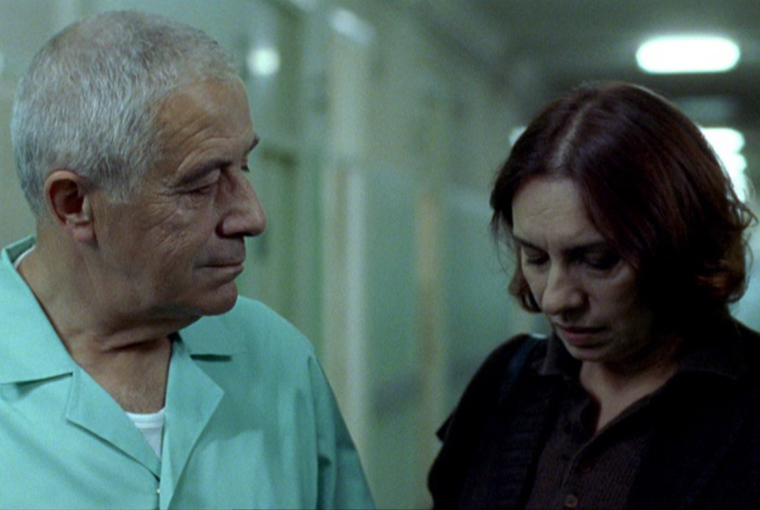 The opening sequence of the film displaces the spectator back into the Middle Ages as we bear witness to a committed felon who escapes his untimely demise at the gallows with the altruistic aid of a priest. The scene is swiftly exposed as a narrative hoax when an abrupt utterance of the familiar word “Cut!” is deplored off-screen and another take is set up for filming. The actual setting reveals itself to be on the set of a French film production (a retelling of Saint Bernard’s story) where the protagonist of Life As a Fatal Sexually Transmitted Disease is introduced as the unit’s medical supervisor, Tomasz. What follows is Tomasz’s journey back to Warsaw and his personal struggle with the new-found knowledge that he himself has been diagnosed with a terminal illness. His only hope of prolonging his survival is a costly and experimental operation in Paris.

The beginning of Life As a Fatal Sexually Transmitted Disease is important for a number of reasons and warrants closer inspection here. The inclusion of a European co-production for the film-within-a-film is most likely a reference to Zanussi’s tumultuous relationship with the Polish film industry. Over half of Zanussi’s features were made abroad with foreign financing. Much to the dismay of Zanussi’s harshest critics and peers, he seems to prove here that the origin of money does not in fact diminish the national identity of the film. Furthermore, the journeys taken – both by the film crews, characters and the real director himself – are key motifs of Zanussi’s films. In this instance, for example, the geographical journey that is represented by the film crew is paralleled by the character of Tomasz’s psychological transition that occurs as he comes to terms with his own mortality. Finally, the mixture of multiple diegeses and layering of intertextuality of the Saint Bernard biopic, could act as a wry, self-effacing joke on Zanussi’s behalf. The director’s style is thought to be to some extent inconsistent. Academics have often indicated the Polish auteur’s slow but steady development into a signature style of storytelling, but one that has most certainly been found and crystallised in Life As a Sexually Transmitted Disease.

The exceptionally sardonic title is rumoured to be taken from some graffiti Zanussi found on a wall in his neighbourhood. Befittingly, Tomasz’s final days as told by the director finds some good in the bad. Few scholars have recognised the filmmaker’s penchant for an underlying positivism, however Ron Breznay stresses Zanussi’s talent in simply not taking the path of least resistance:

But Zanussi is not a pessimist. His films suggest that we should engage with life and work on improving our present lot, rather than retreating or indulging in fantasies about unobtainable realities.1

And so, by avoiding any unnecessarily preachy or foolhardy narrative devices, Tomasz’s obstacles in life are inherently natural and domestic. An ex-wife he must call upon for funding his (what is later inoperable) condition, her aggressive second husband, a mother patient who wants to euthanize her child, a young couple just interested in where to go for a good time and – of course – a priest, are symbolic of the problems and solutions Tomasz must call upon. They shake his very foundational beliefs and at the same time provide distractions that ground him once again. This paradox is embodied in all the connections he has with other people. Tomasz looks to the colleagues around him for comfort, to religion for solace, but ultimately, as much as we all have death in common, it is a fate he alone has to deal with and on his own terms. Such interactions and relationships are quintessential teachings of Zanussi’s own ideology from his book entitled The Cinema of Ideas, yet there is arguably more heart and soul in Life As a Fatal Sexually Transmitted Disease than in any other of Zanussi’s features.

Life’s complications that mystify Tomasz and ultimately the spectator are born out of Zanussi’s past. As he began to write and direct films in the 60s and 70s, an insidious phenomenon was occurring nationwide, which would soon be reflected in Poland’s visual culture. That is, the generational gap was being widened, the youth of Poland emerged as a collective that wanted to leave the war-torn and politically damaged past behind. The nation had previously been saturated by images and agendas relating to Soviet communism after World War II. Zanussi’s films, then, are rooted in the context of their time. They not only mirror socio-cultural issues but provoke a progression from them as well. Zanussi addresses Poland’s history, but also longs to move on from it, which is manifested by the strong presence of socialism that is often a source of crisis for the characters. These communities are made up of successful individuals, but as Bolesaw Michalek identifies, the form of the ideal citizen was in flux during the mid 1960s and so the model stereotype was no longer relevant and became unfounded for the next generation. He writes:

One could also sense a certain tiredness with the old stereotype model of a human and citizen: one who was the incarnation of social service, of self-sacrifice for the good of the entire society (and his self satisfaction). A more contemporary model of a human appeared: less severe, and with less accentuated discrepancies between personal aspirations and social goals.2

The inevitability of death and the impossibility of confronting one’s own mortality, which stand at the crux of Life As a Sexually Transmitted Disease, can therefore be metaphorically read as a response to Zanussi’s upbringing in Poland. Ultimately, Zanussi doesn’t believe in a greater universal understanding of death that applies to everyone. Zanussi offers an objective point of view, one that allows room for interpretation. It resists answering the big questions but finds satisfaction and closure merely in the investigation and meditation in coming to terms with death. It may be an abstract concept, but in focusing on Tomasz’s solitary experience, it seems to localize any grandiose philosophical themes in the singular struggle – one that is both internal and mental rather than physical.

Physicist, philosopher, director, Zanussi’s real voice in Life As a Fatal Sexually Transmitted Disease remains uniquely in touch with the problematic implications of an individualist society; his films are – for better or for worse – unlike any other Eastern European filmmaker working today. Zanussi’s earlier filmography provided a strong sense of socialist critique, an integral but somewhat absent commentary in the Polish arts at the time. The advent of the Third Polish Cinema (a group of film school graduates – including Zanussi – who founded a cinematography movement between 1967 and 1969) was an exception to the rule. Their intention was to change the post-war aesthetic for a new generation of cinema and to break away from the traditional visual forms of war and revolution that so dominated Polish culture for the past 20 years. Zanussi was also a key founding partner (alongside Krzysztof Kieślowski) of Poland’s cinema of moral concern that emerged from the 70s/80s. But in 1981, the Polish Film Association was disbanded and authorities and censors alike would ban a number of new releases. Kamiya Kuc notes:

At that time the Cinema of Moral Concern ceased to exist, and from then on, Polish cinema was often referred to as “silent” or “exiled”.3

Regardless, the questions Zanussi continued to raise were complex, politically charged and had the potential to predict long term changes occurring in the country. Likewise, as the critical acclaim and festival awards would prove, Life As a Fatal Sexually Transmitted Disease is perhaps Zanussi’s most accomplished and assured feature film so far. 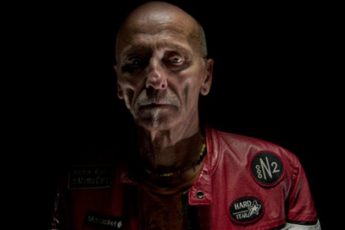 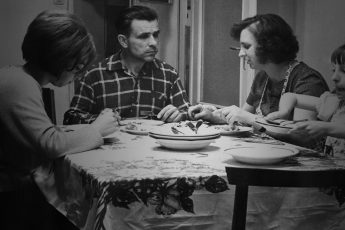