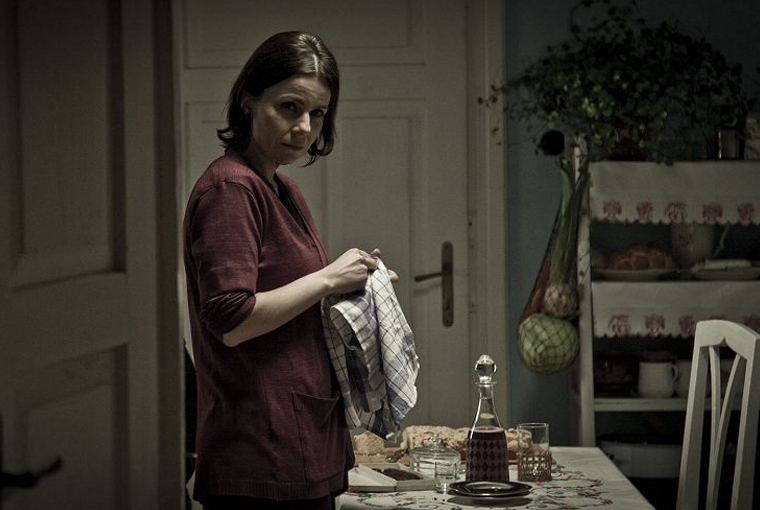 Polish cinephiles await Wojtek Smarzowski’s every film as impatiently as cinephiles in the USA wait for, let’s say, Quentin Tarantino’s pictures. Smarzowski is now a trademark of Polish quality cinema that can proudly be exported. He is an auteur. Surprisingly enough, after his latest success with Traffic Department (2013), his newest film The Mighty Angel (2014), an adaptation of a Jerzy Pilch novel, has been met with cold indifference and at times strong revulsion. But while Smarzowski’s newest production is yet another brilliant (yes, brilliant) piece of cinema, the reasons why it is criticised shed some light both on society’s attitude towards alcoholism and on the way in which we idealize the role of director in the collective art of filmmaking.

Between Wojciech Jerzy Has’ The Noose (1957) and The Mighty Angel, there was no remarkable film produced in Poland that tackled alcoholism in a comprehensive way. Smarzowski in his trademark sensory way reveals the worst about the disease: numerous alcoholics flood each scene with rivers of cheap spirits, vomit, urine and desperation. Rare glimpses of “normal life” – where love triumphs and people are pretty and kind – are continuously overpowered by the dark ugliness of poor living conditions and the even poorer shape of human morale. Despite being a famous writer who supposedly finds the love of his life, protagonist Jerzy is repeatedly hospitalised due to excessive drinking. Each of Jerzy’s detoxifying visits is yet another visit that should – one day – cure him completely. Certainly, refined aesthetes will shy away from almost every scene exposing the interiors of alcoholics’ stomachs. And that seems to be the problem.

In his review of the film, Paweł Piotrowicz critically states that none of it evokes such disgust and aversion, and that viewers become tired of watching so much filth1. Jakub Korus believes that after the emotional turmoils that Smarzowski’s previous films evoked, The Mighty Angel can only make one feel dizzy2. Jerzy Babarowski simply writes: “This review should be written by an alcoholic. I’m not fit for it, because I drink little, thus I’m not the addressee of Smarzowski’s film”.3

But what is alcoholism other than uncontrolled bodily reactions, social isolation and complete loss of dignity? While all of the cited reviewers may be sophisticated aesthetes insulted by such scenes, it is also possible that the theme of alcoholism simply is not emotionally engaging. Perhaps it would be daring to suggest that such indifference comes from the commonness of alcoholism. But there is some truth in what one of the actors playing in Smarzowski’s film, Andrzej Grabowski, says about attitudes toward this addiction: “Although seeing drunks on the streets is rarer nowadays than it was before it does not mean the issue has disappeared completely. The issue remains and it is a mental one; the problem is that when we see a staggering drunk we only look at him with a smile”.4

There is another reason why The Mighty Angel may provoke certain disappointments. Smarzowski, as a leading contemporary director, set the standards high. Each of his films is supposed to surprise while still remaining a Smarzowski film. Inevitably, that leads to repetition. As Andrè Bazin states: “To a certain extent at least, the auteur is a subject to himself; whatever the scenario, he always says the same story, or, in case the word ‘story’ is confusing, let’s say he has the same attitude and passes the same moral judgments on the action and on the characters.”5

Indeed, when watched through that lens, The Mighty Angel may seem too much like Smarzowski’s other films. But it is worth remembering that films, even those by such iconic auteurs as Hitchcock, Tarantino or Smarzowski, are the result of the work of many specialists rather than a single artist. Smarzowski should not get all the credit for the powerful visualization of alcoholism in The Mighty Angel. Paweł Laskowski, the film’s editor cuts and mixes scenes with an incredible rhythm and intuition. He starts with longer scenes that initially create a logical chain of events. With time, shots become shorter and finally flip in front of our eyes in feverish speed; it becomes impossible to tell what happened first and what followed; it’s hard to tell what time of the day is, and where we are – at the hospital or at Jerzy’s apartment? It is almost impossible to tell whether the characters that appear on screen are real people made from flesh and blood or a projection of the alcoholic’s intoxicated mind. The speed and briefness of every scene at the end of the movie makes one nauseous – to the point where one is reminded of the state of being drunk. In short, through skilful montage Laskowski is able to create a 3D production where the third dimension appeals to the human sensorium.

Inasmuch as the theme of alcoholism should not be met with indifference, Laskowski’s mastery should not be taken for granted. While some may criticize The Mighty Angel for being too much of a Smarzowski film, perhaps the film should instead be praised for being a “Laskowski film.” After editing all of Smarzowski’s previous features, Laskowski has now reached the heights of cinematic montage. 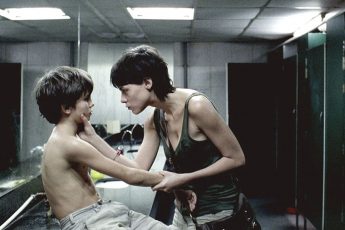