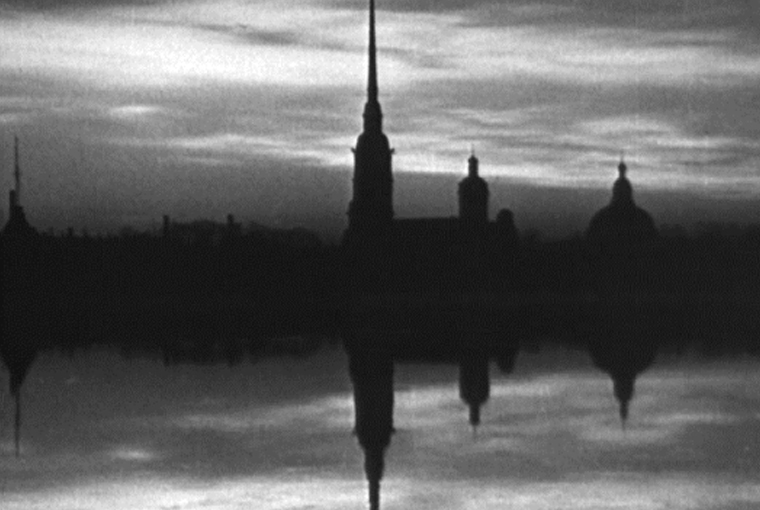 Sergei Loznitsa’s Blockade opens with the images of uniformed Soviet soldiers watching over the the outskirts of Leningrad. Though the idle men look unnaturally serious, the atmosphere is far from tense. As the camera sweeps the city streets for the first time, we observe Zeppelins leaving the ground, only to float over the seemingless roofs of the city. But as we see how a group of German prisoners is taken out on an unpleasant stroll in the city, the air becomes thinner. The prisoners are confronted with a hungry and frustrated Russian population, and soon a middle-aged woman steps towards the pale and gaunt faces and starts yelling at them. When the first images of fightings appear about 10 minutes into the film, the timeframe of Blockade crystallizes.

The film’s title refers to the Siege of the city of Leningrad by Nazi and Finnish forces that took place between the 8th of September 1941 and the 27th January of 1944. Reportedly, the ongoing fightings claimed the lives of over 600 000 Leningraders in 1942 only. Though during this period, the city was practically sealed off from the rest of the world, some footage of the Siege has survived. Loznitsa used these images to create a 50-minute documentary of the Siege: an atmospheric, disturbing account that switches between scenes of everyday existence and the images of burning buildings and dead bodies, young and old, that fill the snow-covered, barely usable sidewalks of the isolated city.

Though Blockade lacks the dynamic and authenticity of Vertov’s News Reels (Kino Pravda), the sound gives the film a ghostly, surreal texture. Loznitsa is known for paying special attention to his scores. The hyperrealist, low-key sound work that supplements the visual iconicism of his films is characteristic of his long-time collaborator Vladimir Golovnickij (Golovnickij also worked on Aleksey Popogrebskiy’s How I Ended This Summer). Though Golovnickij is also credited for the sound of Blockade, arguably here the it takes up a much more peculiar role than it does in a film like How I Ended This Summer or My Joy. Most importantly, being shot during the Second World War, the original footage of the film lacked any sort of sound, which motivated Loznitsa and Golovnickij to dub the film with a track of their own. The result is frighteningly realistic, and as the film advances, the visuals and the sound fully merge into a complementary collective. This, of course, is in large part due to the fact that instead of appealing to a commentary, Golovnickij and Loznitsa mostly simulated purely diegetic sound: we hear the footsteps of soldiers, sirens howling in the middle of the night, a child crying out for this mother, and, as the film draws to an end, the sound of the triumphant artillery shots aimed at the sky to celebrate the survived siege.

As the recent trend of remastering technologically outdated films has shown, retroactively, cinemas technological advance is also affecting the way that older films look. That this evolution is not only taking place in the realm of blockbusters is especially visible in the festival landscape, where the interest in retrospectives is surprisingly firm. At the Festival de Cannes in 2010, I attended the screening of a newly finished remastered copy of Psycho which received considerable attention. As section head of the Berlinale rerospective Rainer Rother pointed out in an interview with our journal, retrospectives may soon become a point of retreat for uneconomic formats like 35mm; a development that could motivate festivals and distributors to invest in brushing up older copies. The fact that Loznitsa’s Blockade is not a remastered edition but an artwork in its own should not bother us at this point. Loznitsa’s film, too, manipulates the aesthetic integrity of a film by applying techniques that had not been available during its time. Similarly, the quality of many remastered and colored “classics” has long surpassed the quality of the originals. Ultimately, if Loznitsa’s film raises questions of historical and aesthetic integrity, we must apply the same questions to remastered editions of old films. In both cases, a sacrifice of historical precision results in a more comprehensive aesthetic experience. It seems, then, that at this point of cinematic history, Loznitsa’s ghostly hybrid of talkie and MOS is the most authentic account of the Siege of Leningrad that is available… 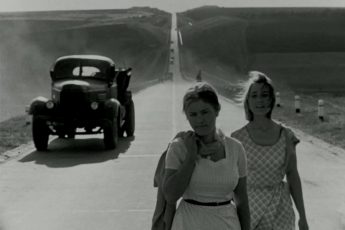