Special Delivery in the Land of Drunks and Goats 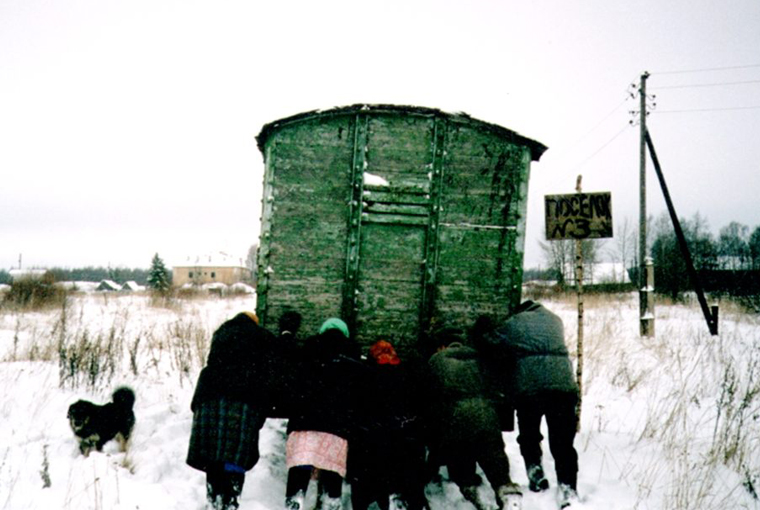 True to its title, Sergei Dvortsevoy’s Bread Day spans the course of 24 hours, specifically in “Township #3” in Zhikharevo, located 80 km from St. Petersburg. As revealed by the opening title card, this former worker’s settlement is now all but abandoned, save for a handful of pensioners and some rambunctious goats. This fateful day starts with a small group of these aforementioned elderly (primarily women) convening in the middle of nowhere during winter, in order to take delivery of a train carriage that they then proceed to push along the tracks through the blistering cold and thick snow. As one babushka claims while berating a man for refusing to help them, the previous day it took ten of them two hours to heave the vehicle all the way, and at that point it was empty and there were more of them.

Needless to say, the precious cargo demanding so much effort is the eponymous bread, Township #3 being so small that it doesn’t even have so much as a bakery. As such, this ritual represents the one time a week that its residents have access to this staple. The struggles don’t end with the hauling of the train carriage, however. Next comes the task of apportioning the bread to the citizens in a make-shift store, where fights break out almost immediately. Over the course of the bickering, it slowly emerges that there are not enough loaves to go around, and this fact in itself is symptomatic of a larger systemic issue. In this town formed solely of pensioners, pensions are not paid out reliably, obviously creating knock-on effects for the local economy. The much beleaguered woman in charge of selling the bread is forced to take a gamble every week – either the pensions won’t have come and people won’t have funds to buy it, or it will come and she can potentially end up with a shortage. With all the bread sold, her final job of the day is to get rid of the drunk and the goat invading her store, before the cycle begins again.

The whole predicament seems more like a joke about life in Soviet Russia than an actual post-Socialist lived reality, especially given the town’s proximity to one of the country’s largest cities. Nevertheless, to the great credit of the film, it manages to avoid either laughing at its long-suffering protagonists or denigrating them through pity. This is due in large part to the simplicity of the filmic approach, with no music and naturalistic lighting, which confers a strong sense of matter-of-factness. Indeed, the townsfolk themselves have little option but to simply get on with it, but they refuse to be cheerful about it either. Their misery is not overly dramatized, but rather gradually revealed in its humdrum banality.

The most striking aspect of the film and its construction is Dvortsevoy’s trademark long takes, which he perfected in documentaries such as this before adapting the technique to his fiction work, most notably Tulpan (2008). Not only does the director refute the standard convention of constructing spatial and temporal notions through continuity editing, he goes to the opposite extreme of allowing the action itself to dictate the framing and duration of each shot. His camerawork is responsive, following events as they unfold. This intention is made clear right at the beginning of the film, as if laying out a manifesto, with the opening shot of the train being pushed lasting a full 7 minutes. By lingering in this way, of course the physical exertions of the old people are made even more palpable and poignant, but it also sets a tempo that seems faithful to the subject matter. Arguments drag on and go round in circles, scenes repeat themselves – this is how time passes in Township #3.

Despite its slow pace, the film is economic with its depictions and not a shot is wasted. A scene of over-excited puppies at first appears to be an uncharacteristic indulgence into a cute distraction, yet as the mother begins to reject them and angrily chases them away, it becomes clear that this is yet another example of the harshness of existence. Likewise, the recurring images of goats gradually build to reveal them to be agents of chaos, and one more disruptive force to be dealt with periodically.

Now that two decades have passed since the film was shot, it’s impossible not to wander what has become of the town, and whether the authorities ever took it upon themselves to improve the standard of living there, or whether they simply waited for the population to die out. 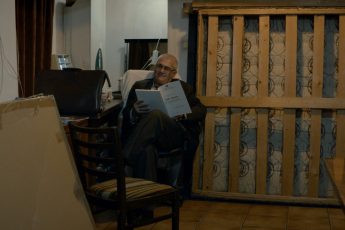