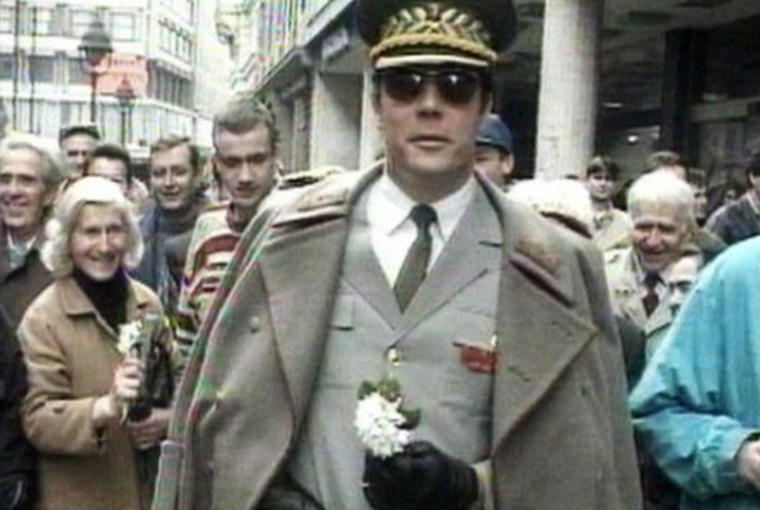 Želimir Žilnik’s films encourage the viewer to deal with a bunch of troublesome questions: How can cinema be considered “black”? How can films “document” reality? How important is it for documentary to stage reality in order to speak about it?

In 1971 Yugoslavia was considered to be at the peak of the so-called “best applied model of socialism”. But for Želimir Žilnik and his co-workers, things were not as perfect as the media and cinema wanted to convince people of. In the middle of one night, after a couple of drinks, the group decided to go on the street and see if there are homeless people – who were not supposed to officially exist in socialism – and take some of them with them back to Žilnik’s apartment. They would film this experience as well as interviews with random people on the streets whom they would ask what should be done with these homeless people. Like in Edgar Morin and Jean Rouch’s Chronicle of a Summer or in Chris Marker’s Joli Mai, the reactions of the interviewed people reveal a lot about the spirit of the time, especially people’s reactions upon realizing that reality may not be the way they had thought it was.

Black Film has at least another two interesting sides to it. By using the homeless only for his film and then letting them go back into the cold streets, Žilnik seems to make a point about documentary filmmaking in general, particularly about ethical issues regarding the use or abuse of people during the filming process. The second point is related to the fact that the filmmakers of the “black wave” talked about the negative aspects of their immediate environment and of society in general, contrary to most artists and journalist of the period who tended to idealize the regime. Tito’s regime did not deprive directors of their freedom of expression, however people like Želimir Žilnik were strongly criticized for doing “black” movies and having “black viewpoints” on social reality.

Two decades after Black Film, Žilnik stayed true to this practice. At the end of 1993, and early 1994, amid the Bosnian Wars, Žilnik decided to “stage” another documentary: Tito’s Second Time Among the Serbs. This time, he made a talented actor look like Tito and had him take a walk in the streets of Belgrade. This may sound like a farce, but soon the viewer realizes that people get “hooked” onto Žilnik’s idea and play along with the actor. They interact with “Tito” and start asking him questions or complain about the situation in Yugoslavia. Others make comments about Tito’s regime and the consequences of his death. The actor manages magnificently to stay in his role while some of the reactions of the people reflect growing divisions of the country.

In the year 2000, Žilnik released a film called Fortress Europe which takes place on the border of Italy and Slovenia, close to Trieste. Immigrants from all over the East (Croatia, Russia, Romania, and from the Middle East) intended to illegally cross this border to reach Europe. Žilnik went there with his crew and managed to find a Russian family who agreed to reenact their journey from Russia to Italy in front of the camera. This representation would allow Žilnik to enter and film refugee camps (which already looked like prisons back then), interview the border police, observe how they treat the arrested, and interview people stuck in detention centers after trying to cross the border illegally. The fact that Žilnik did not use real actors makes this docu-fiction seem a bit confusing at times, especially because the Russian family visibly has a hard time acting. Nevertheless, having them play their story in front of the camera, the way they want it, and allowing the director to access substantial information about their experience is crucial for the film. More importantly, it reflects Žilnik’s gift to anticipate unfolding events (as in Black Film, which was made when socialism started to decline or in Tito’s Second Time Among the Serbs, which revealed people’s foreshadowing of the breakup of Yugoslavia). Here, he depicts a reality that would soon become even more urgent and violent. The film was released and had a significant success. Seeing it today is scary. Again, its release did not change the evolution of things.

Žilnik’s works, the film and their background, force viewers to reflect on art and society. Do documentaries have the power to change things in society? Definitely not when they stand alone. 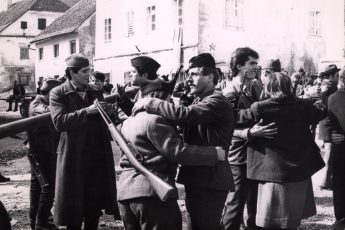