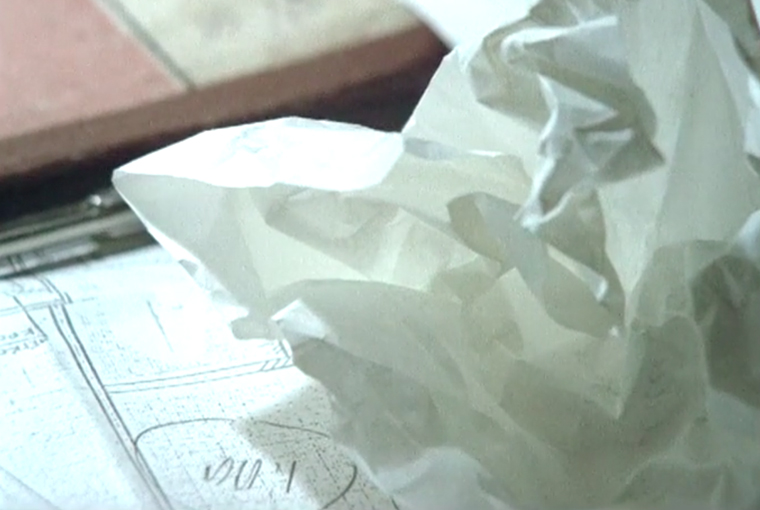 In recent years, Soviet architecture has become a cornerstone of internet culture. Visually driven websites are flooded with images of futuristic hotel complexes along the coastline of the Black Sea. Their washed-out colors make them seem like memories of a future that never came to be. Simultaneously, Instagram bloggers mesmerized by brutalist superstructures are curating endless streams of the ruinous remnants of Soviet life and living. Overexposed and with grim contrasts, these artificially grained photos suggest that fallout has always already happened. In this balancing act, Russia’s architecture of the 20th century miraculously manages to satisfy the contemporary lust for both utopian chic and dystopian shock.

However, as stimulating as some of these photos may be, they tend to say more about our present times than about their respective subject. In order to become foreign objects of fascination, everything that makes these architectures relatable, intelligible, coherent needs to be hushed by style. To a certain extent, it seems as if today’s internet culture attempts to bury the Rosetta Stone to enjoy these concrete hieroglyphs in their uninterrupted aesthetics. But this is not merely a contemporary phenomenon. Instead, modern architecture from its beginnings maintained an ambivalent relationship with its own iconography. Although being primarily concerned with function as well as its potency as a catalyst of social change, modern architecture’s reception has always been dominated by photography.

This month’s special issue attempts to contribute to the discourse on Russian and Soviet architecture by tracing its reception in film. In contrast to photography, film – although mainly being a visual medium as well – has the potential to escape the dynamic described above because it isn’t constrained to a static perspective of a building. Instead, montage has the tendency to decompose architecture’s iconic forms while narration overcomes its potential speechlessness by contextualizing it within a story. Thereby, film opens a unique perspective on both architecture’s means of construction as well as the difficulties surrounding its consumption.

This view on architecture cannot be accentuated enough, especially in relation to Soviet cinema, given that Sergei Eisenstein draws heavily from the experience of architecture – the movement through a building – when laying the groundwork for his montage theory. In his essay Montage and Architecture, he remarks that “painting has remained incapable of fixing the total representation of a phenomenon in its full visual multidimensionality. Only the film camera has solved the problem of doing this on a flat surface, but its undoubted ancestor in this capability is — architecture.” Therefore, for Eisenstein the “most perfect examples of shot design, change of shot, and shot length” is not found in a film, but in the Acropolis of Athens.

It is interesting to see that Eisenstein, who studied architecture before the Revolution, stresses the intellectual tendencies of architecture. Like film, architecture comes across as an epistemological medium that is primarily useful for contemplating perspective relationships which for Eisenstein are synonymous with the mechanics of dialectics. However, these mechanics can only be understood by moving through a building, never by merely looking at it from afar. In the same way, the camera can become a mediator by moving through a building standing in for the spectator’s own mobility. Also, it can contradict, exaggerate or simply ignore the elements of an architectural setting by overlaying it with its own perspective. This is where architecture in film becomes especially meaningful. And it is the place where the contributors to our special issue on Russian and Soviet architecture in film found the material for their analysis.

Our special issue starts off with an essay on the Soviet reception of Western architecture in the films of the 1920s by Pavel Stepanov. Lara Olszowska explores the ironic reassessment of the social condenser, an architectural concept envisioned by the constructivists during the revolutionary 1920s, in Eldar Ryazanov’s Irony of Fate (1976). Broadening the view, Anna Guboglo traces the changing perspectives on the khruschchyovky, the Soviet panel buildings, from Felix Mironer’s The Street of Youth (1958) all the way to Alexey Balabanov’s Brother (1997). Esen Gökçe Özdamar contemplates the absence of brutalist superstructures from Soviet cinema while also analyzing their potential visual impact in Stanley Kubrick A Clockwork Orange (1971). Raymond DeLuca unveils the emergence of escapist paper architecture in such films as Roman Balaian’s Flights in Dreams and Reality (1982) and Andrei Tarkovsky’s Nostalghia (1983) during the “era of Stagnation”. Finally, this issue features an essay by Maxim Plokhikh, which takes us all the way to present-day Russia and the representation and meaning of the dacha in Andrey Konchalovsky’s The Postman’s White Nights (2014) and Natasha Merkulova’s and Alexei Chupov’s The Man Who Surprised Everyone (2018). 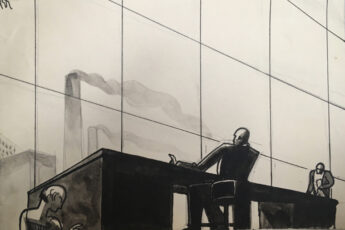 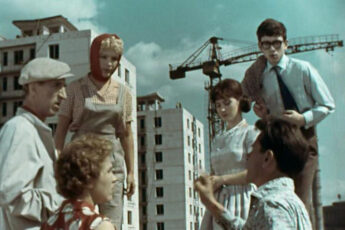 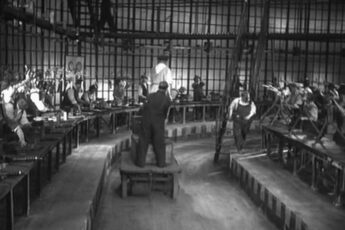