After summing up our “Hungarian year” in our previous Editorial, and before launching our regional focus on Poland in January, we turn to the problem of national (Hungary, Poland, Czech Republic etc.) and transnational denominations (Eastern Europe, in particular) as they relate to our study of cinema.

Since founding EEFB in January 2011, we have been faced with criticism of our nominal region of interest on various occasions – is Eastern Europe a correct term? Do Eastern European countries share something in common, a definite property that all of its constituent members possess? Recently, however, we have been forced to question even our national designations. While contacting artists to be featured in our special video art issue on Hungary (coming soon), most replies – whether accepting our inquiry or declining it -, stressed a lack of identification with the domestic art scene; which, inevitably, led to the question whether art scenes have a national dimension. Is it meaningful to speak of Hungarian or Eastern European cinemas as such?

In a trivial way, the answer to both the weak and strong sceptical questions is no. The region ecompassed by the term “Eastern Europe” is neither geographically precise, nor culturally or linguistically homogenous – even the Communist/Socialist past of its members differs widely in its form and extent (compare the former Soviet republics with Greece, included in our exegesis, where Communists ruled but a short time after the Second World War). Similarly, it would be difficult to argue that helmers of a particular country all share a common stylistic trait (surprisingly, most contemporary Romanian filmmakers deny the existence of a “New Wave”). It is both true that artists elude definability, and that a literal reading of a term like Eastern Europe (or a national designation when applied to cinema) unveils insufficiencies. But when we refer to Eastern European, Hungarian, Albanian, Russian etc. cinema, we do so out of convenience, not because we believe that they are perfect terms. However big they may be, there are cultural, political, social and aesthetic parallels that few people question in ordinary usage. In this sense, we don’t demand a common trait that all Eastern European countries must share (and, similarly, not a unique style that all helmers of a certain country do). If there are family resemblances (Wittgenstein) underlying these concepts, and, if in addition, it is both intelligible and used critically (in that its strengths and weaknesses are discussed when most visible), we see no reason to give up “Eastern Europea” in favor of the unreasonable counter-suggestions recently made by The Economist (which, by the way, on its blog on Eastern Europe, still uses the equally problematic term “Ex-Communist Europe”). Similarly, as long as national film institutions, national economies, national economic systems, national media, national cultures and national histories exist, a national film culture will be difficult to overcome. Still, while art may not be the place where borders can be overcome once and for all, it is a good place to start, and there are indeed filmmakers who have succeded in doing so. But to speak of overcoming, we first need to know what it is we’re trying to overcome. And that’s but one reason why we utilize problematic, but meaningful designations.

To mark the 70th anniversary of Karpo Godina, an eminent representative of the Yugoslav Black Wave, several events and retrospectives were dedicated to the work of the Slovenian filmmaker in 2013. Our current issue features three pieces from On the Cinema of Karpo Godina, a book which published during a recent Karpo Godina retrospective by the Filmkollektiv Frankfurt. Vedrana Madžar and Zorka Obrenić retrace the ways in which Godina surveys the connections between art and labour. Sezgin Boynik examines the Marxist-Leninist Roots of Zenitism, a Yugoslav avantgarde movement of the 1920s. Finally, Gal Kirn situates three shorts by Godina from the early 1970s within the framework of Jacques Rancière’s theory of the “Aesthetics of Politics”. 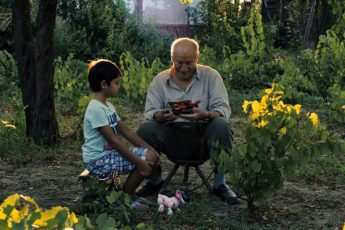