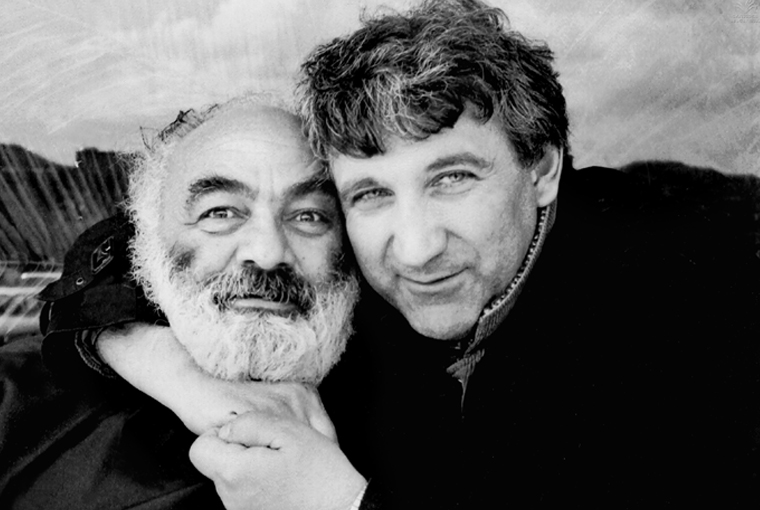 The dry humor of Eastern European comedies made under Communism has gained such notoriety that many have come to see it as a regionally specific phenomenon. Sure enough, the ambiguous sobriety with which directors reconstructed the political system they were facing – and, if to a limited extend, shaping – contrasts with other cinematic strands of the time. Who indeed would dispute the peculiarity of a Fireman’s Ball (1967), which, like so many from that time and place, works magnificently well both as microcosmic narrative and deep-cutting parable? Or the piquancy of an Irony of Fate (1976), in reality a deeply conventional and naïve romantic comedy that nevertheless gains critical traction by being based on the Soviet Union’s uniform urban planning, which has a boozed man mistake someone else’s near-identical flat and hometown for his own?

That said, Eastern European directors have seldom found a convincing way to adapt that “mock realism” (Charles Eidsvik) formula to contemporary times, with scattered attempts to reinitiate the tradition – e.g. Stanisław Tym’s, Ryś (2007), an excruciatingly bad sequel of Polish cult comedy Miś – playing into the hands of those who hold that the above-mentioned specificity of Eastern European comedies was a phenomenon that was not just regionally, but just as much historically and politically specific. Interestingly, apart from the Romanian New Wave perhaps, which is widely associated with a similar kind of humor – if clearly past-oriented and seldom producing films that are in fact termed comedies -, arthouse directors from the region have not only abandoned their tradition’s roots – which seems inescapable –, but generally moved away from the genre that was so popular among their precursors. Directors and viewers from Eastern Europe not only seem to have gotten worse at laughing at the current world order, but now laugh less frequently in a non-commercial, aesthetically ambitious context on the whole. What would have typically been the object of perceptive giggles 50 years ago – the absurdity of bureaucracy, ideology, even existence – has now largely become the standard material for deliberative meditations that probably leave most mainstream viewers, the main addressees of contemporary comedies, trembling (a reaction not entirely foreign to EEFB’s editors).

That raises serious questions for both our understanding of contemporary and past cinema, and for the comedy genre in particular. This issue, which marks our second theme-related focus after a special on literary adaptations in October, retraces prominent strands of comedy in Eastern Europe from the 1920s to the present. We hope you will enjoy the reads, which are smaller in number but greater in length than usual, and recognize hints at genre shifts of the sort discussed above.

On the occasion of our 2015 regional focus on the South Caucasus, we pay special attention to Soviet-era Georgian comedies, which gained notoriety across the Eastern Block and continue to inspire colloquial references even today. Julia Zelman revisited Kote Mikaberidze’s My Grandmother, an early, energetic parody of Soviet bureaucracy from 1929. Meanwhile, Konstanty Kuzma and Moritz Pfeifer both saw films by famed comedic director Eldar Shengelaia: Kuzma unveils nationalist and anti-collectivist sentiments behind the party-conform facade of An Unusual Exhibition, whereas Moritz Pfeifer relates aspects of irony in Shengelaia’s 1984 classic Blue Mountains – which also deals with Soviet bureaucracy – to philosophical theories of humor.