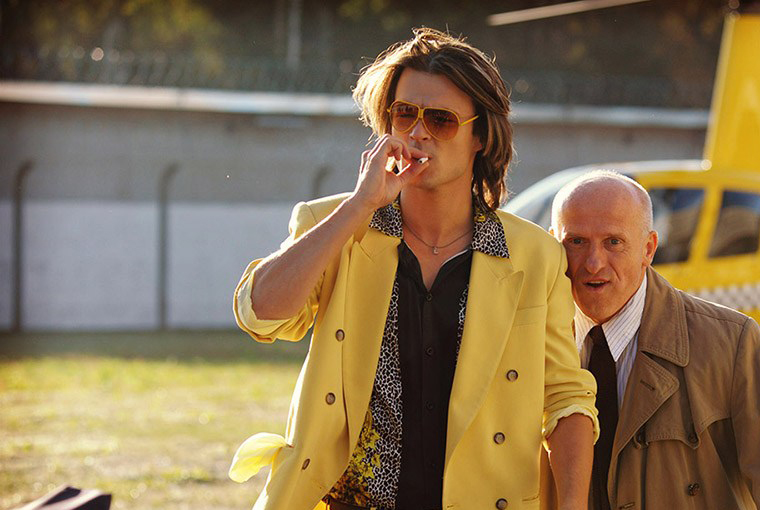 The recent world success of Ida demonstrates that Hollywood appreciates pictures different from its own typical output. But while Pawlikowski understood his work could be compelling without following a major cinematic trend, other Polish filmmakers stubbornly – and embarrassingly – continue to imitate the American film industry’s conventions. Maciej Bochniak’s “comedy” Disco Polo is a model example of a production that aspires to be a glamorous Hollywoodesque film but ends up being startlingly provincial.

Glittering costumes, celebrities, piles of money, yachts, special effects, car chase scenes, cowboys, streams of champagne, scantily dressed women and the rags-to-riches type of story – these are all elements which usually secure a production’s box office success (and often its critical acclaim). As Disco Polo opens with a scene of cowboys drilling in the desert soil to find oil, and suddenly one of them starts speaking in Polish, viewers may still hope for intelligent entertainment in pastiche-like fashion. A few minutes later, however, when that same Polish-speaking cowboy becomes a waiter in a glittering disco polo club, all hopes for laughs are gone…forever.

While there is no doubt that Bochniak is a cultured filmmaker who possesses extensive knowledge of cinematic genres, he unfortunately cannot help coming across as an arrogant student who must show off his erudition. Notably, where the use of different comedic styles in a single film can be funny, a genre mash-up (even in pastiche-like fashion) of the form Disco Polo resorts to leads both to nausea and complete confusion. Through his mixing elements of Western with slapstick, musical, action and fantasy films, Bochniak creates a disjointed piece where there is so much going on that nothing is clear or funny anymore. What is even worse, the switching between various cinematic genres is so haphazard and high-speed that even the main protagonists lose their identity and become puppet characters devoid of any emotional appeal. In effect, Tomek, the main hero who becomes the top disco polo music star, is not convincing either as a provincial Polish youth from the 90s or as a rich musician. Making him a cowboy from the Wild West in one scene, then a Polish provincial boy in another, and a few minutes later a renegade driving in a red cabriolet, Bochniak manages to destroy his character’s integrity in no time.

It is not only the hodgepodge of Hollywood genres and one-dimensional characters that make Bochniak’s “comedy” an embarrassing experience. It is also the film’s poorly written script. The filmmaker and his cowriter, Kosciukiewicz, visibly try to imitate the most successful Hollywood stories, ultimately ending up with a poor reproduction of what Americans do best. The reason why rags-to-riches stories remain so appealing in Hollywood is that they are built on the principle of contrast. In other words, the protagonist whose fate dramatically changes for the better is first situated in a gloomy and depressing environment. Would Charlie’s story from Charlie and the Chocolate Factory move us to tears if we did not see him in his half-collapsing house with the roof hole right above his little head? Would Vivian’s promotion to a better life in Pretty Woman be so spectacular if we did not witness the rot and dirt of the neighborhood where she used to live? Tomek’s pre-star life is not one of such depressing quality. Certainly, he lives in a remote Polish town; he is neither well-off nor has he any thrilling perspectives for the future. Nevertheless, his family house is bathed in sun and is full of colorful and pretty (if kitschy) things as if it were a happy village fair stand. What’s more, Tomek’s home is located near a stunning lake, a holiday-like destination rather than a place from which one longs to escape. Bochniak’s film lacks the greyness of provincial Poland from the 90s famously described by Andrzej Stasiuk. There is no contrast between Tomek’s former and future life which would, in effect, have made his spectacular new career emotionally engaging and perhaps even humorous – in truth, Tomek’s story in Disco Polo is not rags-to-riches but rather lame-to-fame.

In his aspiration to make an American blockbuster, Bochniak commits one more (mortal) sin: he uses music that is almost identical to Alexandre Desplat’s brilliant scores from Grand Budapest Hotel (or is it the original soundtrack?). Whether the musical likeness is intentional or not is less important than the rationale behind using Desplat-style scores in a production about disco polo, which is after all a popular music genre. The genre, although extremely popular in the 90s, represents for many Poles the trashiest type of music – music that is mostly associated with provincialism. Now, though, it has become a nostalgic part of the 90s when, just like “once upon a time in the Wild West,” one could make money doing just about anything. But the clash of cliche disco lines with “clever” tunes once again disrupts any sense of integrity for the cinematic work. Needless to say, there is no comedic effect or intention at all. While Bochniak found a great music phenomenon to show on screen, he did not explore the whole potential of that theme as disco polo gets completely lost among Desplat’s tunes. So even those who will go to see Disco Polo to revisit their music taste from the past, will be disappointed to see that there is not much disco polo in Disco Polo. Or rather, the film only uses the genre as a decorative element without even pretending to investigate the very phenomenon of it.

Since it is not that easy to imitate Hollywood (not only Disco Polo demonstrates this, but also another recent Polish big production, Warsaw ’44), then why are Polish filmmakers so set on mimicking American productions? Are they, following the example of Polish politicians, trying to get closer to the USA? It seems unlikely that Bochniak tried to reach international audiences with a phenomenon that is exclusively Polish. Or did he try to create a Polish version of the “American Dream”, one that is represented both on- and off-screen: a fictional story about a poor Polish youth who becomes a star, and the real story of filmmaker Bochniak becoming the Anderson of Polish cinema? If so, Bochniak succeeds in neither of the two. He creates yet another film that is merely a Polish production about Polish complexes. On and off-screen. 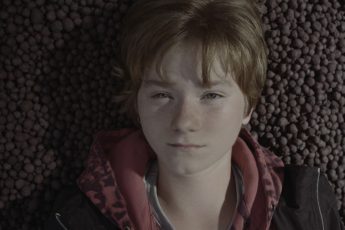 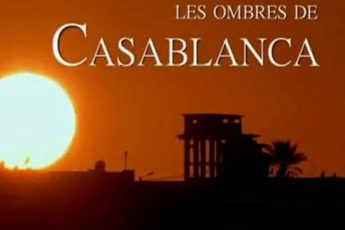