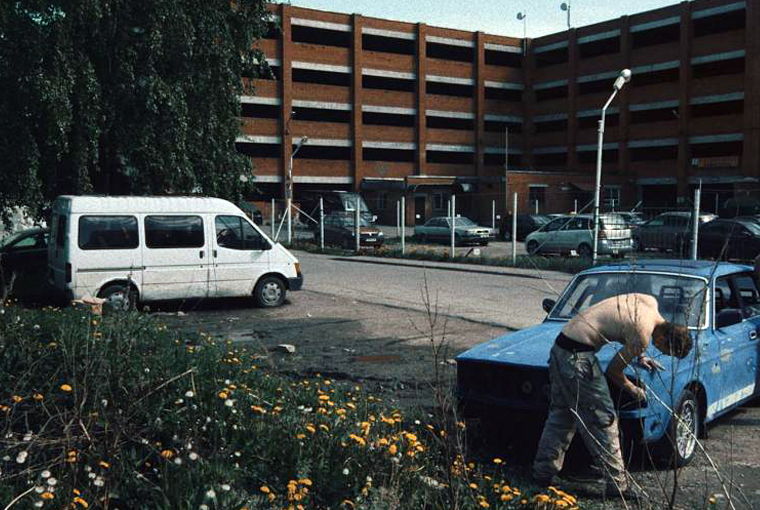 Vladimir Loginov’s direct cinema documentary Anthill explores the inner life of a massive parking garage located amidst Communist housing blocks in Lasnamäe, an eastern district of Tallinn. The building lodges 700 small rooms and an odd mixture of chiefly male, senior owners who appear to use the space for pretty much everything apart from parking cars. One proprietor likes to listen to old Russian pop songs in a defunct 1970s Mercedes limousine, a bunch of weightlifters meet to drink vodka, a lonely man practices the violin, and the guards in the front exchange conspiracy theories about Soviet surveillance technology.

Loginov calmly films his subjects in a behind-closed-doors atmosphere, leaving little room for Soviet chic. In fact, the spectator hardly ever gets a view, and most definitely not an aestheticized one, of the enormous building, an immense brick and concrete carbuncle built in the 1980s. Its surroundings, Estonia’s largest micro district that is home to over 100,000 people, also stay invisible. Instead, a look inside the garages reveals that they are strangely at odds with the brutal functionalism of the edifice.

Thus one garage owner carefully sets a cuckoo clock, while another discusses why he couldn’t hang up a portrait of Putin on his wall (most inhabitants of Lasnamäe are Russian-speaking) – the picture didn’t fit the frame. The coziness in some of the garages may seem ironic but displays a reality that fashionable photographs of Soviet concrete facades fail to capture. Human beings live here, surviving in a mixture of self-conscious nostalgia and inadvertent subsistence on the edge of society.

The fact that their possessions, obsession, and dreams are hidden away in garages is more than just a metaphor. It reveals the crude reality of people who are not only stigmatized because they are poor, but also because they represent a past everybody else is trying to forget. The force of Loginov’s film is to give a voice to people whom society has literally pushed out of frame.

One of the best scenes in the film is a photo shoot of stylishly dressed youngsters who appear to have chosen the run-down setting for its edgy industrial chic. Their gaze reflects a peculiar kind of fascination for the building and its Communist heritage: one that celebrates the abstract look of Soviet concrete landscapes as a captivating background but prefers to ignore that such buildings are also homes. The abstract aesthetization of concrete landscapes in coffee-table books and fashion magazines is an act of appropriation. It wants to make the geometrical structures of social housing blocks resemble those of financial districts. But Lasnamäe is not Tornimäe, Talllin’s financial district. And one wonders whether the people in Loginov’s film even know that it exists. 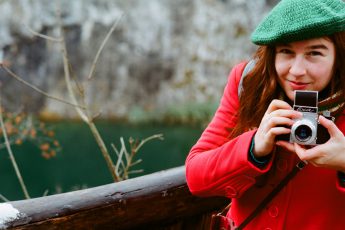