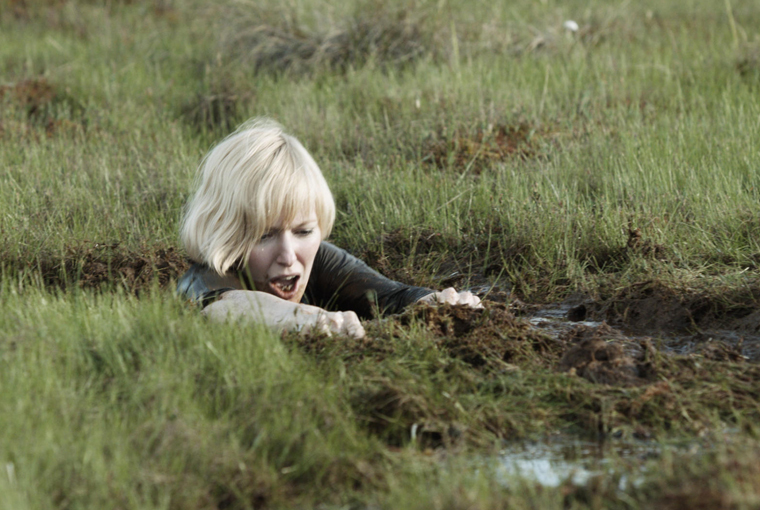 In his first feature, video-artist-turned-filmmaker Jaan Toomik explores the performative limits of a middle-aged family man called Juhan (Hendrik Toompere juunior) who leads so many parallel lives that he ends up drifting more and more into a fantasy world. Toomik follows Juhan’s daily routines episodically and in relation to numerous side affairs. The most extravagant of them is with a woman called Maria (Maria Avdyushko) whom he keeps visiting and who lives in a tent close to his home. Is she a junky who really lives there, a dark symbol for his egotistic relationship with women, or a subconscious manifestation of his own depressed psyche? Landscapes with Many Moons blurs the boundaries between reality and illusion from the start: in the opening sequence, Juhan pays a visit to a friend who had died two weeks earlier. “There are no answers and there is no one asking”, the late friend tells Juhan, who then looks into the camera as if to warn us that what is about to follow will not make sense.

Toomik’s nonlinear narrative technique and penchant for surreal experimentation nevertheless add up to the development of a fairly straightforward story. Thus Juhan lives with his wife Naine (Garmen Tabor) in a decent house in some indistinct suburb. They have a son, whom we meet several times, father-and-son-time being time spent together in Juhan’s SUV. Juhan meets most people with a distant and unwilling attitude that he also inflicts on himself, any access to his emotions and inner life escaping him. Juhan’s conversations with his son border on monologue, a solipsistic point of view the film imitates aesthetically by not showing anything that could contextualize a situation outside of Juhan’s mind.

What exactly is going on in his mind is hard to tell. Suppressed feelings are a recurring motif in Toomik’s film, especially in Juhan’s relationship with attractive blonde Anu (Jaanika Juhanson), another woman with whom he has an affair. Some of the film’s most ironic scenes poke fun at their inability to communicate. They share feelings telepathically (through voice-over) and later by making faces.

While these gimmicks and grimaces are more humorous than they are scary, darker demons slowly take over. When Anu (Jaanika Juhanson) drowns in a swamp in front of an indifferent Juhan, one wonders whether his fantasies might be more serious than that. Sadly, though, Toomik never develops his Jekyll and Hyde scenario, and the many violent visions of his protagonist – a raging hitchhiker in the rear window, paranoia in a supermarket – soon wear out.

Even though the protagonist advises his audience not to ask questions, the old-school psychology in his film seems to be less opaque than it may have wanted to be: with his million-dollar-view house, SUV, wife and son, Juhan simply personifies social hypocrisy, an age-old struggle between outward respectability and inward lust. Even the talking wild animals that are quite symbolically wearing suits in the film’s final sequence are unable to provide for the intended nonsense. 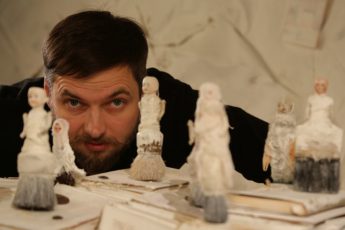