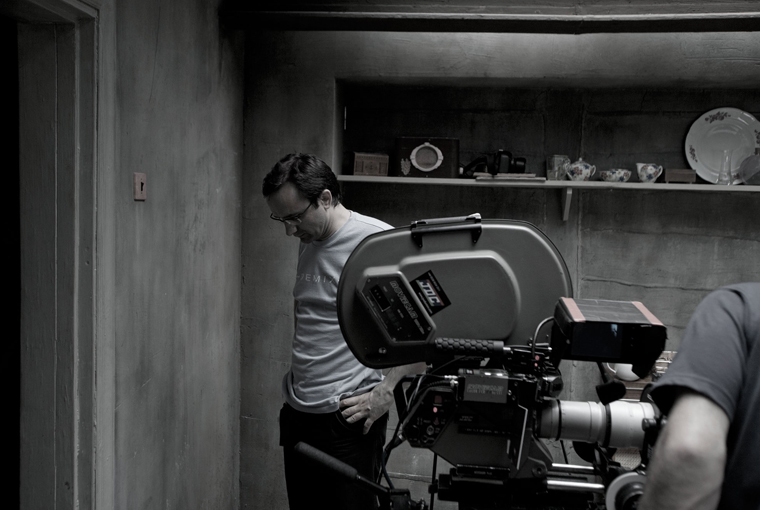 Zvyagintsev’s “Elena” tells the story of two worlds of society that meet within the realms of a marriage. We met Zvyagintsev in Cannes, where the film won the Special Jury Prize of the “Un Certain Regard” section…

One of the last images of the films shows the small baby of the family on the death-bed of the murdered husband. What future can this family expect?

That image is indeed a kind of new continuation of life. That interpretation is possible. That would mean that life is a cycle.

I think the family will obviously inhabit this place, they will make it their own. They will put marinated cornichons in the bathtub, they will construct a wall, so that they don’t have to listen to the boy crying. They will reclaim that space, which I show in the film in the sequence where they explain what they are going to do.

So they don’t loose their life, their individuality. They will not die by becoming different?

No. They are like barbarians. They impose their rules of life into every sphere they enter. This is how they will behave. I even thought about giving the film a different title, even though the title Elena existed from the start. So at one point we considered calling the film “The Invasion of the Barbarians”. Of course this title would have been too reductive, but it is essentially that.

Can Elena live with her crime?

I hope that the people who see the film will go in the same direction as I did. I tried to point out several stages concerned with her future and her mental state. For example, in the scene we did with the dead horse, when she is on the train; the scene when the light goes in her son’s apartment. Those are signs of a moral state that are almost unbearable and won’t lead to an end. She’s not indifferent to what she’s done. Those signs leave traces that she has to endure.

The horse did remind of one of Tarkovsky’s favorite metaphors…

A strong parallel but also terrible, because for Tarkovsky the horse is always beautiful and strong. But here the horse is dead. I think the dead horse is characteristic of our time. There is an absence of faith, an absence of hope for the future.

What role does television play in the film?

I think that the television is so present because it prevents the characters from seeing themselves in the mirror. They look at the lives of others so that they don’t have to look at themselves. The television is a deformed mirror, that man chooses for himself because he doesn’t want to deal with his own personality.

I know that there are a lot of young people today who don’t watch television anymore. More and more people have stopped having television at home. Young people communicate via the internet and it is from the internet that they receive information about the outside world. Television is terrible in that it degrades the image of what is happening outside, which would explain this repulsion of young people against television.

I don’t think there are other similarities. The two worlds are isolated. If you are in a car, and you are rich, you have tinted windows so that you are not seen by other people and, in return, you don’t see the life that is outside your car. If these people go and watch a movie, they don’t go into the same theaters, there are “VIP theaters” for people who have money. The two worlds don’t mix. The difference between these two worlds is colossal, the distance between them gigantic. Neither world has the chance to discover the other world. One world doesn’t have a reason to see how the other world lives, and the other world doesn’t have the means.

They don’t have the means, but isn’t a desire for money something that both worlds share?

Yes, that counts for every society. Moneys is the blood of the poor… money is the only possibility to turn dreams into reality. Both sides in the film know that. For some there also is ambition. For example an oligarch who has some 900 million, might make a billion, if he is ambitious enough.

Is it possible for Elena to resist money?

I would go even farther. I think Elena is really in love with that man, she is very convinced about her love for Vladimir. There is almost a spiritual relationship between them. If there hadn’t been the decision about the testament to make, they would continue to live their life in harmony. She tries to find alternatives to avoid having to make the decision.

But no matter what your feelings for another person might be, you favor your own self if you have the task of saving yourself, and if it is not yourself it’s your family, their lineage that has to continue. This is the priority.

Is your film feminist?

No. In spite of everything, women are still extremely dependent today, they depend on money, capital, husbands. We still live in a patriarchal society. But it’s not through a form of protest that I say this, it’s only an observation. Elena really made this choice on her own, she is conscious of what she is doing and of what she has to confront. 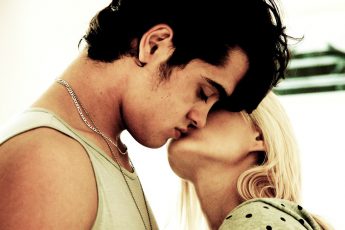 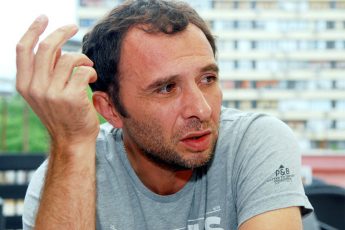