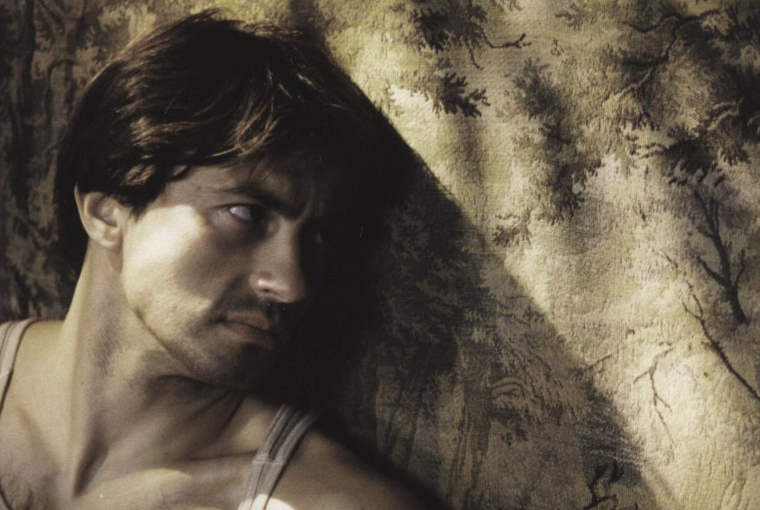 Alexander Sokurov’s Father and Son, about the relationship between a young father (Andrey Shchetinin) and his grown-up son, Alexei (Aleksey Neymyshev) is disturbing in many ways. The first sequence shows close-ups of athletic bodies firmly intertwined. Alexei is sitting on his father’s lap. Both men are dressed only in their underwear and the father soothes his son, who apparently has had a nightmare. This opening scene was one of the reasons critics speculated on the film’s homosexual undertone when it was screened for the first time at the festival in Cannes in 2004. Sokurov however violently denied these interpretations. Other critics, such as Setatskii, pointed out that the film is in search of a new Russian father figure. Having been absent from family life in society and culture, the father finally returns into family life and domestic responsibility. Other Russian films, such as Andrei Zvyagintsev’s The Return, where a father takes his two sons on a life-changing journey, echo this appeal.

Yet Father and Son tells more about absence than about shared love. Sokurov’s film does not idealize paternal affection. Something is clearly missing in this relationship, that is: a woman. The film has a lot in common with Mother and Son, Sokurov’s earlier film about a son’s unconditional love for his mother. Here too, the absence of a father seems to immerse the two characters in a dependent bind. In this film, the son begins to impersonate his missing father, sacrificing himself for his dying mother. Indeed, Alexei in Father and Son is in a very similar position to the son in Mother and Son (the sons are also played by the same actor). He struggles with the outside world, and leaves his girlfriend because the relationship he has with his father has no room for both. The real center of this film is thus women, it is their absence that accounts for an ever deepening intimacy.

The cut from the first sequence of love and affection, to two young laughing women, shows this. As if reacting to the embracing male bodies, they turn around looking in the direction of the two half-naked men, judging the scene. The women are part of a dream, and their appearance might hint at an absent desire. In response to that desire, their laughter has a mocking, if not cruel effect.

The dream’s narrative movement, from a “beautiful” desire, as Alexei explains to his father, to the autonomous laughter, threatens the feelings, the togetherness away from the dream. Thus father and son are not really together. Essentially they are alone, dreaming of women, but of women that don’t care much for their dreams, ridiculing them. “If you yourself weren’t in such a confused state, you should know how improper it is to talk about an amorous girl to a man sitting by himself” writes Kafka in his Descriptions of a Struggle. The cut from the exposed men to the laughing woman could be called an improper cut. It is very much like a dream, in a way that it lacks tactfulness. It is impolite and doesn’t care much for the feelings of its producer.

Since both men are dreaming this dream in the beginning of the film, it is obvious that what keeps them together is the absence they share in this dream. The woman thus becomes a present lack. She gives room to all sorts of transfers, personifications, struggles and envies. The father tells his son that he is “so much like [his] mother,” and the son tries to flee from having to play this role. He wants to leave, and does so in the end. In many ways, he is like his father. Like his father, he is in the army, trying to lead a disciplined and respected life. Most strikingly, he imitates his father’s position, when abandoning his girlfriend whom he still loves. He can thus, like his father, dream of a loved-one no longer there.

Films about men do not have to show homophilia, homosexuality or the like. Films about men may reveal more about woman. Sokurov’s Father and Son is a film about men, but so it is about women, of women that lack. If critics have interpreted Sokurov’s film as the father’s return into family life, why did they not stumble over the fact that there were no woman to return to? Of course, our society thinks it is unlikely that Odysseus would still find a Penelope after having left for twenty years. So what is this return, if it promises only dreams and solitude? But Alexei leaves his father at the end of the film. If he parts to search for the dream he had in the beginning of the film, there might be the hope that he, properly, will share a laugh (with a woman). 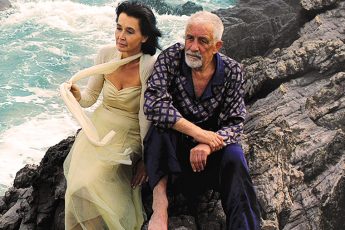