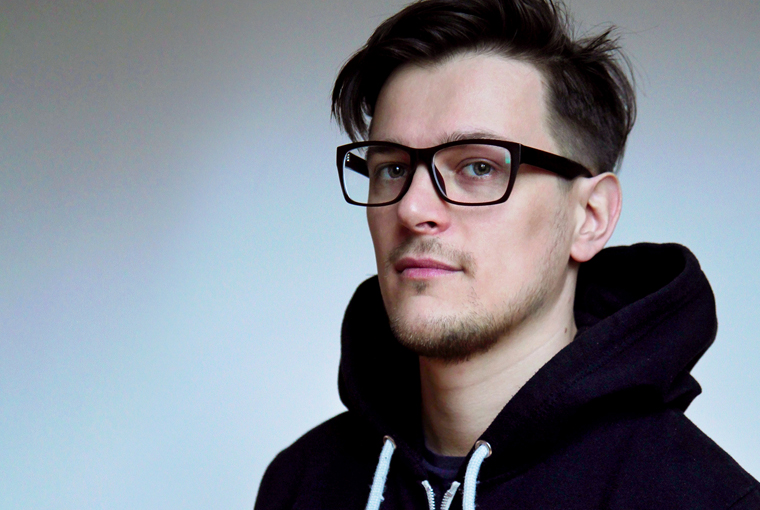 We spoke to filmmaker Lukáš Kokeš  about the docu-fiction feature “Nothing Like Before”, which he co-directed alongside Klara Tasovská. Kokeš speaks about his and Tasovská’s filmmaking method, the town where their film was shot, and explanations for the setting’s destitution.

You’re not the only director of the film, how did you and your partner Klara Tasovská decide to work together?

Actually we were classmates and somehow we started cooperating during our time at FAMU. I would say we shared the same taste for films, we had the same vision and we put our forces together. Then somehow our partnership evolved into a life partnership so now we live together, work together and discuss films 24 hours a day.

What are some of the films that you bonded over?

When we were studying at FAMU the mainstream and documentary genre in the Czech Republic was more or less done in the reportage style. Klara was studying visual arts and I was studying film history and somehow we wanted to try different methods and styles. There was maybe a little opposition from our teachers but we wanted to try something different.

The teachers are pretty open minded so they appreciate it when someone tries out their own methods.

At the One World Q & A session you mentioned something about Devised Theatre?

Two years ago I saw All These Sleepless Nights, a Polish film by Michal Marczak, it won a directing award at Sundance. It’s both a documentary and a fiction film, a kind of hybrid and Marczak used this term Devised Theatre Method in one of his interviews. Building on this method, we collaborated with the subjects of our own film, we tried to find people who are able to perform in front of the camera in some way although there is nothing fictional about the scenes we shot with them. The content of the dialogue and the interactions are their own, we just guided them with some basic topics and then they improvised. Because they are not actors it was natural and that’s what we were looking for, authenticity. It’s not like the usual reconstruction in documentaries or docu-dramas.

Varnsdorf is a small town on the border of the Czech Republic, Germany and Poland. It’s well known due to some really messy gypsy riots which were all over the news. There’s a big Roma community in Varnsdorf and Czech people can be quite xenophobic. During Communism there was a textile factory, two factories actually, and a lot of people worked there until they were closed after the fall of the iron curtain. That is one of the things that attracted us to the area, I would say 90 per cent living in Varnsdorf are living in poverty because the majority of them are only earning around 450 euros a month.

And how much would average rent be?

Around 350, this is why wages are a problem. People are forced to borrow money. Not from banks because they won’t lend to them, but from small firms with high interest rates. So these people fall into the trap of borrowing money to pay off their debts. This isn’t only a big problem in the Czech Republic! I was in Austria two days ago and they were saying on the radio that almost 18% of Austrians are struggling with low income and cannot afford to buy basic stuff.

Do you think the history of Communism plays into this problem?

I see it more as a global phenomenon. Look at Brexit and Donald Trump in America, it comes from the votes of people who are disadvantaged. There is a huge gap between those who earn big money and the rest who are struggling. One third of Czech citizens are unable to face an unexpected financial bump such as a broken washing machine, they don’t have 300 euros to spare.

In the documentary Teo tries to move away but ends up returning to Varnsdorf, what happened there?

They just needed to go somewhere cheaper. To go to Brno or to Prague, you need savings to help you get going and they just don’t have it. They have just enough to pay the rent and buy some food. Their parents don’t have savings either, they’re in the same situation.

So why not encourage their kids to get a better education and aim higher?

We come from families who have profited from higher education and so we know its value, but these parents never went to university. Most of them dropped out of school as soon as they could and started working in the factory. The kids know the same future is in store for them so why bother with school.

And how does the quality of education affect the situation?

The whole system is based on pedagogical methods from the 1980s. I think there really has to be some kind of change. Children now are only consuming information from videos and images but teachers are teaching literature and the kids do not care. We should be teaching them about media in a broader sense, raise awareness about fake news and manipulation. In Finland they overhauled the curriculum and implemented social media awareness classes using smartphones and iPads etc. I think it’s really important because technology is such a huge part of our lives now and the curriculum doesn’t reflect this.

Going back to the students in the film, how did you find your cast?

Teo, for example, we found walking in the school corridors. He suddenly stepped out of a classroom yelling something, I don’t remember what, but he immediately caught our attention. We started chatting with him and the second sentence out of his mouth was something like “maaan I’m really stoned”. He’d found some mushrooms the day before and he was telling me that he was seeing colors everywhere. That was the first day and we started shooting immediately because we knew we wanted him.

Do you feel like you achieved what you wanted to with the film?

When we started making this film I wasn’t so sure that we could make a feature length film with only one character. This is why we worked with 3 storylines. Now if I started a new film, using the Devised Theatre method, I would only choose one main protagonist and try and go deeper.