Spotlight on the Ordinary 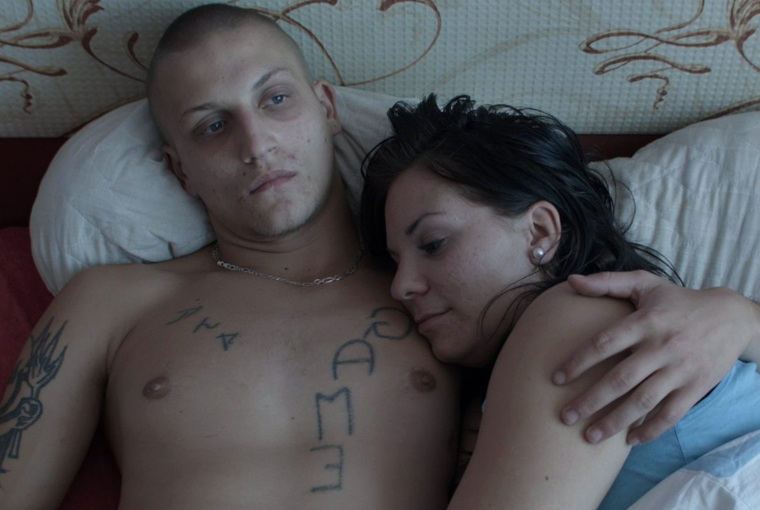 School is not everyone’s cup of tea. In the small Czech border town of Varnsdorf with a population of 16,000, many students are finding it hard to swallow. Armed with their cameras and the belief that these pupils are more than their average grades, director duo Lukáš Kokeš and Klára Tasovská took to Varnsdorf to portray four local students in the lead up to their final exams. The result is an intimate portrait of restlessness and distraction which succeeds in exploring whether the youngsters are ready for the responsibilities that are swiftly approaching.

Although the protagonists all attend the same school in Varnsdorf, the film is divided into three storylines. The effect of this is a sense of individuality during a moment of shared experience; a poignant statement by Kokeš and Tasovská, considering that school often demands uniformity as well as conformity. Perhaps this is why such a big and complex personality was chosen to open the film, a fiery young man whose second attempt at graduating does not look very likely to succeed. Teo is an archetype of adolescent disobedience who strolls into class late, smokes weed, gets a D in gardening, makes jokes and is generally nonchalant. However, the camera follows him around insistently and after all the parties, the drinking and the drugs it also reveals the DIY carpenter, the affectionate boyfriend, the Maths wiz and potential family man. Potential is a key word with this protagonist as he seems to be buzzing with untapped energy and wit which remains largely dormant due to his stigmatization as a troublemaker. Through editing his most tender and dynamic moments alongside his clownery, Kokeš and Tasovská contradict expectations and stereotypes to reveal a complex and charming person. They also capture the lack of prospects in places like Varnsdorf where the quality of education is low, jobs are few and wages are so feeble that saving enough money to move somewhere else, is a luxury.

This does not stop Renata, the second star of the show, from dreaming of life as an international DJ. Shown rolling around on the floor drunk, partying and working at a café rather than attending school, some may interpret the young lady as naïve and delusional. However, who can blame a teenager stuck between an uninspiring education and a divorce at home from fantasizing. It is easy to believe that success and progress come from within, yet doing so involves disregarding all the factors that push people to work hard and find something they believe in – factors such as skilled teachers, supportive parents, culture, economic flexibility, friends and family who show what can be possible. Renata’s mother, for one, does not seem to prioritize her daughter’s education, her social life consists of strobe lights and beats per minute and modern pop culture has taught her that it “does not matter what you do but how you look”. Teenagers are so often blamed for their lack of hard work when Renata’s story highlights the naivety of thinking that modern society gives them everything they need in order to flourish.

Anička and Nikola seem to be the lucky pair of the film as they are sent to Greece for an internship and the chance to broaden their horizon. With their story, the idea that external factors are responsible for adolescent apathy is contradicted. The two girls are close friends who come from the same background but react in entirely different ways to their first real job and first foreign experience. During an intimate moment on the balcony, Nikola comforts the homesick Anička who can no longer endure the food, the sweating, the blisters and their nasty manager. Nikola on the other hand sees the positive side of things, is grateful to have traveled, excited to meet new people and copes more easily with the job. As we can tell, personal outlook does have an effect on personal experience. Nevertheless, it is the privilege of travel that seems to awaken something in Nikola. Upon their return to the Czech Republic, the girls’ balcony conversation is mirrored in the surroundings of Varnsdorf where their hunched postures and muted discussion betray the deception of going back to the old routine.

As for the rest of the cast, the story ends just as it is about to get interesting. 92 minutes are consecrated to just 4 personalities, providing depth of character and a certain level of understanding. As a result it is disappointing not to find out how things progress for them. Nevertheless, this brutal cutting of the narrative is a reminder of the brutality of coming of age. At one point school is over and like little chicks leaving the nest, everyone has to jump into the abyss. Of course this is no revelation but what Kokeš and Tasovská achieve in simply following a handful of people, is to shine a spotlight on the ordinary; which 2 years of patient filming and attentive editing show to be anything but. 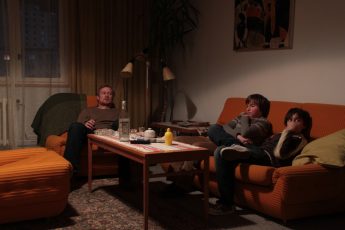