On Daisies: Does it matter? 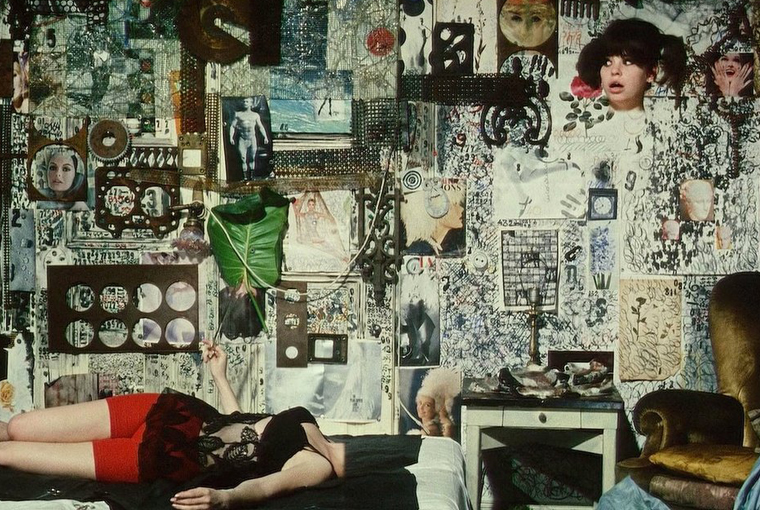 Yet for for the Czech authorities, for critics, and for Chytilova, it does. It matters for the Czech authorities, who denounced Daisies for “having nothing to do with our Republic, socialism, and the ideals of communism”1. It matters to Chytilova, who was banned from showing the film in Czechoslovakia for a year after production and then refused the state funding that she was dependent upon to continue her work. It matters for the Bergamo Film Festival in Italy, which awarded the film the Grand Prix in 1967. And it matters for Jean-Luc Godard, who criticized Chytilova for her “incorrect attitude” and complicity with bourgeois cultural values.2

The film itself hinges on the idea of significance. The opening and closing credits of the film show apocalyptic scenes of destruction: houses collapsing, ships and airplanes on fire, smoke pouring from buildings, bombs from afar. Yet sandwiched between these passages is footage of two young women, Marie 1 and Marie 2 doing what, societally, may be considered the most insignificant of act : aimlessly making collages, eating, sunbathing, dressing.

These acts are prefaced by a first sunbathing scene, in which the Maries decide to be “bad” :

“Everything’s gone bad in this world” Marie 1, the brunette, states.

“What do you mean, everything?”

“In this world…you know what? ..so..” Marie 1 pauses and turns to her blonde counterpart.

This is the first occurrence of ‘Vadí?’ ‘Nevadí’ in the film, and the only time when “Does it matter?” isn’t immediately followed with a negative response (“It doesn’t”). Instead “Does it matter?” cues a scene where the girls are seen tumbling onto an unkept field where they eat fruit from a biblical looking tree. Does it matter? Either the question is never answered, or the film itself is the response.

Yet critics have refused to condemn the Maries as Chytilova and the Czech government do. Bliss Cua Lim argues that the marionette-like movements of the main characters, their lack of human emotional attachments, their constant scenes of getting dressed and undressed, in a word the doll-ness of the Maries, “is retooled as a celebration of female recalcitrance”4. Similarly, Katarina Soupuk argues that the “carnivalesque strategies of inversion..and parody” employed by the girls make “a mockery of patriarchal constructions of femininity”5. Indeed, it is hard to deny the satisfaction of watching the two girls exploit the oppressive attentions of older married men for extravagant meals or devour a decadent banquet intended for bureaucrats. More triumphant than the music that accompanies these scenes is the characters’ carelessness: they occasionally remark that stealing is bad, but their quest for “badness”, their apathy, and their lack of principles, create a sexily coherent interior logic.

The effect is similar to watching The Jersey Shore, the popular kids in high school, or children: disdain for their careless and apolitical behavior meets fascination and near-jealousy for the coherence of their ideology. The Jersey Shore‘s creed “Gym. Tan. Laundry” is beautiful in its simplicity. Does it not immediately put to rest all concerns about the political effects of our actions, our place in the world, the ethics of work and personal relationships? When a child cries “Mine!”, is there not something tempting in a pure reclamation, without (probably) regards to surrounding people, institutions or ethics? In other words, nihilism is tempting.

Popular high school students and children define social codes by their very actions and thus are both lucky and incapable of parody; The Jersey Shore, on the other hand, plays up coded normative behavior to a self-destructive parody. Daisies takes the exaggeration of coded normative behavior one step further: not only are the Maries themselves destroyed as they over-act the role of Woman, their actions mock societal expectations to the point of inverting them. When Marie 2 orders a feast on the bill of Marie 1’s sugar daddy at a restaurant before abandoning him on a moving train, the girls turn the “normal” exploitative relationship trope on end. When Marie 2 plays “hard to get”, she doesn’t deny her sexuality in order to conform: her pleasure seems to come from putting her spurned lover on speaker phone as she castrates sausages and eggs with scissors and eats them.

Few other films show women enjoying consumption and destruction so carelessly. Romance by Catherine Breillat comes to mind. The female lead is also doll-like, also consumes and destroys by facilitating the exploitation of her own body, and also ends her story through a final destructive act. Yet Breillat’s character recognizes and values the gaze of others – at least until she destroys them. The opposite is what allows the Maries to be truly liberated: careless, they refuse to be beholden.

In Daisies, this matters. It matters because to be beholden, is, in a sense, to exist.

Marie 2 : “And who says we exist anyway? That you even are?”

Marie 2 : “Well, precisely. Otherwise, you’d be lost for proof! Listen, you’re not working anywhere, you’re not registered at this address…. So you see, there’s no proof anywhere that you exist.”

Soupuk reads this exchange as a sarcastic reference to the high amount of documentation and bureaucracy under the Czech Communist regime. Yet it also underlines how “going bad”, for the Maries, has entailed cutting off all ties with humans and society. They disregard phone calls, steal from those who try to befriend them, and get themselves kicked out of the only social space they enter during the film (a cabaret) by ignoring the personal space of others. They refuse to be beholden twice over: unwilling to be obliged to others (by remorse affection, affection, etiquette or care) and unwilling to value their gaze. Mocking the system and the subjectivities around them, they become floating signs: ghosts that play alone for the last 18 minutes of the film, in a world that’s all their own before they die.

In a striking contrast to the director’s official statement on the significance of the story to show evil, the death of the Maries is treated as a triviality. Does it matter? Nevadí. We learn that “this film is dedicated to those whose sole source of indignation is a messed up trifle”. Whether the “messed up trifle” is the ambiguous existence of two young gourmands or their crimes (litterally the destruction of trifles), the dedication implies that a reaction would be gratuitous. ‘Vadí ?’ ‘Nevadí.’ 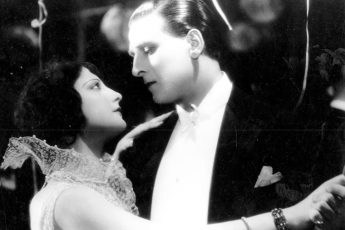