Which Side Are You On? 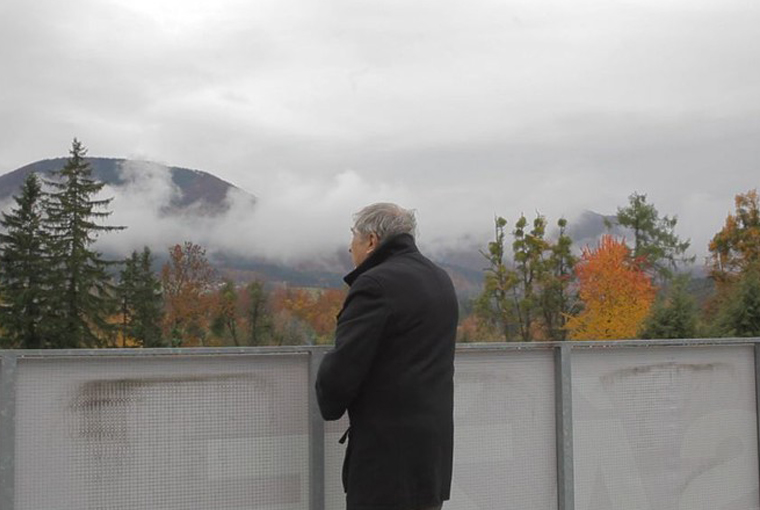 The Dangerous World of Doctor Doleček follows a fascinating premise: a director whose extended family fell victim to the Srebrenica massacre decides to make a film about one of its most prominent deniers, a Czech doctor by the name of Rajko Doleček. As we find out through an early voice-over by the director, Doleček was once famous across Czechslovakia for his obesity research and one of many intellectuals who played a part in the country’s Velvet Revolution. Today, he is more popular in his maternal Serbia, mainly because of his close friendship with Ratko Mladić, the former Serb general who stands trial in front of the International Criminal Tribunal for the former Yugoslavia in Den Haag for his involvement in the Srebrenica massacre and the Siege of Sarajevo. The fact that both Doleček and Bartošová are Bosnian/Serbian by extension gives their conflict an air of proxy war, though it may also be what makes the project possible in the first place.

Doleček’s willingness to indulge in his Mladić affiliation immediately captures the viewer’s attention. Here is a man happy to present his personal memorabilia in front of an audience not evidently on his side (though it is unclear how open the director is about her critical intention at the start of the project). After a few revealing sequences at Doleček’s home and office (where he asks to be addressed with his academic title rather than the colloquial “Mr.”), Bartošová and Doleček agree to go on a joint trip to Serbia, and, in passing, to Srebrenica. The first part of the trip is to account for Doleček’s position on Serbia, whereas the last part is to confront him with Bartošová’s. It is in Serbia that Doleček fully unveils his theatrical talent as he takes Bartošová and the viewer on a journey through his second homeland (his first one, which Doleček himself credits with his working discipline, being the Czech Republic). The first major stop, a pro-Serb conference with the comically tendentious title “Global Peace vs. Global Interventionism and Imperialism” is what its name suggests it is: a congregation of the like-minded where Doleček’s pathetic and vapid speech is met with great enthusiasm. A subsequent meeting with a high-ranking cleric from the Serbian Orthodox church who provides his account of the “crimes” committed in Bosnia (which boils down to relativizing truisms such as “war knows no heroes”) is the first venue for the two positions to explicitly clash, though the ceremonial setting and diplomatic ductus of the meeting prevent a proper escalation.

The camera, which diligently follows Doleček and director Bartošová (increasingly acknowledging the latter as a co-protagonist), shuns experimental moves, largely seconding the detached, purely diegetic score. Only sometimes is the linear narrative super-imposed with a voice-over commentary or multi-layer shots (one of which features Bartošová watching Doleček on a local TV station while she lies down on her hotel room bed). Partly due to this straightforward filmmaking style, and partly because Doleček’s self-staging, while generally inspiring, becomes increasingly redundant, the viewer gradually loses interest in the story. The viewer’s detachment is unnecessarily enforced by clumsy hints that Doleček and Bartošová may skip Srebrenica altogether due to Doleček’s sudden claim that they never agreed to go there.

The conflict looks more threatening to the story and Doleček’s composure than it first seems. In fact, it turns out that his overbearing persona is too much for Bartošová to handle. Behind the soft facial features and a tender laugh, there hides a manipulative egomaniac whose belief in himself appears unshakeable. (At times, it even feels as if Doleček were merely putting on an old man’s mask to convince us of his likability.) When the unlikely duo finally visits Srebrenica after repeated attempts by Doleček to back off from his commitment (at one point, he even threatens to quit the project altogether), he’s ready for Bartošová’s ever naive questioning. Her naivety doesn’t consist in her weak argumentation so much as in her belief that arguments could possibly make Doleček waver. A man who’s spent years challenging what he perceives as “lies about Srebrenica”, building part of his fame and personality around this very phenomenon, Doleček knows very well what the arguments against his position are, and how to answer them. How could gravestones change his mind when he’s had access to all the evidence one could possibly ask for?

Unfortunately, Bartošová doesn’t seem to realize that disagreements about historical facts as secure as those about the Holocaust or Srebrenica run much deeper than a film could unveil. After all, challenging the validity of such a historical event is incompatible with our whole system of evidence: everything within its scope proves that it happened. This is why, against the background of historical denial, the move to conspiracy theories is perfectly rational. How else could one explain all the images, testimonies, graves, excavations, or even the universal condemnation by the international community? Doleček’s denial is the orbit around which his other beliefs revolve. This makes it hardly conceivable – as Bartošová rightly observes – that Doleček could challenge a belief as fundamental to him as that. After the disappointing realization that Doleček won’t back off from his position, which was curiously presented as the documentary’s sole aim, the film draws to a close with no particular purpose, degrading Doleček’s late meetings with Mladić’s son and the man himself (behind closed doors, of course) to mere oddities devoid of meaning. Ironically, Bartošová herself raises the question why she followed Doleček for so long, accompanying him all the way to Den Haag. Is it because she was looking for a way to save the movie?

In view of the epistemological depths of the issue, and the existential gap it opens up between people of opposing world views who genuinely want to communicate, Bartošová’s film is blatantly banal. The issue is not her subject matter, let alone its fascinating protagonist, but an inability (or unwillingness) to reflect on what she’s observing. A bit more of the reflective voice-over could have turned the film into a magnificent film essay. As it is, we’re left behind at the exact point where Bartošová’s journey began, with the hope of looking into Doleček’s fascinating, but impenetrable mind. While that hope had to be frustrated, it could have been frustrated in a more revealing way…