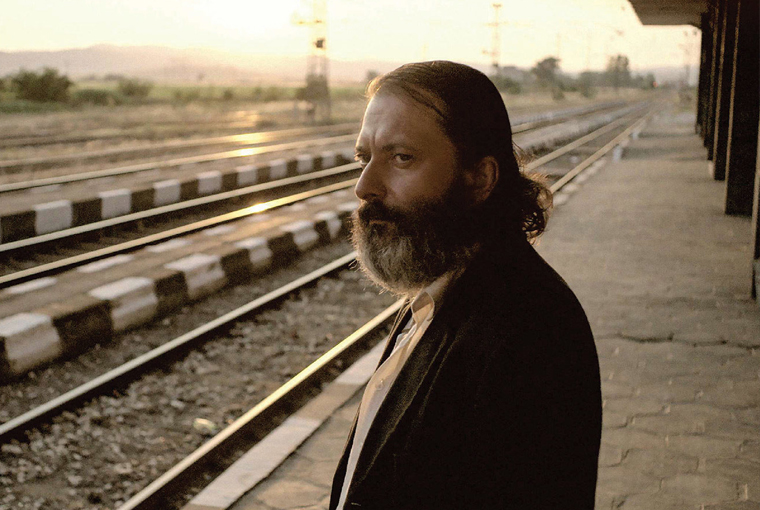 Slava”, the original title of Kristina Grozeva and Petar Valchanov’s second feature, is not only the Russian word for “glory”. It is also the company name of one of the Soviet Union’s biggest watch manufacturers, known for producing affordable mechanical watches. A Slava watch is likely the most valuable and certainly the proudest possession of lineman Tzanko Petrov (Stefan Denolyubov), who lives in a rundown cabin he shares with a rabbit flock in the outer boroughs of Sofia. A loyal employee of the nation’s transport service, he spends his days repairing and maintaining railway tracks for a meager 300,- Bulgarian Lev/month (roughly 150,- euros or ten times less than Blugaria’s median income). Things can’t get worse. However, when Tzanko discovers an attractive sum of cash spilled over the train tracks and decides to report the treasure to the authorities, a downward spiral into corruption and evil ensues that make his former life look idyllic. The time is out of joint.

First there is the Transport Ministry’ communications officer Julia Staykova (Margita Gosheva). A ruthless careerist, she packages Tzanko’s act of honesty into a PR campaign for the Ministry – the perfect opportunity to boost her own professional standing. During the press conference, Julia forces Tsanko to take off his timepiece. She needs his naked wrist to wrap a digital clunk around it presented to Tsanko as a gift. The watch, of course, turns out to be dysfunctional and, even worse, Julia loses the original Slava. Tsanko wants it back. That’s when he meets investigative journalist Kiril Kolev (Milko Lazarov), who tries to uncover a corruption scandal that involves the ministry’s knowledge and possible participation in a smuggling scam in which Tzanko’s railroad colleagues play an essential part. And so Tzanko is on TV again, all the while thinking that Kiril’s show is a way for him to get his beloved watch back. Julia doesn’t let Tzanko tarnish the ministry so easily, however, not to mention Tzanko’s fellow linemen, who make it rather clear to their colleague how much they appreciated the extra money they earned through bribes.

Slava borrows from the realism-mixed-with-black-humor of recent Romanian films and from the moral universe of the Dardenne brothers to depict a dog-eat-dog society on the brink of collapse. Small depth of field, handheld follow-shots and well-timed editing enhance suspense and immersion. Compared to their previous film, The Lesson, the directors have added a good dose of grime to their mood repertoire. Nevertheless, for all its grittiness, the film neither manages to convey the natural quality of outstanding realist cinema nor the humanism that is written into the fabric of notable moral narratives. Too often, Slava simply appears too constructed, many scenes purposefully demonstrating that things are more complex than they seem.

Take Julia. Already her evangelically patient and caring husband makes you wonder. Can she be that bad? The poor woman even feels the need to get her eggs frozen in order to keep up the work paste. There’s certainly enough evidence to clear Julia of moral responsibility. Perhaps she is as much a victim as Tzanko. The problem with these admittedly well-crafted plot twists is that while they are obviously intended to further the complexity of the characters’ moral standing, they fail to really tell us anything deeper about Julia’s character, for instance by making her look more human through the way she speaks, feels, and interacts. The same goes for Tzanko, who could be considered a holy fool, if his obstinate quest to get his watch back (as well as the film’s “surprising” ending) wouldn’t make him as self-interested as anybody else in the movie. The grand finale thus also falls flat as a calculated effort to balance out Tzanko’s flawless character. A more cynical reviewer may speak of diplomatic blame sharing.

By the end of the film, we don’t know what Tzanko really felt for his watch and why. Did he like it so much because it was a present from his father whom he loved? Did it remind him of simpler life or another era? What kind of emotions does Tzanko have hand-winding his watch every morning? Is it nostalgia? Or does the second hand, as it imperfectly glides around the dial, bear the promise of a brighter future? The point is that we can’t answer these questions because Tzanko, as a human character, doesn’t exist in the film. Like the rest of the characters, he is reduced to a cipher, who gets tangled up in external plot devices without being allowed to act in them. Evolutionary biologist Richard Dawkins once criticized the watchmaker analogy – a proof for the existence of God which states, by way of an analogy, that a design implies a designer. Dawkins pointed out that the complexity that arises from living organisms may be of a different kind, since living organisms can act by themselves (reproduce, naturally select, etc.). Slava‘s vision on the complexity of human life is much like that of someone who believes in the watchmaker analogy. It regards its characters as inanimate wheels in a grand complication.