Night Riders in the Land of Optimists 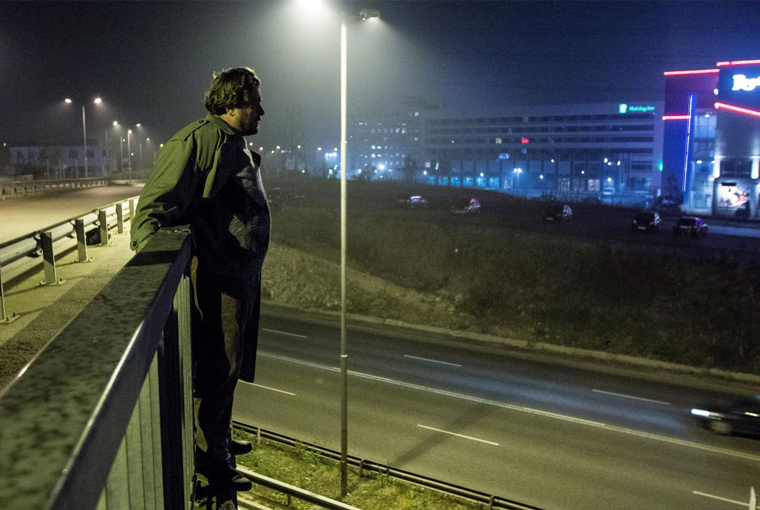 Directions was inspired by an observation that only three types of vehicles can be found on the roads of Sofia at night – police cars, ambulances and taxis. As such, the film marks the first episode of a planned trilogy, starting with the latter category. The scenario is established during an extensive prelude detailing the unhappy fate of Misho (Vassil Vassilev), a small business owner and caring family man who is forced to drive a taxi in his spare time to make ends meet. When faced with extortion and blackmail from the very institutions that are supposed to be supporting him in his efforts to escape misery, he snaps and shoots his banker (Georgi Kadurin) dead before turning the gun on himself. Later that night, radios in taxis throughout the city are ablaze with discussions between hosts and callers dissecting the morality and greater social context of the tragic event, setting the stage for a series of linked vignettes involving six different cabbies.

The radio talks and nocturnal encounters revolve around the classic Eastern European disaster porn themes – unemployment, corruption, mass emigration and insidious violence. Underlining the critical socio-economic situation, many of the taxi drivers have totally separate day jobs, ranging from teachers to a priest. The passengers span an equally broad section of society, from drunken teenagers and adulterous couples, to doctors and lawyers. One taxi driver (Assen Blatechki) talks a man out of committing suicide from a bridge (his sixth suicide rescue in two years), one passenger gets into a fight when his driver tries to scam him, and the sole female driver (Irini Zhambonas) coincidentally picks up a man who played a key role in shaping her past.

The stories themselves are fairly hyperbolic, bordering on the absurd at points. This anti-naturalistic impression is further accentuated by the slightly unnecessary linking of the narrative strands and overreliance on coincidence to drive the story forward, when the format could easily sustain itself without it. However, the potentially grating effect, together with the heaviness of the topics addressed, are mitigated by the engaging nature of the characters and the sprinkling of poignancy and humor. A notable and technically impressive layer added to this comes from the use of single takes for each scene, the longest lasting 18 minutes, with the actors driving in genuine traffic the whole time. This approach not only adds dynamism but creates a sense of temporality and geography, helping to map the sociological space of the city itself at a given moment.

Indeed, much of Directions is drawn from real life inspiration, such as the frame narrative of the shooting (although it goes without saying that the retelling here has been adapted to fit the film’s agenda) and the high incidence of taxi driving being used as a second job to boost incomes to subsistence level. Apparently, there are several documented cases of priests turning to this line of work, not to mention numerous teachers and other institutional figures. As such, it is very much grounded in the specific context of Bulgaria and yet at the same time it touches on aspects that bear relevance to a much wider sphere. Clearly, issues such as the mass exodus to foreign countries and the legacy of Communism are very poignant throughout the whole region, while questions of the evolving shape of the labor market and the unstable role of the worker within it are practically universal at this point. Moreover, the fundamental idea of taking taxi drivers as a benchmark of the state of society and reflection of both commonly held and extreme opinions transcends all cultures, as anyone who has ever hailed a cab can surely attest, and as Jim Jarmusch memorably took to its cinematic extreme in Night on Earth.

The film offers up something of a manifesto for its stance on contemporary Bulgarian life in one of the earlier scenes. While en route to the hospital to undertake his last operation before emigrating to Germany, a heart surgeon declares Bulgaria to be a country of optimists, both the pessimists and realists having already left. The juxtaposition of this with the general end-times atmosphere of the city reveals the obvious intended irony of the proclamation. However, for every time one of the characters validates this ominous fatalism – the man grieving for his son (Vasil Banov) who repeatedly fails to elicit even the tiniest modicum of sympathy from those around him being a strong case in point – there is a counter incident in which someone else demonstrates tenderness or humanity, or at least shows regret or restraint at the last moment. It remains to be seen how far Stephan Komandarev will tip the balance of optimism and pessimism in his two forthcoming sequels, but it will certainly be a tough act to follow in terms of filmic accomplishment. 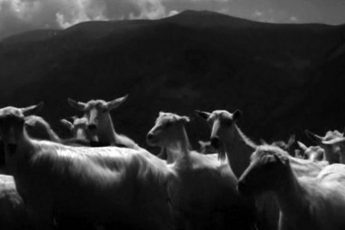 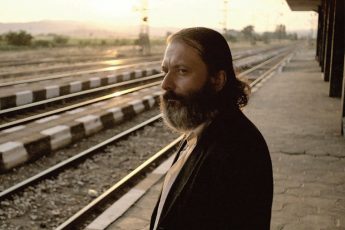