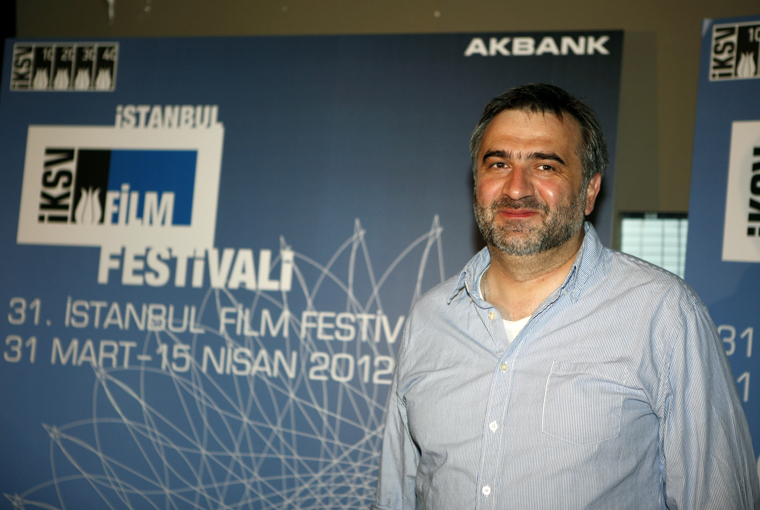 Bojanov’s debut film tells the story of Kamen, a hitchhikerwho meets a young woman while traveling from Sofia to a small town close to the Romanian border. While Avé, the woman, tells Kamen that she is traveling in the same direction, we soon begin to doubt the reality she is depicting… We met Bojanov in Cannes, where the film premiered as part of the Semaine de la Critique program.

Avé is the main character of your film. She lies to everyone she encounters and in an interview you described her as “alienated” from society. Does she also lie in order identify with society?

Absolutely. The people she meets feed her imagination. She has the ability to transform, to switch from one role into the next. It’s not just innocent lying. She fully transforms into the characters she invents, who are definitely influenced by the people she meets. For example in the fist car scene, she meets this rather naive average family, and immediately comes up with the story of a brother and a sister because she knows that this will be something endearing to them. In the scene with the truck driver, when she sees his sexual appetites, she invents a story about her non-existent sex life with Kamen, the teenager she just encountered on the road. So the roles she plays are very much affected by the situation, the environment, and the people she meets. This transformation peaks when she meets the family of Kamen’s friend who killed himself, and pretends to be the friend of the deceased although she has never seen him.

Can this character live without these transformations? How are we, as the spectators, able to know her?

Her identity constantly changes. She’s a character we cannot pin down to certain stereotypes, and this is also her charm. It is true that we never know who she is except at two points in the film where we see her family, and we see, in fact, her brother who is in a coma. Those are the only moments where the viewer realizes that there actually is a brother, that there is some kind of reality parallel to her lies. That reality is rather tragic. The only person she seems close to is that brother who dies at the end of the film. So behind the role playing, there is a real human drama.

What reality does Kamen represent, the boy she accompanies throughout the film?

Kamen starts off as a very withdrawn person. He is compelled to tell the truth at all costs. Even as they meet this devastated family, he is unable to hold back his own feelings and views. He asks the family “what is the point of living,” when they have just lost their son. So he is really philosophically dedicated in telling the truth, a kind of catcher-in-the-rye-syndrome. But at the end of the film, he not only tells his first lie, but also repeats the first lie the girl told. And we see him smile as he tells it. That was a way to show that character’s transformation. He only smiles twice in the entire film. He is a very sombre character, like many teenagers in the search for themselves, who believe in something greater than society. So this smile is where the real change happens, whereas Avé continues to lie. Even after she finds out that her brother is gone, she still manages to tell a lie.

So there is a tragic aspect to lying?

This is the one transformation she is unable to overcome. Even as she pretends to be the girlfriend of the dead son, she knows that she is acting. At night, when she is in his room, it is almost as if she were in a dressing room. She lights a cigarette and sighs. But the last lie is very different. She tells this lie of a wonderful life she will have with her brother who is in Hollywood out of all places, which is a lie on the verge of insanity because she knows that she will never see him again.

Speaking of Hollywood, were you inspired by American road movies?

The biggest influence, not directly, but anyhow, was Jerry Schatzberg’s Scarecrow where there are also two characters constantly in conflict until the very end. The Road Movie genre is one I relate to very much. I am addicted to traveling, I live a very nomadic life-style. For me, traveling and being on the road is a very cathartic experience, so I like character’s who are on the move, who constantly discover themselves.

Do the characters in your film lead such a life or do they dream of such a life?

They are both dreamers. Avé lived in India, that’s one thing we assume not to be a lie, or at least I always believed her. But they are both dreaming. For them, traveling is a way to escape reality. It is universal rather than endemic to Bulgaria, where the film takes place.

So there is no specific Bulgarian context, for example of social or political homelessness?

I don’t believe the story is specifically Bulgarian. The characters are isolated being in this very fragile period of their life- absorbed by different interests than their peers. In terms of the question of the home, I would say it is an alienation from society. In the case of Avé, the main female character, partially she lies to protect herself from her own family, from a very dominant mother and a father who is dedicated to his job. Her lying could be described as a form of homelessness- first, from her own family, and second, from society.

What role do the locations play in your film?

I don’t live in Bulgaria anymore so shooting this film was a chance to revisit certain locations. The search for locations took place almost two years before shooting. The film also has a strong autobiographical aspect. One of my closest friends at art school killed himself when he was 19. The house where his family lived was only a hundred meters or so away from the house where we shot the scene with the mourning family in the film. I only went there once, and it affected me so strongly that during the production I never went near the house. I was surprised how emotional I still was, not in grieving – we all die – but in knowing that this person had given me something that I still carry around with me. It came back to me as soon as I returned to that place. 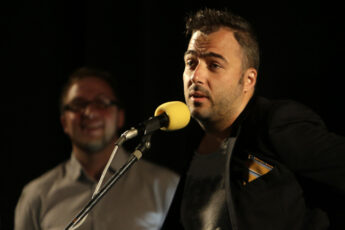 Tonislav Hristov on The Good Driver