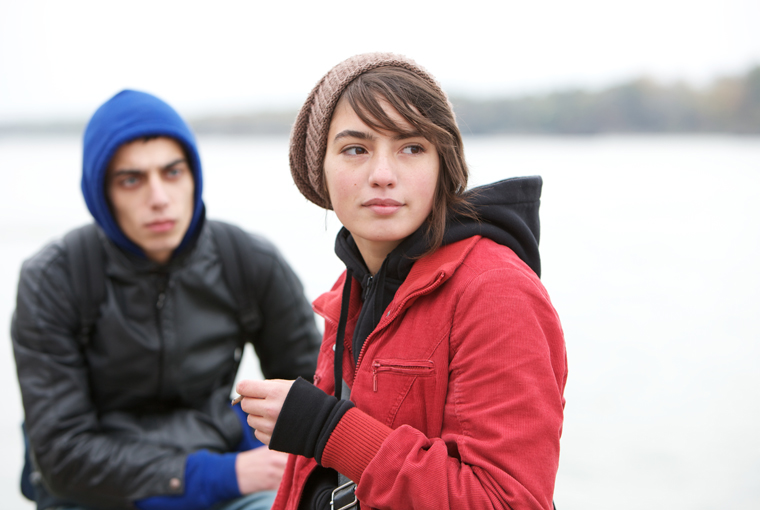 Konstantin Bojanov’s first feature film Avé follows Kamen (Ovanes Torosyan), a teenage art student, hitchhiking from Sofia to Roussé, a small town on the Bulgarian border to Romania. In Roussé, Kamen wants to attend the funeral of a friend from school who killed himself under unknown circumstances. On his way, Kamen meets Avé (Anjela Nedyalkova), who, as fate has it, is also hitchhiking to Roussé. At least that’s what she tells him. Later in the film, she also tells him not to believe in everything she says, and what she says turns out to be crucial to this road-trip. Her invented stories help them to get along on their journey. As she imagines herself being the girlfriend of the dead boy, Avé releases some of the family’s pain. Kamen, on the other hand, is not capable of not telling the truth. Where Avé was able to console the friend’s family, Kamen tells them that they lead miserable lives. But his obsession with the truth leaves him rather lonely.

Indeed, lying is at the heart of this film. An opposing relation to truth separates the two main characters. Kamen disapproves of Avé’s inventive imagination, but he has to admit that it helps them get going, that Avé is quickly liked by the people she meets and that, in return, she has the ability to make other people happy. Telling the truth on the contrary doesn’t lead anywhere, at best into an enclosed universe.

But one might conclude too quickly that Bojanov’s film celebrates lying, as another grand voyageur Huckleberry Finn did, who most famously lied to get out of the most impossible situations. In the end, the lies in Bojanov’s film help the two main character’s to find the truth. They reveal to Avé that she cannot escape the truth, and that imagination might turn its back on the reality she invented. This can be seen most clearly when her brother dies and she pretends that he keeps on living. This is the film’s last sequence. Once again, Avé is in a car and her ability to turn into an imagined version of the people she meets makes her play the role of being the sister of a Hollywood director. Lies can help and they can be pragmatic. But there is a difference between changing roles, playing games like Huckleberry Finn does, and living in a world where lying becomes the only possible truth. The last sequence of the film is extremely tragic. It makes you realize that you have experienced Avé only through the people she met, that you yourself have only imagined this young woman, and that you cannot possibly tell who she is. When Avé starts crying, we can only hope she realizes that those tears are her own.

So if Avé comes to find that not every situation in life needs to be told through an alternative version, Kamen realizes that not everybody he’s talking to needs to know the truth. He certainly learned this through Avé. Giving her homage, he repeats her first lie – that he is on the road to visit his sick grand-mother – to a stranger he meets on a train.

Both parties in this film, the truth-seeking Kamen, and the truth-avoiding Avé, end up doubting their relationship with truth. At the end of the film their roles are reversed, Kamen taking on the role playing, Avé the sombre countenance of her companion. Both also realize that their relationship to truth left them rather lonely. If the lie Kamen tells in the train is the first “real” conversation he has with a stranger, Avé’s lie in the end might be seen as the first conversation she has with herself. Kamen’s journey leads him outside himself, while Avé finds a way back to herself. It is the right moment to end the film. 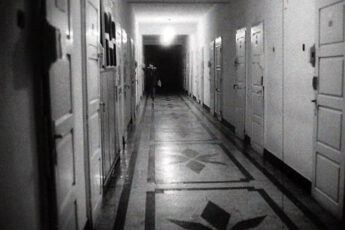