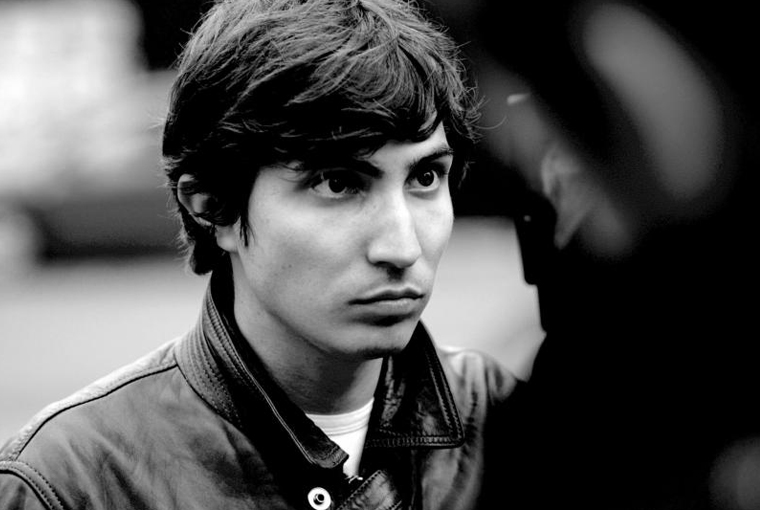 We met Paul Negoescu in Cannes, where his latest short “Horizon” is screening in the Semaine de la Critique. Negoescu speaks about the film, his views on Romanian cinema, and his upcoming feature…

What was your motivation for making “Horizon”?

Most short films that I have shot so far are very realistic, but I have begun to question this “realistic cinema” because it seems like an illusion. I wanted to make a film that looks and feels realistic but that is not in fact realistic.

Another thing that drove me to this project was this question of what lies beyond our horizon, the things that we do not know or understand.

Is this also an attempt to distance yourself from the current Romanian cinematic trend?

No, I don’t really care about such things. I think that all Romanian films since Puiu’s Stuff and Dough have been influenced by Cristi Puiu, even films of directors that don’t like him. He deserves a lot of our credit. I think that the influence of Cristi Puiu is immense, even in the work of directors like Cristian Mungiu. Still, I don’t think it’s a good idea to go in a different direction because of another director. There are a lot of directors who try to do something that does not fit with our current cinema, but it does not seem right to try something different just for the sake of being different. If I like something, I am not going to close my eyes and try to forget that I saw it.

Do you think that the perception of Romanian cinema is still the same as it was during the time that “The Death of Mr. Lăzărescu” and “4 Months, 3 Weeks, 2 Days” were released?

I think that a lot of people have gotten sick of Romanian cinema. A lot of films look alike because directors have started exploiting our success and coming up with a Romanian recipe. Everything is sold in this package of the “New Romanian Cinema”.

What do you think about the term “Romanian New Wave”?

I think the term is a little exaggerated, especially since the comparison is often drawn to France. The French New Wave was completely different from what’s happening in Romania right now, mainly because in France the New Wave was a real movement. In France, cinema was first theorized, and then reapproached. In Romania, it is wrong to speak of a movement. Cristi Puiu brought observational cinema to Romania and then others simply attempted to make similar films. Perhaps a better term would be “New Romanian Cinema”.

Of course, the term “Romanian New Wave” was not harmful to Romanian cinema. On the very contrary, a lot of films got so much attention precisely because people think they emerged from a movement, when it seems more like a coincidence than something programmatic.

You have just finished working on your first feature film – what is it about?

The story is about a guy who breaks up with his girlfriend on New Year’s Eve and, in the same night, tries to find his ex-girlfriend who he thinks is the love of his life. What I try to say in this film is that we commit a lot of mistakes in life by letting ourselves be guided by our minds. When it’s a question of love, you cannot let yourself be guided by your mind. In the end of the film, there is this question of whether the protagonist made the right decision.

How was the experience of working on a feature?

For one, the budget was a lot bigger for the feature. Most of my short films are shot with a very low budget independently, whereas for the feature we got financial support from the Romanian film fund. I felt a little pressure because of the fact that we had received money from the national film fund – all the money came from the state so that the film will get a theatrical release in Romania.

Of course, there are also structural differences between shorts and features. I had a co-writer for the feature who helped me work on the structure of the story. Most of my short films are almost happening in real time, so that story-wise, this film was a little different. The feature is also pretty compressed since all the action takes place during a single day and night, but the length allowed me to work on nuances and develop my characters more than it is possible in a short film.

Which audience were you aiming at with your feature? A lot of Eastern European films seem to struggle with wanting to please both domestic and international audiences.

My goal for this film was to make a film for a young audience, people of my age. There are very few films in Romania that are made for this niche. I think that this feature may be better suited for regular audiences than it is for festival audiences, but I have realised that it is important to go to big festivals if you want to sell your film. Perhaps that is the main reason why so many films are trying to please both foreign and domestic audiences.

Many directors complain about the state of cinema halls in Romania and the lack of interest of Romanian viewers for Romanian cinema. Do you think this is a Romanian problem?

Of course, “arthouse” films are not for the masses anyhwere, but in Romania this is just more obvious because we have so few cinema halls. In France, for instance, cinéphils may also be a niche, but this niche is still much bigger than it is in Romania.

Not many Romanian directors seem to aspire a career abroad. What do you think is the reason for this?

I think that most Romanian directors make films about their universe, which happens to be Romania. I myself don’t think that I could be acommodated in another country. Even though I dislike a lot of things about Romania, I wouldn’t want to leave.