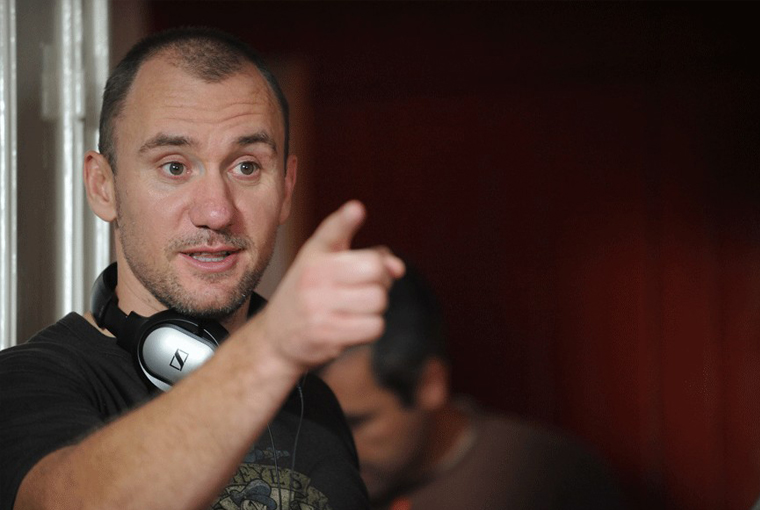 EEFB met Romanian director Radu Muntean at the Transilvana International Film Festival (May 29-June 7), where his latest feature “One Floor Below” was featured in the Romanian Days selection. Muntean speaks about his work, Romanian cinema and the role of morality in his film and elsewhere.

Did you know that your film would deal with morality when you started working on it?

Of course, this is what interested me: to question the notions of morality and conscience. I had heard about a story a long time ago, some 15 years back, about a guy who discovered that a murder was happening and didn’t do anything about it. Only when I met the real-life inspiration for Patrascu, an actual car registration guy, did I decide to put it into a movie.

Why did you chose Patrascu as your main character to address morality?

I chose this guy because I wanted to put a very in-control, multi-tasking kind of guy in an uncomfortable position with which he would not be able to deal with.

Is morality important to him? He seems very decent with his dog and routines.

He tries not to think about such things, but Vali, the killer, sort of acts as his conscience – trying to push him towards a reaction. So he does start to think about these problems and to question himself at some point. He’s a family guy. He cares about his family – about his son, his dog, his wife. But he doesn’t accept the role of playing god under these circumstance.

Is that why he’s not doing anything about the murder?

He doesn’t know what would be the right thing to do in that situation. It’s complicated for him – which is of course the purpose of the film -, because he knows the killer: he’s his neighbor, he has been in his apartment, he knows he’s not a serial killer and that he’s not going to kill another girl, he knows it’s an intimate problem between the two, he knows that it was probably an accident and he knows that the guy’s devastated. The killer cannot control things, but Patrascu also thinks he’s not a danger to society in general – Vali’s already doomed the way things are. Sometimes you know what society expects from you but you don’t know if you want to deliver that kind of expectation.

Is it self-justice, then? Does he think he can do better than the police?

He doesn’t know exactly what to do. That’s why he’s not telling the police. And he’s a bit ashamed that he took a part in it and didn’t react. He shouldn’t have listened in the first place, which is why he doesn’t tell his wife because he doesn’t want to reveal his weaknesses. Maybe this is a characteristic of the male head of family in a society like Romania.

You are careful not to judge your characters…

I don’t want to judge them – if you know in advance that this guy is bad and the other one is good, you’re not up to making a good movie. That’s trying to convince your audience that you’re right. It’s more interesting to question yourself and, in a way, let your audience figure it out. Or at least have them have a part in the process.

But we want to judge regardless. Judging is a big part of everyday life.

Not just of everyday life, but of movies as well. You’re always being pushed towards a conclusion. A critic in Cannes said that in the scene towards the end when the light goes off in the staircase, he was expecting the killer to appear and follow him. Which was very strange to me – this was not my intention at all. But that is the kind of clichees we await: unexpected turns, interesting twists etc.

It’s not just about judgement, it’s also about putting yourself out there and questioning yourself. These moral questions are becoming a bit too abstract for me. You know that society wants you to do this or that in such a situation. And of course you can say to yourself, “I would do this, I would do that”, but stop and think how you would really act in such a situation.

Well this is what Patrascu more or less does. Anyway you would first have to ask what “bad” is. What could he do to make things better? What is better? In my opinion, from the killer’s perspective it’s better if Patrascu would have gone to the police because he doesn’t have the guts to it himself.

I think people are made of more weaknesses than strengths. My characters are not heroes, but I’m not judging that they are not heroes. That’s just the way it is.

Perhaps this is why it makes sense to judge Patrascu? What he does doesn’t help him, or the killer…

I can’t force a conclusion here. But the fact that you’re asking yourself these questions is all that matters, and it really does. Otherwise you can have your conclusions when the film ends, go home, and then that’s it. A film needs to live on and haunt you – this is what is important. It’s important to me to know what people are thinking, and sometimes I even discover stuff in my own films that I put in their subconsciously.

Did you and your co-writers differ on anything when developing this film?

It hasn’t happened until now to be honest. We’ve become really good friends and we have the same kind of taste in cinema. Also we talk a lot about the film both in the first stages and when the script is finished so we basically know what we want to say. Of course they are my first audience, and this time – more so than the last times –, there was in fact a debate concerning the film, namely about the ending. I shot an alternative ending because at the time of shooting I had felt that the ending as it is now may be too pointed, too metaphorical. Of course, in the end it’s his conscience approaching him through his son who’s saying “Patrascu, Patrascu”, and I wasn’t confident about it then. So I shot another shot with Patrascu outside, smoking into his car, thinking of what he did and realizing that he can’t escape his conscience. I put it in the edit but wasn’t sure about it, Alex [Baciu, co-writer] said “take it out”, Razvan [Radulescu, co-writer] was not sure as well, my wife said “take it out”, the editor said “keep it in, it’s really good!”. So there we were divided about what to do. But that was the only debate, otherwise the film was basically edited when the shooting was finished, this was the only moment when we couldn’t agree.

Of course, they were hardly ever on set. I don’t really understand the co-directing thing – this is not a democratic job. You have to be able to control things.

In my opinion you can speak of an industry if you can make a film and make at least one Euro profit out of it, which is almost impossible in Romania. It’s only possible if you’re making really low-budget films.

Do you think your kind of films would survive in a purely commercial industry?

No, I do think this is the kind of film which needs state support. As long as state funding can exist I think it should – the state should not fund commercial films, those should be products. My film is not made as a product, it’s dependent on a culture of supporting cinema, art, whatever you want to call it. Otherwise I don’t know what is going to happen. I’ve talked to a lot of people about these things and still don’t know what to await. We might at some point have to face a dilemma where we either start making commercial compromises to widen the target audience, or go down with the budget. In Argentina they are making films like this, for about 10 000 USD. You can do it once or twice, but I don’t think it works over a big span of time. I have thought about making a really low-budget film, but it wouldn’t be the rule.

Would you be ready to work outside of Romania? I have the impression directors from Romania…

…are not open to these kind of experiences? I don’t know, never say never. Right now I’m very adapted to the Romanian landscape because I’m doing a lot of commercials and have been working with the same crew for about ten years. We’re like a family – I know I have people who I can rely on from the script writing process to post production.

Do you watch a lot of other Romanian films?

Of course, I try to watch all of them, especially those by the auteurs I know and admire. We respect each other and try to follow each other’s work.

So you would say there are mutual influences?

I don’t know exactly, we’re not a group and never were and didn’t come up with a stylistic plan. And our films are becoming more and more different.

…were they similar? Some people are trying to dispute that there exist any connections whatsoever.

There was a kind of connection, you’re right, but we didn’t plan it. I’m not good at stamping films, and as you can imagine we’re annoyed of all these comparisons with one another. I can understand that it’s your job to make connections, but it isn’t ours. We would always prefer to talk about a film in isolation. I don’t even particularly like the connection between my films as I didn’t approach them with a clear plan or outlook.

How was your screening at TIFF?

The Q&A session was funny, people in Romania are always too shy to ask questions out loud so that they usually keep them to themselves. When you travel you realize how big the differences are in this respect: in the US, Q&As never seem to stop, everybody has their own take on your film. I was in Chicago with Tuesday After Christmas, and a woman asked me during the Q&A if my wife knew I was making films like that! 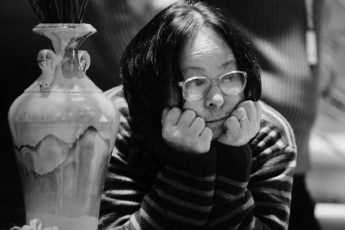