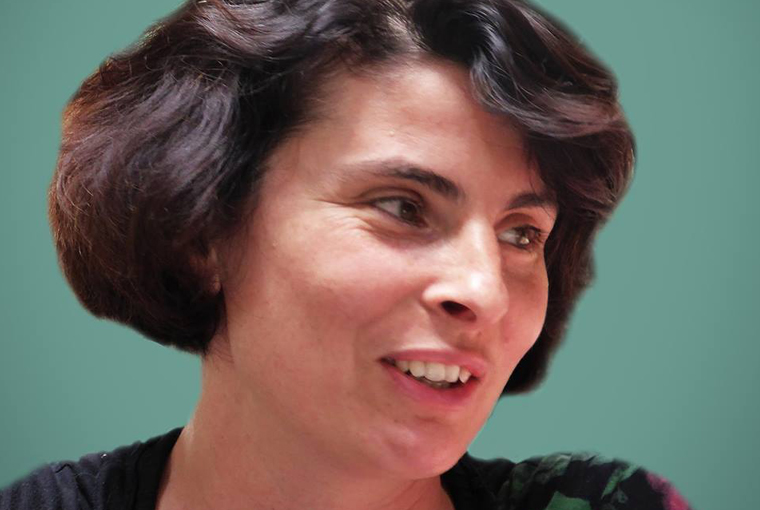 We met Réka Kincses at the Transilvania International Film Festival (May 31-June 9) to speak to her about her film, her methodology and Viktor Orban. “Homeland, Sex and Further Inconveniences” was screened during the Hungarian Day of the festival.

Sandor and Zsuzsana have quite different ideas of assimilation. What is your take on the matter?

I think that the film, rather than speaking of assimilation, poses a question of identity. It is a big question, especially today, when people have completely different identities. Globalisation and the media have changed who we are both culturally and psychologically speaking.

But Sandor seems to care less than Zsuzsana does…

I don’t know, the question is whether it is really less important to him, or whether he simply copes with it less consciously. He is less perceptive of emotions than Zsuzska is, and hence it seems that he’s coping with these questions better, but I do think that he’s ultimately unhappy. He carries a great burden, even if he thinks it’s mostly too much work and this sort of pragmatic reasons that are bugging him.

Zsuzsana herself doesn’t seem to be sure what’s bugging her, or what identity means to her.

No, she can’t pinpoint what it is that makes her unhappy. Maybe, it’s because her dissatisfaction with life goes back to her childhood. I think that any person who was loved enough in his childhood doesn’t have problems of identity. People who weren’t – which I think is the majority – struggle with some sort of yearning that is insatiable. The yearning can have various contents, your national identity or homesickness are good substitutes. The same way, people always complain about politics so they don’t have to face the unhappiness of their personal life. It’s an ersatz.

That’s why Zsuzsana goes back to her mother in the film, it’s where the origin of the problem, her uprooting, lies. It’s a chance for Zsuzsana to let loose some anger and criticism. I think that’s the things that ultimately bring you closer to a solution than moving geographically or culturally.

Does Zsuzsana understand that there is no single reason for her misery?

Yes, I think she’s aware of it. That’s why she returns to her husband in the end. Otherwise she’d think seperation is the solution. People tend to think that the solution is in the outer, the other: a different country, a different relationship, a different government, a different job. But it doesn’t make us happier. I’m not saying it’s not important to change: you should be politically active, and sometimes it is right to change jobs or relationships, but you must be aware that it’s no ersatz for the things you already have, of what constitutes you.

Like Zsuzsana, your film deals with a lot of conflicts and problems. Was it difficult to pitch the film?

Yes, very, I pitched it completely differently depending on whom I was talking to. At times, I’d say it’s a comedy revolving around foreigners trying to be Germans, which used to make up a greater part of the story; at other times, I pitched it as a story about identity. Some producers liked the one narrative, some the other. It’s possible that this is a weakness of the film, that its subject is so diffuse. I didn’t manage to reduce the film to a sentence, an essence.

Was that an intention? I had the impression that one of the film’s propositions was precisely that unhappiness, identity, marriage etc. cannot be reduced to a single sentence or solved by a simple move.

Maybe to a certain part. I don’t like reducing problems to a formula, but again, it might be a weakness of the film.

Had you planned to include comedy when the project came about?

Yes, because I see things and myself that way. It’s important to me to treat things humorously. It wasn’t calculated that people would react this positively, but it was my intention to make this film entertaining in this way.

Did you spot any differences between the way Eastern European and German/Western audiences reacted?

I realized that they appreciate different scenes. There is that scene where Sandor has trouble getting into his Mercedes because the car is much too big for his garage: Germans loved the scene, whereas I didn’t hear anyone laughing here. Germans seem to identify with the situation more than Romanians. Romanians on the other hand reacted loudly to the scene where Sandor tries to talk Zsuzsana out of having homesickness, whereas Germans were unresponsive to the scene.

Why did you decide to integrate relationship counselling in your film?

They are Heilpraktiker [alternative practitioners]. I have a degree as an alternative practitioner so I have quite a background in it. I really wanted to include my experiences in the film. It’s amusing on the one hand, but I also think that there are certain things that can be worked out thanks to this method.

I found a lot of scenes very intimate and embarrassing. How did you approach these scenes? Did you improvise a lot?

We did a lot of exercises so the actors could be intimate with each other, and that really helped. Prior to shooting we tried out different things, but on set it was pretty rigid.

How were the dynamics on set?

There were tensions on set, especially between the main actors. When I was doing scenes with them separately it was great, but together it was really difficult: the actors carried the conflict with them, outside the set. I think in the end it was a constructive relationship.

Your main actress is not a professional actress?

No, not at all. She’s a friend of mine. I picked her because firstly she knows the languages, and secondly because I thought she’d understand the conflict. She also grew up in Austria, so to a certain extent she’s playing herself. It’s probably why she took the role so personally.

The relationship counsellors also played themselves, they were great and really helped me a lot. When the main actress would have problems opening up when they were doing scenes together, she kept provoking her and pushing her to speak up. Actually, she helped me direct the scene where Zsuzsana breaks down after her mother dies: Kristina [Zsuzsana] had overcome leaukimia, and the counsellor suggested she should look me in the eyes and imagine that I’m her illness. It worked like magic. The crew members seemed a little upset by the method, but after the scene Kristina seemed really freed, as if she’d overcome something.

Was Hungarian money involved in the making of the film?

Yes, we received grants from the national film fund, but since it was restructured and production went on a hiatus, we never saw the money. Luckily, the German co-producers filled the deficit. Also, our Hungarian production company financed the shooting days in Hungary.

Was there an “assimilation” of the film because of the German co-producers?

The editor of the ZDF [German public-service broadcaster] was on board from the beginning and had quite a lot of ideas on the film. I personally think the German film funding system is not very productive. The editor was very committed and I like him as a person, but it’s simply bad for films to be supervised by these sort of bureaucratic processes. I think it’s visible on German cinema.

With the notable exception of Béla Tarr, the Hungarian filmmakers seemed less passionate about addressing Viktor Orban than we had expected.

I want to make a film about this situation. It’s important to understand what’s happening, and I think that’s something both sides have failed to do. I’ve done a political documentary before: my father is a failed politician here in Romania, and I addressed the story personally and from different angles, also addressing ethnic tensions between Hungarians and Romanians. In the same way, I want to make a personal film about this Orban story, I find “theoretical” documentaries where they ask experts their opinions quite boring. The liberal world is shocked: all the newspapers I read and respect fulminate him, all my friends ask me about him. In short, there’s a certain consensus in the West about what to think of Fidesz. But when I talk to my mother, whom I respect greatly and who I think has a very good intuition, she says he’s great. That means I’m facing a dilemma: someone is wrong. But who? Maybe both, maybe neither, but it’s a question worth investigating. I don’t like to make films with propositions, I like to make them with questions. I like to document a process that may or may not lead to a conclusion, not one following a clear-cut narrative. When making a film, it’s important to be open to have your identity changed. You have to accept that it may turn out that things are the way you would least like them to be. I think I am quite good at that.

When I talk to my mother, she gives many arguments and tells me that any given measure – for instance the weakening of the constitutional court –, is not as important as it may seem, and that there are democratic countries where the constitutional court plays no major role. But at some point, we reach bedrock. At some point, both the liberal world and the Orban supporters end up using irrational arguments, and that’s the dimension I’d like to investigate. I think that politics are something that people project different, partly irrelevant things onto, and that’s something I’m interested in. Hungary still struggles to face its problems honestly.

But there is, if but a small, counter-movement?

Yes, but I think Hungarians haven’t come to terms with their past. Why has it come to this? Either they praise Orban, or they denounce him, and to a certain point, I think that both approaches are misguided. I think Hungary doesn’t learn from its mistakes: every ruling party or clan comes to power, and then they and their supporters blame their opponents for everything that’s going wrong, whereas their opponents do the opposite. There’s no progress.

György Pálfi on his Work 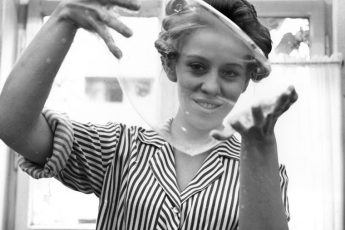