Salomé Jashi was born in Tbilisi in 1981. After working as a TV journalist she studied documentary production at Royal Holloway, London, and subsequently began documenting contemporary Georgia in a series of short pieces. In 2008 she and Anna Dziapshipa founded Sakdoc Film, a company dedicated to fostering documentary productions in Georgia and elsewhere in the Caucasus. Her latest work, “The Dazzling Light of Sunset”, premiered at Visions du Réel in April, where it won the Regard Neuf prize for best first feature-length documentary. Jashi speaks about making “The Dazzling Light”, the role of media in Georgia, and funding problems in the country.

I felt I was doing something different. The Dazzling Light of Sunset is a more complex film than the ones I’ve made before. I also tried to experiment with form more. But this film also connects to my previous work Bakhmaro, which is a more formalistic and simple piece.

What was your starting point for this documentary? Was it informed by your first job as a TV reporter?

I had an idea to make a film about small media, where local news stories are so different from the bigger ones – where a small local story can make it onto the front page. The idea also came from my critical attitude towards news making which I was part of in my earlier career. But while working on the film, of course, I diverted a little from the original idea. And now the TV station is more of a tool to tell a different story.

The film went from the prosaic title of “The Station” to a far more evocative one. Why the change, and what does the film’s title mean to you?

At the beginning the film was more about a news organization. That is why the title referred to a TV station. During filming this idea evolved and took a different form. I realized the local broadcaster was just a starting point to show something else – a local community and how it tries to represent itself in the best possible way. “The Dazzling Light of Sunset” has a double meaning. ‘Dazzling’ stands for something elevating, while ‘sunset’ refers to a melancholic ending.

Tell us a little about the TV station that is the subject of this film.

Three people are employed at the station – the director, the journalist and an accountant. They air news once a week. It is broadcast only in the town of Tsalenjikha and the surrounding villages and it is mostly popular because of the condolences and death announcements they air. People want to know who has died, which funeral they should attend, etc.

You must have taken a lot of footage. How did you go about selecting what to include in the film?

Derek Howard, the editor of the film, and I knew from the very beginning most of the things we wanted to include. It was mostly a question of building the material. As there is no linear story in the film, the most work went into constructing an emotional development.

We live in an age of massive media conglomerates. Is the TV station independent from such concerns?

On the one hand Jikha TV is an independent media outlet. It does not belong to any media corporation. It is actually owned by the director who is one of the three people working there. However, in order to survive they sell air time to the local government and make a special program to promote their activities. So in fact, it is not free. This very much resembles the bigger picture in Georgia where it is practically impossible to find unbiased media which would be free of political influence.

How are local TV stations perceived in Georgian culture and society? What is their role?

There are around a dozen local TV stations in Georgia. And I think they are just like other local TV stations around the world. I wouldn’t say they have some special role. It’s just fun to watch yourself on TV. Through TV, locals get to be seen by neighbors, and they get to see their neighbors in return. Also, through the local media you hear things you would not learn from national or international broadcasters, like who has died nearby, what shop has opened, where to fix a flat tire, etc.

It seems that more than one key event in recent Georgian history has revolved around the broadcast or other dissemination of video, whether the prison abuse videos of 2012 or the more recent scandal involving politicians’ private lives. Is Georgia becoming more media-saturated, and are people becoming more media literate as a result?

Georgians are not becoming more media literate even though the media has been manipulating them for years, especially starting with the Rose Revolution. People in Georgia are extremely attached to their TV screens and they trust these screens, unfortunately. Hardly anyone questions the validity of broadcast information.

Can you comment on the current funding problems for Georgian documentary? Is your own work affected?

The funding for documentary film production was cut by 30% this year. This is a lot, and the funding was scarce anyway. Just around 80 000 Euros are reserved to funding documentaries in 2016. The Georgian National Film Center is the sole funder of films in the country. It’s quite obvious that it is not possible to make quality films without getting involved in co-productions, where Georgia will always be a minority partner. 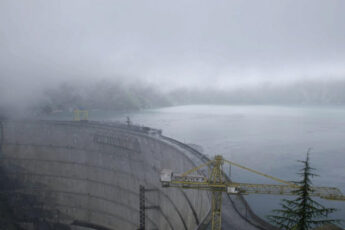