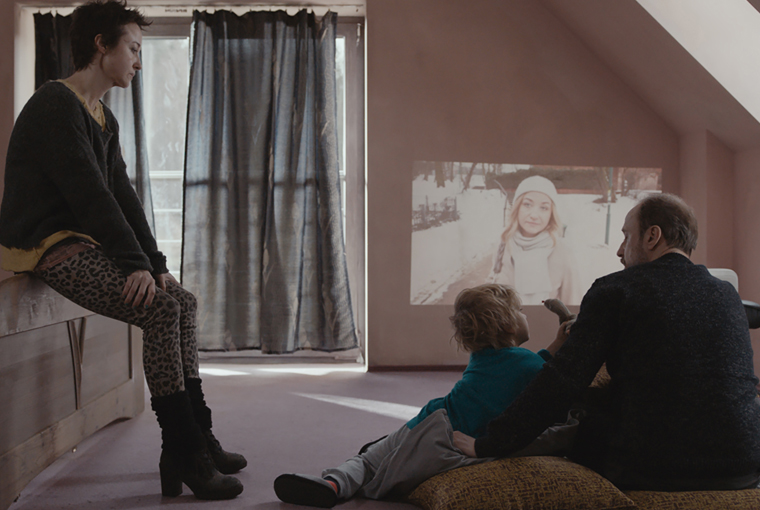 Following her debut feature film, the horror musical The Lure (Córki dancingu, 2015), Agnieszka Smoczyńska returns with Fugue, a powerful drama about a woman who lost her identity and the memories of her prior life. The screenplay is written by the fantastic main actress Gabriela Muskała. Fugue was first shown during the Semaine de la Critique in Cannes and participated in the feature film competition at Crossing Europe Film Festival in Linz.

Fugue’s central character is Alicja (Gabriela Muskała), a young woman diagnosed with dissociative fugue. Fugue is a temporary state of amnesia in which the subject loses its memory and begins to wander around aimlessly. We first encounter Alicja at a train station in Warsaw when she is slowly climbing up the rails to the platform. Her appearance is desolate and scruffy, her hair messy; a lunatic gaze and traces of soil are all over her beige trench coat. This strange woman in high heels seems to be completely out of joint. Alicja then kneels down in the middle of the platform to urinate, surrounded by disturbed strangers.

After being recognized in a TV show by her husband Krzysztof (Łukasz Simlat), Alicja returns to her family in Lower Silesia to rediscover what her life has been like before the amnesia. Her husband and her five-year-old son Daniel (Iwo Rajski) are somewhat familiar strangers to Alicja. The whole family seems terrified of the mad woman in leopard leggings who once was their beloved Kinga. There is a touching scene playing with the Proustian motif of the madeleine: Alicja’s father (Zbigniew Waleryś) tries to reactivate her memory by driving her to the pool where she once learned to swim. On learning that she is eating the very cake she used to on similar swimming pool trips, Alicja furiously leaves the car. Her father remains alone in the car, an old man immersed in thoughts and tears.

In the beginning, Alicja rejects any bond of love with her family, but then gradually becomes intrigued by her former life. She watches old videos of Daniel and herself and begins to take part in Daniel’s imaginative childish world. They are playing a game in which they rename the world: Alicja’s father had labelled the objects around them with small stickers to help Alicja remember them. She and Daniel change the locations of the notes and give new names to the objects. Their game is a metaphoric liberation from an adult world in which everything already has a fixed meaning. In the game, Alicja re-enacts her loss of identity as a liberation from a life in which she herself is fixated. The whole film circles around the blurred boundaries between a subject and the outside world aiming to define it. At one point, Daniel begins to question his own name, too. When his father asks him who he is, he answers: “Nobody”.

Besides the musical associations, “fugue” literally also means escape or flight. Alicja’s loss of memory can be read as an escape from a reality in which she is obliged to fulfill the restricted roles of a loving wife, daughter and mother. Alicja does not return to an intact world, but to a situation interfused with horror elements. There is something uncanny and claustrophobic about the family constellation. Gradually it becomes clear that a traumatic event that had caused her amnesia is still lingering in the background.

At the heart of the film is a tragicomic scene in which Alicja and Krzysztof are immersed in a surreal dance in an empty club. Their movements are slow and blurred like in a dream. As part of Fugue’s aquatic color palette, the whole scenery is dipped in blue light. The dancers move like under water, close to each other and yet isolated. In the background, Michelle Gurevich’s song Lovers are Strangers is played (“lovers are strangers / there’s nothing to discuss / hearts will be faithful / while the truth is told to someone else”). The impossibility of love is deeply connected to the dissociation of identity. Only through love are we defined, but the people we love are bound to remain strangers to us. Alicja’s loss of identity is also the loss of love.

Smoczyńska’s Fugue is a visually beautiful and experimental film that plays with several of cinema’s technical registers. Images of brain screens, blood, kaleidoscopic forms, soil and bodies merge into each other. Fugue is not an abstract reflection on identity or subjectivity, rather, it delves into the very material substance of our being. One example is the leitmotif of soil, a medium that links birth and death. In its poetic fusion of dreamlike and surreal scenes, existential themes and horror suspense, Smoczyńska and Muskała create a fascinating, disturbing and dense imaginary cosmos; here and there we feel the cinematic traces of Kieślowski or Zvyagintsev, and yet it is a highly original and very female work. 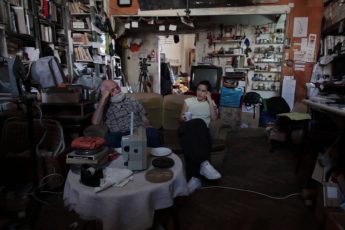