This documentary about the generation gap in Belarus takes us into the lives of Anatoliy and his grandfather who share a flat in Minsk. Their differences bubble up into continuous bickering that is irresistibly funny, yet illustrative of what comes between them. One puts his uniform on in the name of ideology while the other takes his off, stripping himself of the social restraints that are getting in the way of his dream of becoming a professional dancer.

Delivering on the title’s promise, Strip and War explodes on to the screen with neon lights and naked bodies. The EDM soundtrack and flashes of flesh seek to get your blood pumping. Two dancers tease their female fans with the promise of the forbidden. Voyeuristic eyes focus on the prize. Then, Anatoliy packs up, makes his way home and takes his shoes off at the door before quietly going to bed. His grandfather is next on duty, dressing up in military uniform for an official ceremony. His performance commands gazes of respect and obedience. Immediately, director Andrei Kutsila successfully presents the phenomenon of two opposing lifestyles bound together by blood and a fragile economy. The patriarch is an ex-army officer and his grandson a professional stripper, but the man who chose to tell their story is less interested in shock tactics than in the surprising tenderness between these polar opposites.

From the hallway of the Minsk apartment, a view of both the living room and what looks like an office set each other off at different angles through open door frames. At different moments we see the flatmates cross paths, turn their backs and speak through the walls instead of firing their verbal arrows directly. The duo spat over potatoes, the meaning of work, personal grooming and the fact that Anatoliy’s costumes take up three closets, even threatening his grandfather’s place in the home. However, moments of a flickering smile at the corner of the old man’s lips as he scolds, reveal a certain playfulness and devilish character. Furthermore, and despite his devotion to his late wife, Anatoliy’s grandfather allows himself the pleasure of a playgirl on the wall that betrays a sexuality perhaps similar to his kin. Although desynchronized and looking back at wildly different upbringings, the two men are closer than they care to admit. After sustaining impressive resistance to his grandfather’s requests, Anatoliy is captured bringing water to the allotment and clumsily wielding a spade.

Going from the open space back to the household walls, Anatoliy’s grandmother and her kinky competition are not hanging alone. A portrait of Stalin also watches with a stern gaze reminding the audience of the tangled ties between Belarus and Russia, as well as several shots of news programs that sever the intimate narrative. By referencing television, the filmmaker seems to want to interject the wider socio-economic context of Belarus. His subjects perfectly represent different social spheres that are inescapably linked by personal ties. Anatoliy explains that he quit a career in engineering because there was no space for him to create, only to follow guidelines. His grandfather, however, seems to enjoy a strict lifestyle, carrying out chores and tasks with not a minute to waste. At one point he claims that he works for society but is swiftly accused of submission to a superior, and of pursuing labor for labor’s sake. It would appear that the same rigidity which has structured the lives of the older generation is stifling the younger ones. Even when Anatoliy makes a big life change, his journey is brought to a halt by a military parade that results in a traffic jam and the documentary’s final scene.

It is in this way that Anatoliy’s situation is used by the director to question the future of Belarus. The parades take place regardless of the public disruption they cause, regardless of the amount of money they cost, and regardless of whether people really want them. Instead they communicate a pro-Russian outlook in building on Soviet traditions and ties. Meanwhile, the young man struggles economically, exploits his body and finds a place of escape in his performances. The film shows Anatoliy in the studio time and time again, working towards perfection. It is charming to witness his desire to get things right and to work in harmony with his partner. However, there is one unique scene where his focus strays and his impulse to dance takes over. He gracefully maneuvers his bulky body through genuine emotions and movements that momentarily set him free. It is a breath-taking relief from the discipline that characterizes the rest of the film. One that encourages hope for the future and creativity. Will things loosen up in Belarus, or are they about to get tighter?

When stripping and war are the two defining themes of a documentary about a post-Soviet country, it is unsurprising that the options that are presented seem a little binary. There is nevertheless something pleasantly curious and optimistic about the quirky family that inspired the film. The characters have been masterfully captured in their element and shown to be unique individuals with lovable qualities and indeed, flaws. It should also be mentioned that the characters are built and contextualized within a wider political context in only 68 minutes, thus allowing a light-hearted viewing that draws in the spectator with enough titbits to get the curious viewer hungry to learn more. The result is a warming insight into human life and the individual personalities that make it up. Andrei Kutsila has stripped down a story for all to enjoy. 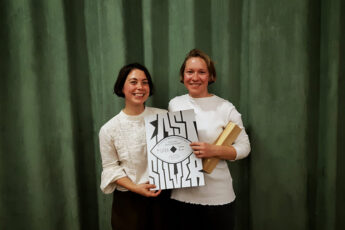