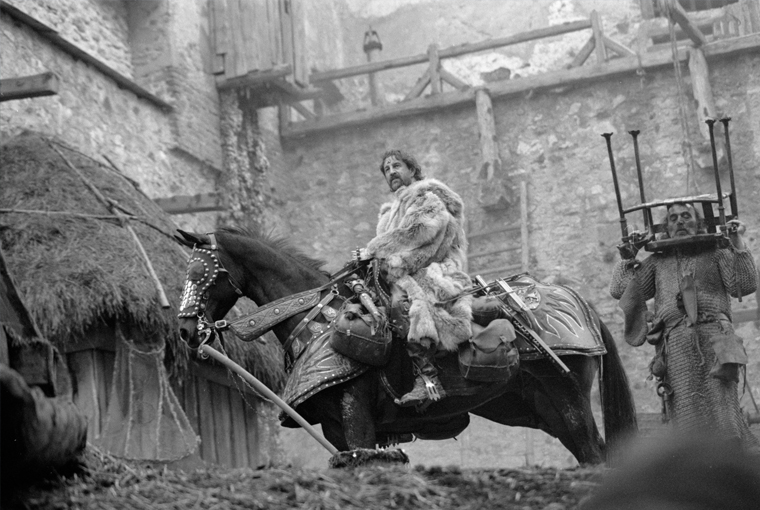 Aleksei German’s unfinished opus magnum took 14 years to reach its current form – the late director’s wife and son edited the film after German’s death in 2013 -, but reportedly ideas for the movie already emerged back in 1964 with the publication of the sci-fi cult novel by Boris and Arkady Strugatsky on which it is based. The book is about a group of historians who are sent to another planet whose society is stuck in the Middle Ages. Social progress is being thwarted by church and courts which hunt down intellectuals, scientists and everybody else potentially capable of bringing about scientific disciplines and enlightenment. The scientists from earth have the mission to stimulate a Renaissance, although they are not allowed to interfere with the natural historical process, for instance by telling people that God is dead or giving them a manual to build a printing press. Central to the novel is the idea that religion and blind faith impede human development and that social progress is often a cruel play of competing powers – in order for an oppressive old order to recede, it cannot simply die out but has to be oppressed itself.

Admittedly, the movie’s images are quite impressive. The black-and-white photography is reminiscent of Béla Tarr’s latest works – especially the Turin Horse – and perhaps even of Andrei Tarkovsky’s Andrei Rublev, which also takes place in the Middle Ages. Some tracking shots of German’s film are masterly choreographed down to the tiniest detail. Almost every sequence divides the frame into different spaces enabling the director to have multiple actions going on at the same time which truly gives the impression of the film resembling a Boschian painting.

And yet it is unclear why the director sacrificed the pretty straightforward plot of the novel for impressionistic variations on shitting, pissing, vomiting and every other excretory possibilities. If the film were made in the 1960s, the political parabola would have perhaps been given more space. But why, after all, is it not relevant today to talk about a society’s blind beliefs in authority as well as reflect on the ways in which oppressive regimes could be overcome. What is truly missing in German’s film is the rather paradoxical situation the novel takes as its point of departure: in what ways are a bunch of scientists experimenting with society different from the religious or monarchic structures controlling it? Either way the society stays critically and intellectually immature. The moral dilemma of the “observer” in the Strugatsky novel is one of political interference.

Sadly, none of this is treated in German’s film, and his depiction of an intellectually immature world is established rather quickly. The harder question, that of how it is possible to truly enlighten people and free them from their false beliefs without using the very same methods that have kept them oppressed all along seems to escape the film altogether. A bit more reflection could have helped here. 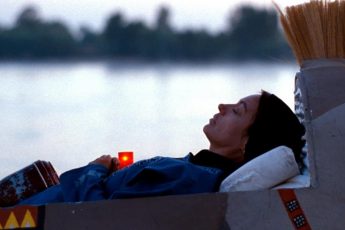 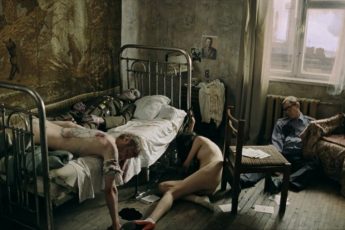 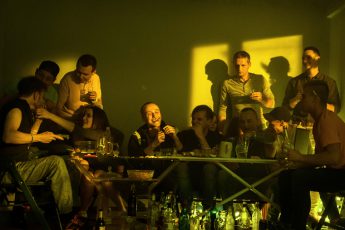