Please Teacher, Teach Me Something

In a classic one-man versus the broken system narrative, Alex Brendea’s documentary Teach follows Dorin Ioniţă, a former state schoolteacher. Having grown disenchanted with the prescribed curriculum, he ended up abandoning it altogether over a decade, and instead set up his own private math study group in his tiny apartment. Pupils of all ages gather around his table to grapple with their personal homework or revision, as he dispenses individualized corrections and advice with gruff and often mocking affection.

The film takes a while to settle in, opening as it does with a long, initially incongruous segment showing Dorin back in his home village in the countryside, decrying the pitiful legacy that left him but his alcoholic father. Only when he returns at the end of the film does the relevance of this whole part become more apparent by showing it to be part of his annual ritual and juxtaposing it with his everyday existence. Back in the classroom, at first Dorin’s rambunctious teaching style and incessant ranting give the impression that he is just yet another disenfranchised white man inflicting his opinions on people, and it isn’t immediately clear why the filmmaker would choose to go to such lengths to give him a platform. Little by little, however, his devotion to his students and commitment to making them learn shines through and he is shown to be fighting the good fight. As far as it is possible to judge from the film, Dorin has little life outside of his teaching role, with children arriving at the beginning of the day and often staying until late at night. In addition to students struggling to keep up with their coursework, his makeshift classroom also serves as a safe haven for those escaping problematic family circumstances, especially children dealing with the widespread Romanian issue of having parents who either work endlessly long hours or are living abroad.

The over-arching structure of the film also begins to make sense when it becomes more apparent the narrative is following the academic year, and a small group of sub-protagonists is identified from within the otherwise confusing mass of interchangeable teenagers. A group of three friends are preparing for their final exams and subsequent entry into university. The stakes are different for each of the boys, with one hoping to get high enough grades to study in the UK, while another is concerned with getting into university at all. Dorin takes this latter student in hand in particular, offering to personally intervene when he’s on the verge of giving up on the idea of continuing his studies altogether. The most moving appearance is that of a former student now completing his PhD in math. His return testifies to the longevity of Dorin’s teaching and the efficacy of his method, not only within the sphere of math but also as a motivation for encouraging youths to aspire to great accomplishments in life.

The filmic approach is classically observational, with the vast majority of the action taking place within the confines of Dorin’s home. Some of the scenes drag on longer than necessary, and some of the mathematical formulas don’t necessitate quite the amount of screen time they are given. The editing is helped immeasurably by the presence of several indistinguishable black cats, who are a constant fixture in the study room, either sleeping, playing or being used as book stands, and serve very well as a means of breaking up scenes. Overall, however, the film leaves remarkableness to its protagonist, and opts for simplicity in its portrayal of him.

Despite its shortcomings, the film is ultimately convincing in its simultaneous lauding of Dorin and critique of the current state of Romanian education, and it is impossible not to be moved by Dorin’s all-consuming dedication and determination. While recent Romanian cinema has no shortage of parables detailing individuals overwhelmed by broken state institutions, the general trend is to focus on the futility of their struggle and their ultimate subjugation. Teach, by contrast, provides a positive example of somebody taking action that has a tangible effect on young people’s lives in both the short and long term. The underlying message of the film extends way beyond the local context, by showing the importance of teaching not only as a means of passing exams but also for learning to question the status quo and to prepare for life in the big wide world. 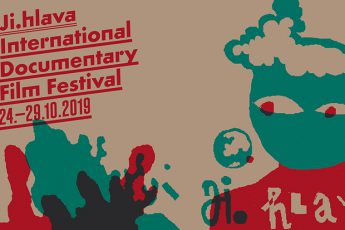 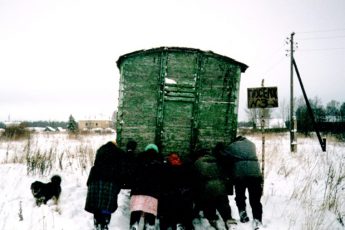