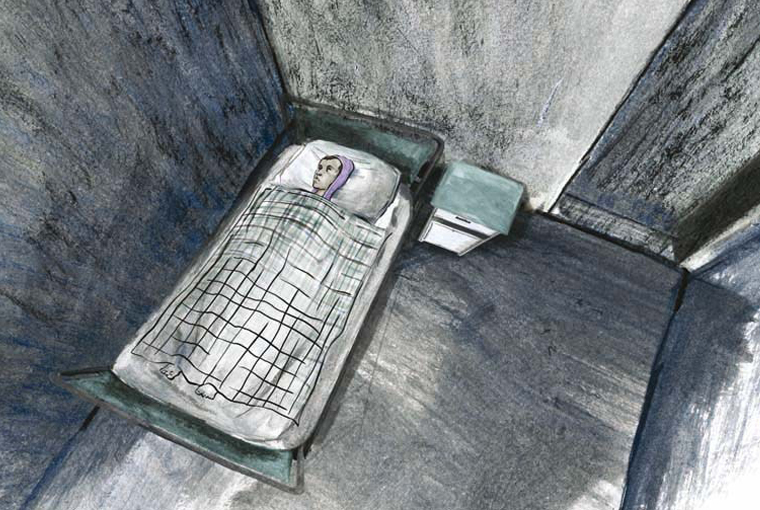 Crulic is a Polish-Romanian co-production and the first animation directed by Anca Damian, who made her feature debut in 2008 with Crossing Dates (Intalniri incrucisate, 2008). The film is close to animated documentaries such as Valse with Bachir or Persepolis which the director often cites as inspirational references. The movie was rewarded with numerous prizes and obtained Best Film award at the International Annecy Festival 2012.

Inspired by a true story, Crulic tells the story of a Romanian emigrant in Poland, who is falsely accused for stealing a judge’s wallet and then abusively locked into prison. To prove his innocence, the 33 year old man, Claudiu Crulic, goes on a hunger strike but the Polish prosecutors, the Romanian authorities and the prison’s staff, all disregard the young man’s desperate measures to seek for justice. He is left to die.

The first part of the film depicts Crulic’s past from his childhood to his departure to Poland. His life story is narrated « from beyond » by the character himself (Vlad Ivanov’s voice). The second part of the film is based on an objective rendering of the facts, as in a police investigation. A documentary voice narrates the series of events, which brought Crulic in this absurd situation. At the end of the movie, there are insertions of pieces of news from both national TV channels. They make apparent that this “case” was quickly politicized, and that the retrospective appeal for justice was a consequence of the media.

Crulic is a film about the juridical system’s impotence and about victims of migration. Although, justice is supposed to to function better because it takes place between two EU states, this is hardly the case. This is happening because the status of the immigrant pauper, like “the Polish plumber” or the Romanian “capsunar” (amature seasonal strawberry–picker) is irreparably that of a double victim: of the country which he is leaving because of poverty but also of the destination country, where he begins a new life by being a stranger, and thus a possible danger. This dramatic situation is depicted in the film through humor, poetry and irony. The film avoids a suffocating, pathetic atmosphere or an indignant tone.

Anca Damian has worked on this project with the writer Elena Vladareanu but also with a designer’s team who managed to mix diverse animation techniques with TV images, photographs and diary excerpts, telling a contemporary story at the border between fiction and reality. This delicate balance is maintained through a purged animation, a smooth graphic universe which varies between watercolors and cold nuances, passing from people depicted as shades to object-metaphors. Even the soundtrack is contributing to this impression of documentary realism, through the subtle way in which it is converting from a natural noise to melody and the other way around.

The director’s option to speak of such a subject in the form of an animated documentary is worth questioning. The films of this genre are using the fictional potential of the animation to speak about traumatic events which are difficult to represent in fiction movies (see for instance the controversial theme of war and memory in Bachir). But it seems that this option works differently regarding Crulic, which is based on a well documented subject, which has also been largely covered by the mass media of its time. The film has apparently no gaps to fill regarding the facts and the events that led to the death of an innocent man. But the animation technique allows the director to tell a more rich, and more nuanced story from the one told by the media. It is the story of a person’s life but also a story about emigration, it is about accident and destiny, local and global dimensions, about the system’s failures and human errors. It is something that involves all of us in many ways and that can be told thanks to the poetical potential of the animation.

For a large part of the domestic audience, Romanian animations are synonyms with Miaunel & Balanel (a sort of communist Tom & Jerry) or Mihaela (a Sandy Bell of the 70’s), kids cartoons made by Animafilm. But since Ion Popescu Gopo’s famous Scurta Istorie (Short History) won the Palme d’Or in 1957 and after the disappearing of the only professional studio, Romanian animations didn’t score any notable success, being overrun by fiction movies and documentaries. In this context, Anca Damian’s animation came as a great surprise and accomplishment, which is expected to impulse new domestic projects. It is to be noted that such a surprise is coming from a female director. 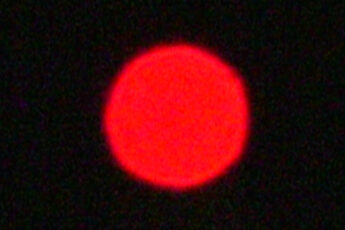 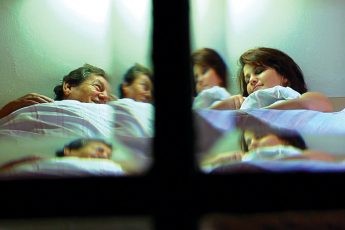