The Incommunicability of a Personal Drama 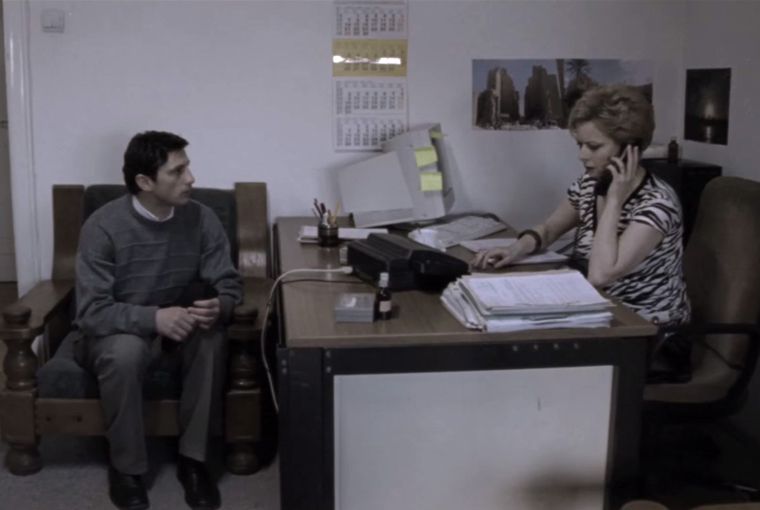 The Other Irene tells the story of a woman, Irene, who takes a working trip to Egypt in the hopes of a better life for her family. But the emigration experience alienates the woman from her husband, Aurel, who works as a night guard in a supermarket in Bucharest. Aurel doesn’t recognize her anymore, and so she becomes the “other Irene”. Thus, the film is not much about Irene since she only appears in a few scenes. Yet, the character stays important because of its very absence. We only meet Irene in the beginning of the film, when she tells Aurel of her decision to work abroad. We then see her turning back home shortly before suddenly deciding to set out again for Cairo, where she dies under inexplicable circumstances.

Meanwhile, Aurel’s everyday life goes on as usual, as well as his feelings for his wife, although he is barely adapting to the affective gap that occurs in the couple’s life. Gradually, it becomes obvious for the people around him that Irene is involved in another love story abroad. Only Aurel, naïve, sentimental and introverted, continues to believe in an ideal image of his partner, a feeling that rapidly turns to obstinacy. He’s incapable of understanding the signals of her estrangement, even when these come as evidence through a cross-border police investigation. The announcement of his wife’s death motivates him to find his own account, and so he begins an elusive search for the truth. But he soon has to face bureaucratic delusions, conflicts with his wife’s family, as well as his own incapacity to cope with the whole absurdity of the drama. In short, the story tries to answer the question ‘what is to be done when the death of your partner occurs far away from home and, moreover, you find out that he/she didn’t love you anymore?’

Because of the mystery that surrounds the death circumstances, the narrative has the appearance of a detective movie and maintains a level of suspense throughout the film. But the plot does not resolve in this fashion. It is more like a pretext to scrutinize human reactions in borderline situations. Unlike other Romanian films (see Francesca for instance), this one does not insist on emigration – although we understand that Irene works abroad illegally – but focuses on how emigration affects family life, on those who were left behind. In Gruzsniczki’s view, this tragic death is not an affair of tears. The psychological resorts of the characters are merely hinted at and more or less observed from an objective distance. Micro gestures, moments of silence alternated with ordinary discussions, and the dynamic composition of the scenes are the main force of the film.

Episodic interactions compose a diverse and dynamic range of human reactions to Aurel’s drama. Despite this, the audience is not encouraged to empathize with him rather than with other characters. The dispassionate and impersonal bureaucrats make him feel helpless and ridiculous, but this might also be because Aurel is spineless and clumsy. At this point, it’s worth noting the credibility of the actor’s performances – Andi Vasluianu in the leading role, and others like Dragos Bucur, Vlad Ivanov or Gabriel Spahiu, who make succinct but very convincing appearances.

All these elements converge to the idea that the director wanted to capture the fact that death is an exceptional event, and that everyday life opposes it through the force of continuity, routine and activity. In this sense, the film can be compared to The Death of Mr. Lăzărescu. But the realism of Gruzsniczki is a bit different from that of Puiu. The director opts for short and fixed frames, and for dynamic editing. As a result, Aurel or the audience have no time to be meditative or sentimental, even when they are confronted with some shock-sequences (as, for example, when they pick up the coffin at the airport). Everything happens with Aurel’s suffering being on the verge of exploding. Still, he doesn’t, perhaps a sign of accepting death’s.

But at the very end of the film, when Aurel receives irrefutable proofs of his wife’s adultery, Aurel still continues to ignore them. While all the others characters cope with the mourning, he chooses to give a sense of his existence by refusing the reality of the death. By doing this, he retreats into an incommunicable drama. At this moment, there is something like an irrepressible feeling of anxiety that starts to take place. This sudden feeling is a proof of an extremely well-dosed director’s composition. 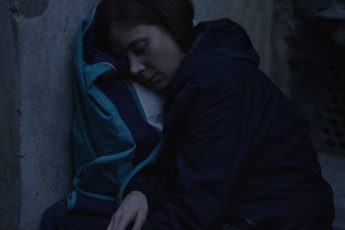