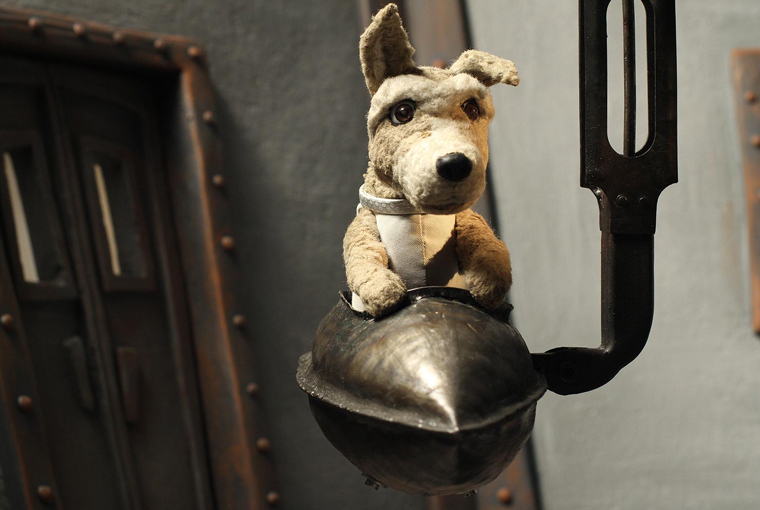 Recently the list of dog epics has not only gained in diversity and ambition but also, and quite unexpectedly, come to resemble a directory of revolutionary creed. Films like Kornél Mundruczó’s White God (2015), Aurel Klimt’s Layka (2017) and Wes Anderson’s Isle of Dogs (2018), have seriously broken with the man’s-best-friend imperative of customary feel-good entertainment, transforming our once trustworthy canine companions into public enemies, conspiring rebels and anarchist utopians. With humanity becoming less and less worthy of anyone’s sympathy, this shift in the distribution of protagonists and antagonists may still be understandable. What’s more striking in the coming age of Anthropocene is the Marxian hope these films place in the animal kingdom: the expectation that revolution is the inevitable and appropriate response to oppression, even when it comes to the struggle of man versus beast.

Aurel Klimt’s Lajka is a stop-motion animation inspired by the part-husky and part-terrier Soviet space dog Laika, who was launched into space in 1957 on Sputnik 2 and never made it back home alive. In Klimt’s version, though, the dog manages to escape from the claws of scientific exploitation in a collective action including other non-human animals, among them a cow, a monkey (Miss Baker?), a tortoise, and a penguin. Traveling across the universe, the creatures end up on a planet where everything is alive, abundant, and free. In short, the place is the kind of actually existing socialism that never actually existed, at least not in the nation states on this planet. The extraterrestrial paradise, however, is threatened when an evil Russian cosmonaut and an American astronaut make it to the planet and jointly reintroduce capitalist order through the creation of a giant meat factory. Until the planet revolts…

Klimt’s punk opera plays with many received political ideas in a smart, humorous and aesthetically irresistible manner. Instead of opposing state Communism and capitalism, the film highlights the underlying market forces of both. Unlike Anderson’s Isle of Dogs, whose Japanese setting has earned the film criticism of cultural appropriation, Laika saves itself from Russophobia by introducing an equally exploitative American antagonist. There is even a feminist side to Klimt’s movie which Anderson’s Isle of Dog was unnecessarily lacking. Not only is the heroine of Klimt’s movie a single mother, but she is also the primary instigator of the film’s climactic insurrection. In a truly Hegelian fashion, the movie’s non-human protagonists vanquish the Communist system through communism, seen in this movie as a collective endeavor to abolish divisions of power and private property and restore common ownership and common management of collective resources. In that way Klimt’s movie can be seen as a homage to the idea of communism as a society built on solidarity, mutual help and reciprocity.

It may be ironic that, with so few inspiring humans at hand, our creative industries now increasingly turn towards more distant relatives in the animal kingdom in the search for credible innocence and sincerity. One could of course argue that we are simply dealing with anthropomorphism here, and that these animals, like the creatures in Aesop’s fables, should really be seen as humans in disguise. But the fact that these creatures are fighting against us should at least make us wonder. Whether we should abandon all hope in the capacity of our own species to save itself from economic and ecological disaster and expect nature to scold us and straighten things out may be wishful thinking, but it is certainly something to be wished for.