The Mystery of War Criminals 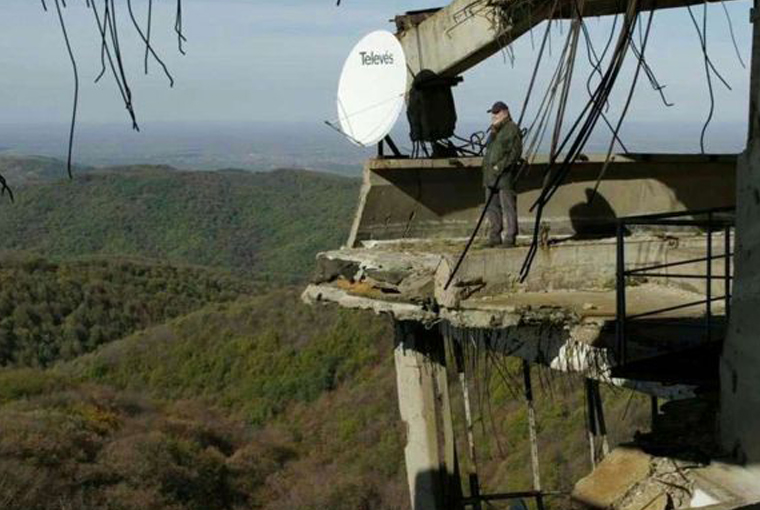 Bakur Bakuradze’s new pic Brother Deyan is a naturalist portrait of fictitious Serbian war criminal Dejan Stanić (Marko Nikolic), a general during the Balkan war. Now, two decades later, he’s hiding from the UN’s International Criminal Court in various military basements and is helped by associates who transfer him from place to place. When the political situation in the country changes, there’s some hope for the general to end the game of hide and seek. A woman publicly declares that Stanić has not been seen for more than eight years, which means that, legally, he should be declared dead. When the plan threatens to fail, however, the general withdraws from a situation that, in any case, starkly resembles that of solitary confinement. During a secret conversation with the associates who try to declare him dead, one of the negotiators jokingly asks Stanić to turn off his cell phone. He doesn’t laugh.

Death lurks above Stanić. He constantly carries a gun around and kills time hunting. Like in his last movie, The Hunter, Bakuradze relies on documentary-style observations to deliver a straightforward character portrayal of his protagonist, without psychologizations. This naturalism is further enhanced by various genuine documentary scenes of pre-war Yugoslavian life. Bakuradze’s observational method fits his intention to sanction any kind of moral judgment in his film. He neither wants to fall into the trap of portraying his war criminal like an empathetic and empathy-provoking human being, nor does he want to succumb to easy didactic conclusions about human evil.

Bakuradze’s observationalism works best in the film’s numerous contemplative scenes, in which we see the general overlooking a landscape from a building in ruins, sitting on a chair smoking or lying in his bed. Their minimalism hides the general’s thoughts and behavior, a secret Bakuradze deems essential to the historical understanding of mad men. “Was he a fool? Or not? Was he a good or a bad person? A mad man? A beast?”, he asks about Hitler in his director’s statement, suggesting that these questions will remain forever unknown. So too, apparently, with war criminals like Ratko Mladić whose personality loosely inspired the director.

Whether Bakuradze’s film escapes interpretation is questionable though. Arguably, the film’s strongest scenes are those in which Stanić opens his mouth and acts. In one scene he wants to take a piss while being driven to another hideout. When the driver replies that they’ll be there in 15 min, the general repeats that he wants to take a piss, which prompts the driver to stop the car – a vestige of his lost authority? In another scene, he urges a younger man to never trust anyone, embracing him almost in tears. Even the speechless scenes in the countryside are not neutral, like the scene in which Stanić stands in the ruin overlooking nature. How can one not associate the destruction of the building with the war and, pace Bakuradze, with the general’s destructive character? Whether intentionally or not, Bakuradze’s main character gives room to psychologize. His pointless existence, his destructive longing and authoritarian demeanor are perhaps not enough to fulfill the criteria of banality.

Does Bakuradze think that it is possible to find a definite answer to the “good or bad” question for non-war criminals? If so, the director may believe in heroes and anti-heroes more than he’d like. If not, then one may wonder what prompted him to make his movie other than to demonstrate that these questions are difficult, if not impossible, to answer. Surely, the picture of criminal political leaders in the social imagination is often too one-sided. In Serbia, people like Mladić still represent heroes to some people. But for all its hyperrealism, few details in Bakuradze’s film shake up or add some radically new colors to this or, indeed, any picture. Like in his last film, the director tries too hard to create meaning by showing characters in contemplation. That makes it easy for him to claim that it is impossible to know what war criminals are really like. If he would let them express their thoughts or, behold, let them act them out, he might realize that there’s less mystery to human behavior. 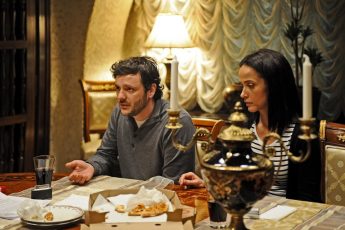