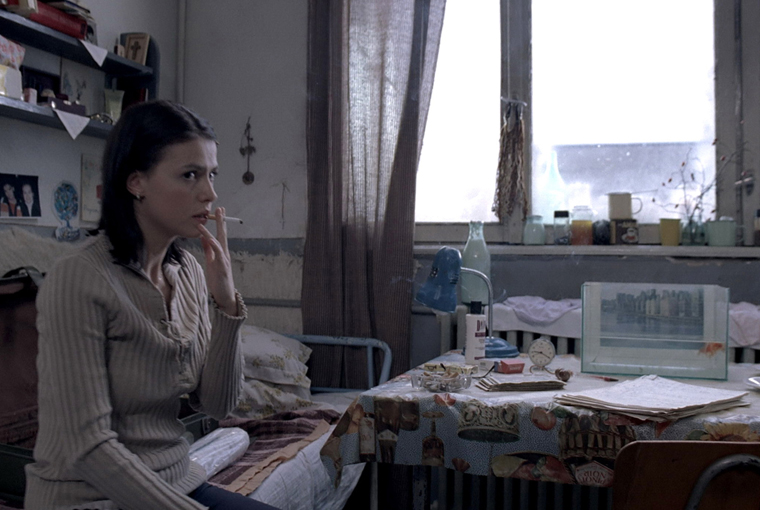 Cristian Mingiu’s 4 Months, 3 Weeks, 2 Days won the Palme D’Or at Cannes in 2007. Set in 1987, this film focuses on a day in the lives of two roommates studying at a Romanian university. Otilia (Anamaria Marinca) is helping her roommate Gabriella (Laura Vasiliu) obtain an illegal abortion. From 1966 Ceauşescu had subjected the country to a program of forced population growth, with bans on contraception and abortion, and oppression of childless women. However isn’t really a film about abortion; in fact Mingiu doesn’t seem to make a statement on that moral question. The film focuses on how people living under a harsh and corrupt system of government cope when faced with a situation forcing them to go against that authority.

The events around the abortion constitute the main action in the film. To prepare the girls for the operation, the abortionist (Vlad Ivanov) describes the process in great detail, repeating several times that there will be blood and warning the girls that there might be a lot of it. In their bare, hospital-like hotel room, we already have a disturbing image before the incident takes place. Beforehand, when the payment for the process comes into question, the girls try to offer him money. He refuses and it soon becomes clear he wants sex with both the girls as payment. While Gabriella is trying to convince the abortionist not to include her friend in this prerequisite, she explains crying that Otilia has her period so she can’t have sex with with him. But he insists, making to leave if they don’t agree. And so they do, one is pregnant and the other is menstruating, their bodies are vulnerable in these two states. They ‘prostitute’ themselves, but real prostitutes are unlikely to work during their period or when pregnant. This is how they cope. In their restrained, small world, where something that is normally considered a human right is reduced to criminality, perversity thrives.

…Both girls are coerced into sex by the abortionist, but who is to say that the abortionist himself is acting of his own free will ? The girls originally go to this abortionist because he offers the ‘cheapest’ abortions and if we take ‘cheap’ as purely monetary, his abortions are indeed the least expensive. Having already used most of their money for the hotel room, they cannot afford to use anyone else. The abortionist carefully explains to them that it is up to them and physical force never comes into play. They are forced into sex, but they are also making a choice. If they are being forced, it is by a situation much larger than the abortionist. Gabriella wants to finish university. As a single mother she would be unable to because the government would make her move to the countryside. We don’t know what the driving forces are behind the abortionist, we don’t learn his history but we do know he is taking his own risk, facing a long jail sentence if he is caught. The abortionist tells them he doesn’t need money, if this is really the case, he could probably afford to pay for sex in the usual way. So why does he behave like this? Maybe he is excited by desperation and vulnerability, or maybe he wants to set what seems like a high enough price for what he knows he risks. His desires seem a little unusual, but living in a dangerous regime provides opportunities for action that would not usually be tolerated. In parallel, is clear that the abortionist disapproves of being asked to perform an abortion at such a late day. They don’t like each other, but they are forced by their own need to be accomplices to each others crimes.

The story removes from the question of abortion by placing the focus on Otilia, Gabriella’s friend. She chooses to make sacrifices for her friend over and over again. The difficulties in Otilia’s life are portrayed clearly. We know little about her life or background, only that she is a young woman from a poor family in another city and that she studies tech. When she goes to dinner at her boyfriend’s parents’ house their friends call her a peasant. We know even less about Gabriella’s character. By taking the focus away from the subject around whom the main event is based, Mingiu doesn’t allow us to stereotype Gabriella as we might do otherwise, so that moral questions aren’t forced on the viewer, allowing us to watch from a more neutral standpoint.

After Otilia’s rape she goes to her boyfriends house. She tells him she has been helping Gabriella to obtain an abortion, although she doesn’t tell him how. He insists he could have helped her so asks him, what if I was pregnant? He assures her it won’t happen but when she reminds him that he “came” in her when they were making love the week before, he doesn’t want to discuss the subject any further. This blatant denial of the simple facts of life effectively underlines the paradox that Otilia has to face over and over again throughout the film. The man who wants to have sex but doesn’t want to take responsibility for the risk. Whether she falls pregnant or not is a question of luck and this risk is just one of many she takes throughout the film.

This is how they cope. Otilia has to go out after finding the fetus on the bathroom floor to bury it in secret. In doing this, she is again facing danger. The streets are dark and the metro is filled mainly with men. In this society where population growth is a key priority, a woman’s private body becomes public property because she is potentially fertile. This is a society where Ceauşescu promoted a vision of the woman as firstly a mother. Where his beloved wife Elena, herself a huge supporter and proponent of many natalist policies, was officially given the title of “the best mother Romania could have”. Women who didn’t want to be mothers were ostracized or forced into criminality along with those who helped them. They don’t have much choice, yet in the end, Gabriella does choose what happens to her unborn baby. Whether this potential life was sacrificed for Gabriella or for the baby itself, the sacrifices of those who helped make the abortion take place show that solidarity and sisterhood are very difficult to crush, even when these acts of solidarity are criminal.

The final scene of the films shows Gabriella and Otilia in profile sitting at a restaurant table. In the background the outline of guests dancing can be seen through clouded windows. We see the light from the cars out in the street reflected in the window directly in front of them. These girls aren’t sisters but the unquestionable strength Otilia has shown to help her friend shows true sisterhood. They sit in silence, their solidarity having endured hardship. The production of this film shows this solidarity to the world. Not taking a moral stance on the abortion issue allows the film to be shown to bipartisan audiences, extending the potential reach of the underlying message about the ills of natalism. These are the stories that need to be told, stories of women’s struggles in a time of misery. Made in Romania, not a polemical film, but a film about real human suffering. 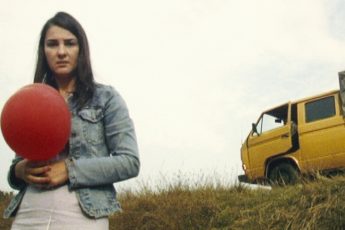 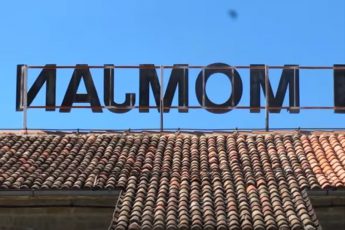