A Film that Aches 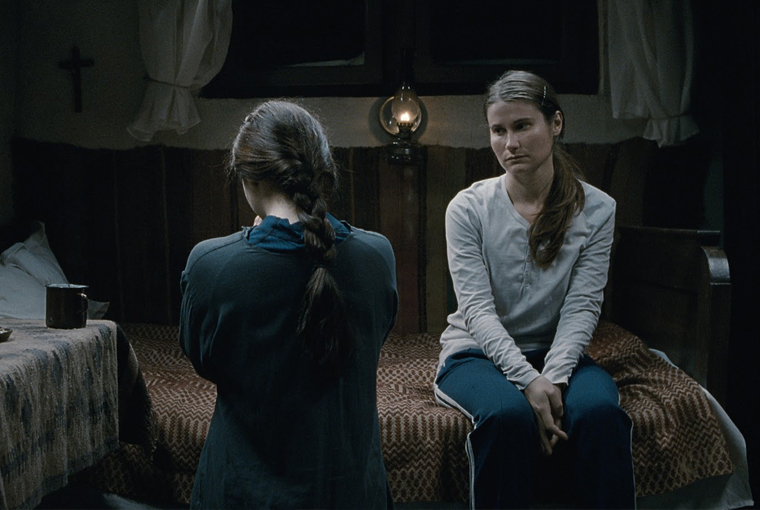 Awarded at Cannes for Best Screenplay and for the performance of the lead actresses, Cosmina Stratan (Voichita) and Cristina Flutur (Alina), Beyond the Hills is a long-awaited film that finally premiered in Romania, its country of origin.

In 2005, a tragic event known as the “Tanacu case” put both the press and Romanians on fire. A young woman had died after a monk attempted to perform an exorcism on her. The case was picked up by journalist Tatiana Niculescu Bran who subsequently published the story as a fiction novel. This novel inspired a theater play by Andrei Serban, which in turn is the basis for Mungiu’s screenplay. But unlike the other stories, Beyond the Hills does not focus on the sensational elements of the event: the lesbian love story or the actual exorcism are barely hinted at. And this is because, as Mungiu himself claims, the story is about freedom of choice of people born into a social context where one is doomed to fail. His characters have no bad intentions, unlike the book or the play, where the priest is portrayed as an outright executioner. As in 4 Months,3 Weeks, 2 Days, where it seems easy to ascribe the victim and culprit roles, the moral analysis is complicated when one takes the context and the individual choices into account. As the Tanacu subject was under heavy scrutiny back when the events occurred, one might have expected the film to heat the spirits as it touches taboo subjects like lesbianism, religion, orphanages, pedophilia, etc. And indeed it has. But the reaction of the public was unexpectedly positive, Beyond the Hills being one of the few Romanian films that had moviegoers standing in line for a ticket.

Still, some debates were of course inevitable. One of them, obviously, is linked to a so-called direct criticism of the Romanian Orthodox Church. To this, Mungiu responded in interviews by saying he intended to open a necessary discussion about social indifference in a country where the overwhelming majority of people declare themselves as being religious. Another expected line of criticism was that regarding Romania’s image as a backwards country. The director’s answer was that he believed in the intelligence of the foreign viewer and that ultimately this was a local story with great universal appeal. And then, there is a series of problems that Mungiu himself addressed: the incompetence of many directors from the old generation, who, without merit, take advantage of public financing programs; the compromise of some actors from the Communist period who sacrificed their integrity by playing in fake movies; and the way Romanian films are being promoted both inside and outside the country. It is worth mentioning that, after coming up with the idea of “movie caravans”, Mungiu invested in numerous public appearances and discussions with the public and mass-media, resulting in what might be the most intense effort to promote a Romanian film to this day. Aside from the approach to marketing as a personal issue due to the lack of broader implication and competence, Mungiu’s tactic also sought to contribute to increasing public awareness about film, which, unlike national television in Romania, addresses social problems.

Another debate was launched by Tatiana Niculescu Bran, the author of the novel the film was based on. She complained that the director had failed to acknowledge her contribution to Beyond the Hills, claiming that this was the only obligation he had committed to in their mutual agreement. Her objections went on to highlight the differences between actual happenings, the book version and the screenplay. Niculescu Bran criticized the director’s option to “make a movie about religion, but without God.”1 Also she thinks the characters’ behavior is implausible as they do not undergo any transformation despite the dramatic course of events that affect their lives. This opinion reflects the lack of psychological insight in the manner the subject is approached. Indeed, Mungiu’s purpose is not to investigate religious facts, but to question the limits of free will in the face of social constraints. In order to do so, he tries to give as much information as possible about the context in which each character evolves as well as their paths of life. But the persons’ past or their personal motives are only revealed in insignificant, day to day actions, and through their interactions with others. Therefore, the camera mostly frames more than two characters in medium and wide shots, and by doing so, Mungiu delivers a sociological rather than a psychological perspective on the case, thus also revealing more layers of a complex reality with moral implications.

The director’s will to address such a sensitive topic by avoiding the “j’accuse” tonalities can also explain the extensive use of long takes and the length of the picture, which, at 2 hours and 50 minutes, is considerable. In this case, the framing allows the viewer to get slowly immersed into the action while becoming familiar with the character’s contradictions. This sensation of being there is emphasized by the use of naturalistic sounds and the lack of music. However, it is challenging to use long takes to compress a few days’ actions that mostly occur in a closed space and, at the same time, give enough information to the viewer without being forced to insist on the main subject of the film, namely the exorcism itself. The film relies, therefore, more on dialogues and stage setting. The risk that comes with this approach is the redundancy of some elements. For instance, the moment when the nuns read out the list of sins to Alina, or the overused “daddy” when Voichita addresses the priest. These moments are particularly ear piercing, taking into account that all the elements in Mungiu’s film are extremely well-dosed. The quintessence of this refined composition is shown in the sequence of the group of nuns crossing the yard in the snow. This image has the beauty of an icon, and the force of a nightmare.

Beyond the Hills, is, as someone noted on an internet forum, a film that “aches”. It confirms the director’s predilection for morally complex subjects that do not offer a ready-made opinion. Judging by the positive reactions it prompted among a diversity of viewers, it is appropriate to say that the film is more than an artistic endeavor, it is a civic one. This seems to be the hallmark of Mungiu, both in the way he chooses and approaches his subjects and in the way he struggles to establish a dialogue with the Romanian audience through cinema. The fact that such a film can be successful in its home country and engage in a dialogue with its audience is probably the best indicator of its merits. Indeed, it is difficult to comprehend the objections of those who claimed that the Palme d’Or was awarded to Mungiu in 2007 as a result of some obscure cultural diplomacy games. 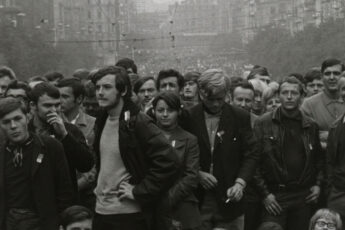 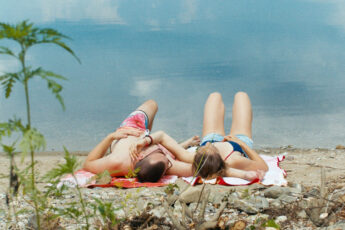