A Mapped Location of Emptiness 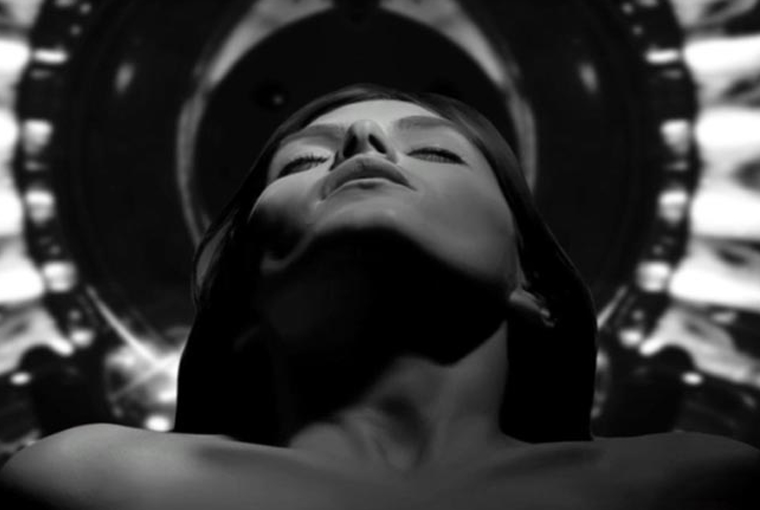 Barić’s wildly innovative psychedelic science-fiction exploration of a future world in which even the subconscious is recordable makes for a truly uncanny animated film experience, in which, as the director himself has stated, “the medium has the same importance as the message”.1 Isidor Dukas (yes that is Lautréamont, Barić very much wears his influences upon his sleeve) is an investigator working for the Mystery Foundation as part of an experiment in ‘objective reporting’. As part of this experiment Dukas is put into an induced state of consciousness in which he can perceive, and interact with, ‘synthetic agents’. One of these ‘synthetic agents’ is called Clara. It is Clara who becomes Dukas’ obsession and the focus of erotic and/or romantic emotional responses that significantly shape the experiment in ‘objective reporting’.

With a background in more traditional forms of animation, Barić has increasingly moved toward exploring the possibilities of digital animation in the large body of film work he has amassed over the last decade. Homemade shorts such as Ghost Porn in Ectoplasm! But How? (2010), The Spectres of Veronica (2011) and Marienbad First Aid Kit (2013) have seen the filmmaker gradually perfect his preferred techniques of collage and manipulating found footage. It is these techniques that enable Barić to create an animated effect akin to the compelling alienation experienced in the technological phenomenon called the ‘uncanny valley’, whereby a human observer is repulsed by the resemblance of the human in something clearly non-human. Nepoznate energije, neidentificirani osjećaji is the filmmaker’s most ambitious project to date, and one that uses this compelling alienation as a central narrative and associative driver.

The short is a carefully layered film within a film within a film. Beginning with the framing device of a Soviet-era scientific film detailing an experiment in ‘objective reporting’, this rapidly becomes a panopticon-like apprehension of reality that uses multiple different filming sources to build up a sense of omnipresent surveillance. The scientific film framing is actually being manipulated and interrupted by the filmed flow of Dukas’s subconscious, which in turn is the source of this sense of omnipresent surveillance. Working a little like a hall of mirrors, or an echo chamber, everything that Dukas perceives becomes a section of film, which, through the presence of ‘synthetic agents’, then becomes a self-reflective act of filming. Thus, the intricacies of Barić’s narrative structure involve a scientific film study of an experiment in objectively filmed reality, that is revealed through the subjectively motivated omnipresence of the film process. This is as bewildering and vertiginous a cinema experience as it reads.

Barić is clearly influenced by the pop-cultural collage work of Lewis Klahr, but his source materials range over a much wider field. There are explicit references within the collage material to classic film noir, new-wave French cinema, television crime dramas and cold war science fiction films from either side of the Iron Curtain. The filmmaker also uses a range of advertising and propaganda images from both the Communist and capitalist past, with a particularly intriguing insertion of digitally manipulated footage from industrial films detailing the technological achievements of the Eastern Bloc. Comic books are also direct sources of collage material, providing much of the layered manipulation of the aforementioned film sources. Thus, a schematic of an engine turbine and its operations are enfolded by the comic book image of a bomb detonation.

The range of different perspectives upon the central character of Dukas that are offered in the opening fifteen minutes of the film, helped to create a sense of police state paranoia, with every edit seeming to amend and manipulate the material that has come before it. The arbitrary diffusion of these opening moments of the film also builds up a greater sense of observation and surveillance. It initially isn’t entirely clear what Dukas is investigating, or, for that matter, whether or not he himself is actually being investigated. This, in turn, helps to enhance the film’s creeping sense of dread.

The introduction of the character of Clara alters the form of the film, introducing the central notion that through increased interaction with this particular synthetic figure (essentially an amalgam of filmic and literary representations of seductive females), Dukas’ subconscious becomes more obsessively focused upon her alluring singularity, rather than the objective aims of the experiment. The closing sections of the film function like an extraordinary LSD trip, in which Dukas’s obsession with Clara sees the investigator lose a grip upon his own sense of self. At this point in the film the collage technique has become so excessive in its accretions of cultural memory that it is no longer discernible as the outcropping of a single subconscious, but has instead become a dense abstraction, making meaning from absence rather than presence. This is most concretely detailed in the way dark spaces in the animation come together to form the cut-outs of a film reel, without a film reel itself being presented.

Barić’s enthusiasm for new forms reveals itself in highly expressive and striking digital manipulations, evocative of the seemingly endless pre-digital visual invention of Polish animators Walerian Borowczyk and Jan Lenica. The manner in which a zonal street map reforms itself, as if adapting to the discrete curvature of the earth, rather than the flat reality of the paper it is printed on, is just one such instance of this pursuit of the unique. Whereas in previous works the filmmaker has focused upon cut-outs, cartoons and the incorporation of manipulated found footage, he here experiments with rotoscoping, using the forms of actors (Nikśa Martinović and Sara Stanić) as a loose framework for his animated figures. This is most compellingly used in the haunting trace marks that layer across the screen as a figure moves through the frame, as if Dukas, in particular, is always being relentlessly pursued by his immediate past.

A final aspect of the film that is worthy of attention is the unusual soundscape devised by composer and collaborator Tomislav Babić. Prior to 2013’s Amnezijak na plaži Dalibor Barić had initiated most of his film projects by devising a soundtrack and then using this as a means of creating the atmosphere and rhythm for the film’s visual aesthetic. However, on initiating the collaboration with Babić a very different approach has subsequently been undertaken. The visual aesthetic of the most recent films has been devised in conjunction with the soundscape, rather than the latter defining the former. A genuine dialog emerges between filmmaker and composer, with the soundscape seeming to suggest the visual flights of associative fantasy that Barić frequently undertakes (a sequence in which a typist at a desk is seen to move as if the desk was an old-fashioned printer head is one such example), whilst the truly awe-inducing closing images of the film required the composer to source in material from his band Nimbus Dei to match the visual extravagance with a comparable aural overload. Babić’s increasing influence upon the filmmaker’s experimentations with animation film form, also reveal itself in the way that the composer treats dialog as an element of musical score. This is comparable to the Brothers Quay and their use of digitally manipulated voice tracks, or peculiar intonations on films like The Street of Crocodiles (1986) or their collaboration with Karl-Heinz Stockhausen on 2000’s In Absentia.

Ultimately, what makes this film such a step forward for Barić and his intense film aesthetic is the manner in which it manages to perfectly synthesize formal experimentation with narrative ambition and the philosophical/theoretical concerns that underpin his work. It feels simultaneously intuitive and rigorously processed, managing to visually approximate a central concern within the dialog of the film, that “the outside world has become a mapped location of our inner emptiness”. The result is a neat collision of J.G. Ballard, Jean-Luc Godard’s Alphaville (1965), Stanislaw Lem’s Solaris (as reimagined by Andrei Tarkovsky), and the paranoid fantasy realms of William S. Burroughs and the Dr. Strange comic books. It bodes well for the future of Croatian animation if a figure like Barić is able to find bigger budgets in his native Zagreb to realize and fulfill his clear aesthetic ambitions. 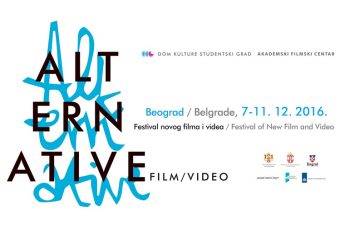 « Previous post
Aljona Surzhikova’s Not My Land (Suur-Sõjamäe, 2015)
Next post »
Szabolcs Hajdu’s It’s Not the Time of My Life (Ernelláék Farkaséknál, 2016)