Szabolcs Hajdu’s It’s Not the Time of My Life (Ernelláék Farkaséknál, 2016) 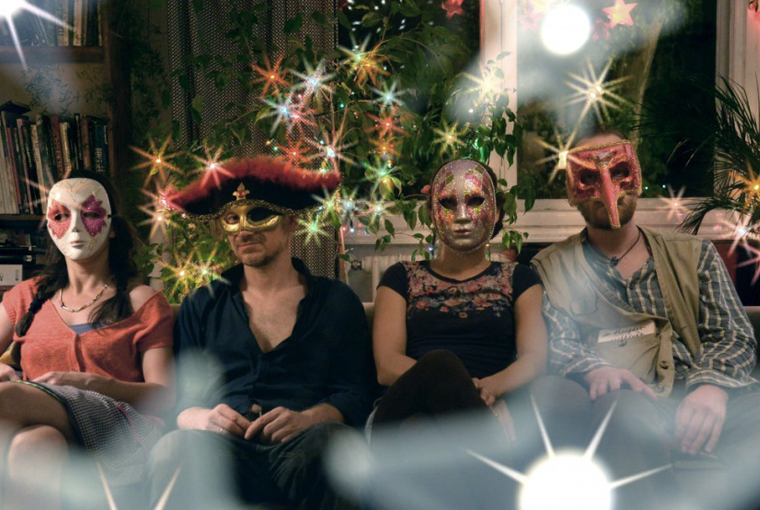 Following the unflattering reception of his transnational masterwork Mirage (Délibáb, 2014), Szabolcs Hajdu decided to have a go at minimalist storytelling and, falling back on his private flat for a set and his family for a film crew, completed a claustrophobic kammerspiel film. It’s Not the Time of My Life not only proves the artistic excellence of Hajdu, but also demonstrates that one can indeed make brilliant films with basically no money or technical equipment. Whether it is the start of a new, neorealist tendency within post-2010 cinema in Hungary or just a brilliant fillip that reveals the director’s utter disappointment with the Hungarian National Film Fund and its corrupt structure, It’s Not the Time of My Life proves that Hajdu is one of the best directors of contemporary European cinema.

Hajdu’s domestic drama takes place over the course of twenty-four hours during which the Farkas family host unexpected visitors, Sanyi (Imre Gelányi), Ernella (Erika Tankó) and their daughter, Laura (Lujza Hajdu). Arriving from Scotland where they have spent the last year, the guests hope to start a new life in Hungary and seek temporary shelter at the flat of Eszter (Orsolya Török-Illyés) and her husband, Farkas (Szabolcs Hajdu). Even though Eszter and Ernella are sisters, the relationship of the two families is full of hidden tensions and, after the envelope with the monthly income of the Farkas family gets lost, the suppressed emotions surface. It’s Not the Time of My Life captures all the anger, jealousy, and abuse that can characterize the interpersonal relations of a family and, while referencing the topical problems of Hungarian society, turns into a portrayal of domestic hell.

Hajdu’s kammerspiel raises taboo issues, such as migration, domestic abuse, estrangement in a marriage and the unexpected conflicts that come with the birth of a child. What happens, for instance, if a father is incapable of loving his son? How does a child play off a mother against his or her father? Where do we draw the line between discipline and abuse when it comes to children? What happens if parents disagree in questions related to education? What if the arrival of a child brings nothing else but conflicts, disappointment and unhappiness?

In a world where we are expected to reproduce ourselves to be full members of society, and where the slightest doubts about raising children are frowned upon, Hajdu’s film is more than brave to raise issues that might disprove the very illusions and meta-narratives of our civilization.

It’s Not the Time of My Life features two families who both struggle with their offspring and the parenting role. With his hyperactive behavior, Brúnó (Zsiga Hajdu), the five-year old son of Farkas and Eszter, generates several conflicts in the family, while his teenage cousin Laura annoys her parents with her rebellious attitude towards their current situation. While Farkas – incapable of establishing a normalized father and son relationship with Brúnó – accuses Eszter of being too lax about disciplining the child, Sanyi is desperate to handle Laura’s emotional crisis. Ironically enough, the cousins both fight for being accepted, loved and taken care of by their parents, which fact the latter are completely unaware of. In one of the most remarkable scenes of the film, Laura and Brúnó organize a theater where, through the metaphor of a whale that must be rescued, they re-stage their very domestic situation. This is the only event where the two families seem to be united. However, because of the enormous masks the parents wear, their real emotional reaction to the play remains hidden. In this way, the masks symbolize the lack of emotional attachment towards their offspring and stand for the grown-up role-plays that define the everyday life of a family.

Echoing Eric Berne’s theory of functional and dysfunctional social interactions, It’s Not the Time of My Life centers around three ego states – the Adult, the Parent and the Child – that underlie the core of conflicts in the film. Eszter and Ernella have a long-standing altercation regarding their respective roles in the family apparatus. Ernella accuses Eszter of being their parents’ favorite child – the one who always got absolute financial and emotional support – which the elder sister constantly disclaims by pointing to their equal positions within the family. Still, Ernella is desperate to find the weak point of her imagined enemy and host, and when she witnesses a fight between Farkas and Eszter that ends with the man leaving his family, she finally finds peace with her own unhappiness. The infamous ‘if it is bad for me, it shall be bad for you’–mentality that characterizes the contemporary Hungarian and Eastern European societies, thus gets mediated through the mini-apparatus of the family and the relationship of the two sisters.

It soon becomes evident for Ernella that they are pretty much in the same boat with her sister and, despite the financial discrepancy between the two families, they go through the same stages and crises. Having just returned from Scotland – disabused of the dreams they had when leaving for the West – Ernella and Sanyi feel broken and devastated. While they try to keep up the illusion of a loving, strong family that lives a life defined by strict moral values, it soon turns out that the consciousness of the family is everything but clean. Under the surface, we witness adultery, alcoholism and domestic abuse, which are further exacerbated by jealousy and the lack of trust in each other. Still, the basic fight of both families is to measure up to the elder generation: whether it is about Eszter and Ernella who fight for the love of their father or Sanyi and Farkas who wish to command respect in the family but get constantly humiliated, It’s Not the Time of My Life demonstrates the lost battle of the protagonists as the Adult, the Parent and the Child. Interestingly, while the four grownups fail in all roles and continue playing the masquerade games emphasized by Hajdu in the theater-scene, in the final scenes Ernella removes her lipstick, thus signifying the beginning of an honest and righteous final game where everyone discloses their true positions in the board game of functional and dysfunctional social interactions. Yet, instead of capturing the next step of the play, Hajdu simply cuts off the image and ends his film.

Having been shot in two weeks with basically no financial or technical support, It’s Not the Time of My Life creates a suffocating atmosphere that, of course, is the result of the domestic conflicts themselves as well as the crowded location that incarcerates the characters. The camera does not leave the threshold of the flat and, as if stepping in the shoes of the protagonists, constantly films the events from subjective point-of-views. Thanks to this technique, the camera gets a personalized presence and a shaking-blurring touch that, as a hidden gaze, not only observes but comments on the happenings. In this way, both on its thematic level and through its mise-en-scéne, It’s Not the Time of My Life resembles Béla Tarr’s Family Nest (Családi tűzfészek, 1979) and his Prefab People (Panelkapcsolat, 1982), thus continuing the domestic cinema-verité cinema of the Hungarian maestro that he himself left behind in the 1990s. Interestingly, the conflicts have not changed much since the Socialist period.

In terms of the presence of the camera, Hajdu gives special power to the device so that is penetrates the very gestures of the characters. It’s Not the Time of My Life is a film of textuality, a visual-phenomenological intercourse between the pro-filmic reality and the capturing device. Having been shot by thirteen different camera-men – students of Hajdu who created a perfectly coherent visual world – the device, as camera-agent, takes on a perpetual presence whereby it circulates, moves and zooms around the smallest details of the image. Like a fly on the wall, Hajdu’s eyes reach into the smallest corners of the room and, while often leaving crucial happenings off-screen, they create a perfectly fluent audio-visual sphere where the objects pick up more meaning than the protagonists themselves. It is no wonder that It’s Not the Time of My Life has often been mentioned along some of the greatest films of the Romanian New Wave: its focus on everyday details, domestic conflicts and the very nature of human relations turn the film into a bittersweet seismograph of old and new human tremors and quakes. 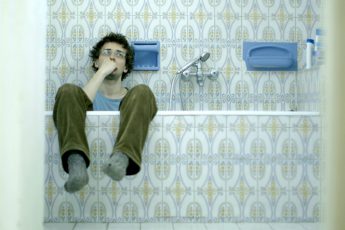 Back to the Past: Mnemonic Themes in Contemporary Hungarian Cinema