Proximity in the Wilderness 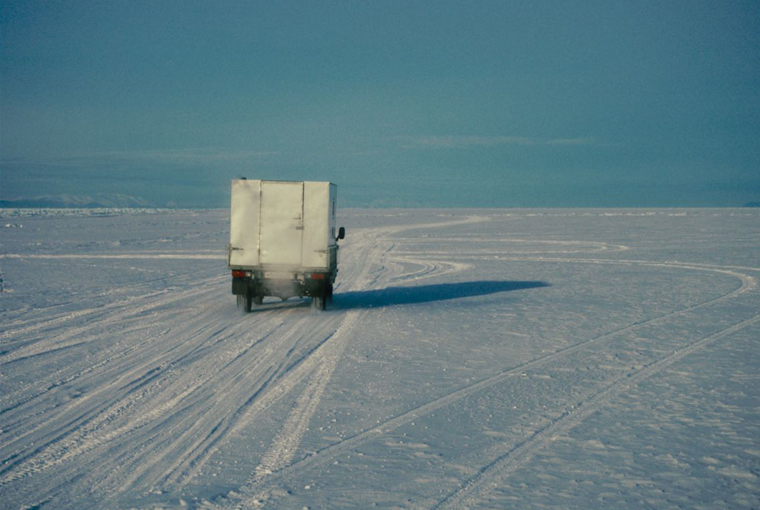 In 2007, the long-term partner of filmmaker David Teboul died from an overdose. His name was Frédéric Luzy and he was from Nevers, just like the main character in Marguerite Duras’ novel Hiroshima, Mon Amour. Duras’ novel tells of a woman who reveals a bleak wartime affair she had had as a young woman in Nevers. These past horrors haunt her current relationship, while her lover is struggling with his own war tragedies. To Teboul, for whom the novel had been a formative part of his adolescence, this biographical fact seemed portentous upon meeting Frédéric, just as it did when Frédéric left David. He died a few months later following a rapid decline.

To the strains of Arvo Pärt’s Für Alina, Mon Amour begins with a transcript of a note David received from Frédéric. In it, he describes his lack of desire to continue living. “David, I feel empty, orphaned, and deeply alone. Today I surprised myself by thinking very strange thoughts about my vital megalomania, which I had to invent very early on, to convince myself to survive against the odds”. It looks like a suicide letter, but we learn that it was an SMS sent to David late at night a few weeks before his death.

Following this we learn about how the two met, and about the beginning of their love affair. Carefully and exceptionally well-written, the recollective text is read by the voice we can only assume to be the director’s (this is not confirmed in the credits though). He reads slowly and meticulously, his voice rising and falling naturally with the emotion of the text. It’s a sad story of gradual dissolution. My scribbled notes of some of the text from this filmic eulogy read: “The last time we made love…disgust… my hands caressing his bones across his skin…”

For all intents and purposes, Mon Amour begins as an essay film. It is deeply academic, containing a hook and the series of questions which the French call the problematique. Why do we love? Why do we let ourselves suffer for love? And so on. When the film veers suddenly from the Paris apartments of their love story to Siberia, we wonder if it is going to continue in this style. Perhaps as a clin d’oeil to Chris Marker’s Letter from Siberia (1957), the visual yet literary pastiche which showed scenes from the Soviet industrialization effort in Siberia. David Teboul seems to have decided to take the attention away from himself, by interviewing a series of couples and single people from a small village in Eastern Siberia. It is as if he were trying to deflect attention from his own intimate confessions at the beginning of the film and gesture towards something more universal that everyone can relate to.

The leap from France to Siberia happens about one fifth into the movie. The director has had a deep connection with Russia and has made several films there. One in 2010, Bania, about the Russian baths which he says he portrayed to explore ideas of traditional masculinity in Russia. He also published a book entitled “I’ve Been Here Before” about the career of Ukrainian photographer Boris Mikhailov. Photography also figures in Mon Amour. After we learn the tragic story of Frederic’s death, a photograph appears on the screen – a man’s torso covered in white powder. The vulnerable and gracious still body appears for an instant before the camera fades into the snowy landscape of a Siberian winter –  a long tracking shot, with a voice-over explaining that the director had decided to come to Siberia.

The reasons for this change of scenery are not made clear, and from hereon the film seems to be split into two separate entities. The explanation given by the director for the sudden change, which is that he “wanted to go the end of the world”, is unsatisfactory, suggesting that he is placing the world on a scale in which Europe is at the center and representative of life, while the Far East is situated at the end, and therefore represents death. On a more generous reading, one could conjecture that he wanted to compare his relatively easygoing life in Paris to a hard existence in Siberia, where the people’s struggle with the elements seems to him to reflect his own struggle with grief.

Which brings up the question, why Siberia? Why this village? Why these people? I re-read the beautiful essay by Hilton Als, Tristes Tropiques, in which he talks about his love for his “twin”, his boyfriend SL:

It’s almost as if I dreamed him – my lovely twin, the same as me, only different. I cling to that story in The Symposium, of the two halves coming together, in “an amazement of love and friendship and intimacy, and one will not be out of the other’s sight”, because that’s all I want to know. Like most people, I respond to stories that tell me something about who I am or wish to be, but as reflected in another character’s eyes.

Like Als, Teboul wanted to see his own story reflected back at him, but with words from other people’s mouths. As if he were trying to confirm that Frédéric had really existed, and that such love was possible. The characters of the film are different enough for us to marvel at their similarities, and similar enough to be able to communicate those stories. In Hilton Als’ outlook, love is essentially a solipsistic vision of the world, a way to understand and better yourself through someone else.

Teboul’s trip to Nevers at the beginning of the film was unfruitful. He guides us through that experience by showing stills from the village rather than live footage. The line from the film, “every night spent in the other’s arms cured us of our childhood,” proves that Nevers was just too close to home. But Teboul’s fascination with Siberia meant that he found compelling characters to interview. Perhaps it also helped that he could thereby ask strangers about their stories in another language, putting one more layer of difference between himself and the “characters”.

The director is a skilled interviewer and gets people to talk about their inner worlds. They even share stories about crimes they have committed for love. Traveling across several small towns, he meets a man who killed his stepfather because he had been cheating on his mother, a young soldier who wanted atonement for his handicapped sister, a couple with hope for the future despite their difficult circumstances, and many old couples who speak about enduring love. Often, he juxtaposes these images of the interviewees with meetings of two men’s bodies, and overlies their words with words about his love for David.

The men and women from Siberia interviewed by David are the characters that he needed to meet in order to understand his own story. Maybe the link was as simple as one photo that reminded him of snow, maybe it was a shared love of a country that they will no longer be able to visit together. Although there are a lot of questions left unanswered here, and though Frédéric’s death left David with a lot of mysteries, he chose to overlook these questions and try to understand himself rather than pretending to understand his love. This makes the film transparent not only in relation to the implicit egoism of David’s fascination with Frédéric, but also regarding the exotic outlook on the Far East as the place onto which Western intellectuals can project their sorrow. 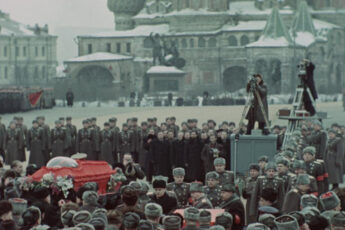 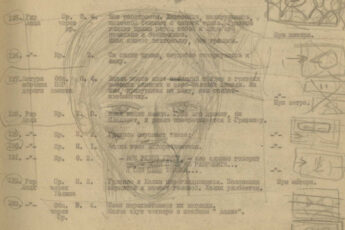