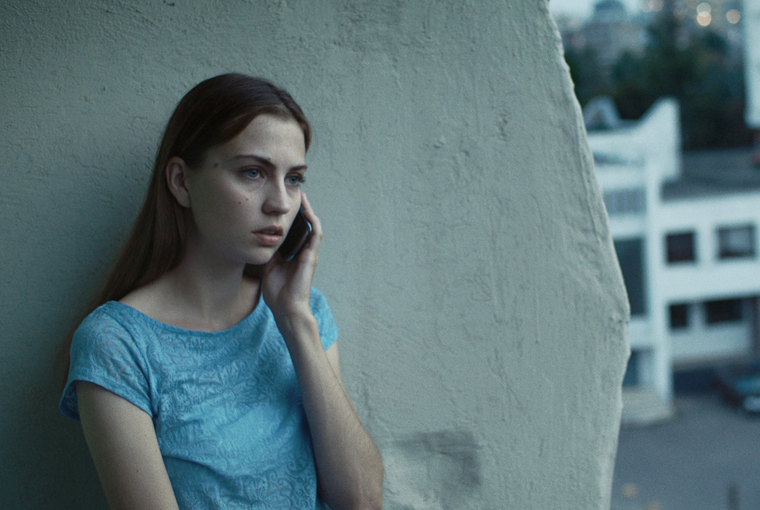 Lothar Herzog’s 1986 follows student Lena as she navigates her life between school and her father’s nefarious legacy. Her days are fraught with typical relationship troubles, perfunctory lectures and saving her family’s reputation. Her recently arrested father loses his business making bad investments with the wrong people. Lena takes it upon herself to rectify her father’s mistakes and honor the family name by dealing in scrap metal. Borrowing her father’s truck, she undertakes a number of jobs that lead her to salvage sites in the exclusion zone. One last job will be the ultimate test of strength and valor, and one that she might not return from.

Lena is a captivatingly complex protagonist. As she tries to strike a balance between depicting domestic normalcy and illegitimate import dealings, Anna Anisenko’s performance displays a vast array of challenging emotions. At times she shows her youthful age, arguing with her boyfriend Viktor and struggling to pay attention during her economics lessons. Heartbroken in her dormitory, she nakedly curls up into the fetal position on her bed and weeps. In moments such as these, Lena unveils her vulnerability and sensitivity. Her erratic mood swings are indicators of her emotional volatility and perhaps a weakness in her character. Conversely, Lena also has the capacity to control her feelings in otherwise daunting circumstances. She is fearlessly stubborn when confronted by intimidating crooks, bargaining her way out of danger. She is headstrong and entrepreneurial, determined to save her father from another ten-year prison sentence, no matter what the risks. Her refusal of a better life in Moscow with a new lover is indicative of Lena’s autonomy and independence, two values she favors above all else, especially comfort and convenience.

The settings in 1986 contain a lot of vivid imagery. At an unkept farm in the silent countryside, Lena visits her grandmother’s house, which appears abandoned and dilapidated. Rickety wooden furniture is covered in dust and the roof is partially missing; it is a dead house, devoid of homely familiarities. The scenery has a drab, ghostly nature to it, juxtaposed with previous settings full of blithe frivolities (swimming at the lake, dancing at a house party). While in the exclusion zone, the camera shots are much wider, and the cinematography has a more fluid and meandering quality. Tracking shots slowly stalk Lena’s car from above as it weaves through the forest. A mist falls onto the uncanny landscape and the setting sun distorts the colors of the trees. As a result, the forbidden zone has a sublime beauty to it, but one that instills a sense of alienation and trepidation, as if a separate entity to the real world. Stripped of their valuable materials, the foundations of buildings lay bare. Their structures are skeletal, giving the impression of an architectural graveyard. It is as if the nuclear fallout, rather than the poachers ransacking for scrap metal, has rotted away the properties.

Like the radiation that pollutes the exclusion zone between Belarus and Ukraine, Lena’s tumultuous world is similarly contaminated by her father’s lifestyle choices. Lena is forced to inherit the gambling debts that he has accrued, the tax avoidance and the favors that he owes. His dark shadow poisons his only daughter’s way of life, forcing her to take up illegal employment. Even imprisoned, his imprint on the family has permanently influenced their social and financial situation. His enemies are Lena’s enemies and he has a penchant for causing bad blood between rival businessmen. Everything that Lena accomplishes, she does so because of and in spite of her father. Every time she embarks on one of her criminal assignments, she is confronting her father’s mess, determined to make amends. Inexorably, however, it is a trauma so inescapable and all-encompassing, that she gives herself completely over to it.

In the final sequence of the film, after ramming a barricade of other poachers protecting the border, Lena pulls the truck off the beaten track, abandoning the vehicle and all of its wares. She wanders to the riverbank, washing her hands of the dirt from the wheel and, in a more symbolic reading of the gesture, the responsibilities put upon her by her father. Twigs and branches snap beneath her gentle steps as birdsong plays and crickets chirp. Wind rustles the leaves as she explores with a childlike wonder and purity the beautiful, naturalistic surroundings. Free of her burdens, she disappears into the forest, engulfed by the foliage and at absolute peace with herself.