Transitions for the Roma

Didier Guillain and Christiane Schmidt’s The Forest is Like the Mountains (Padurea e ca muntele, vezi?, 2014) 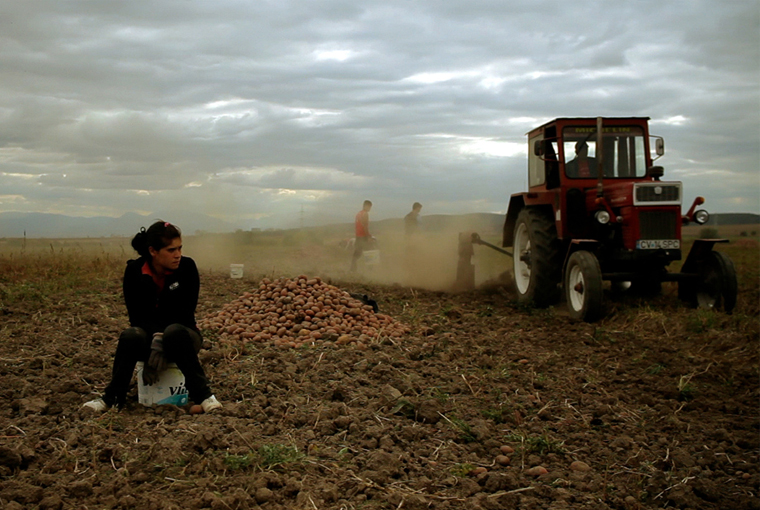 This film by Germano-Belgian couple Christiane Schmidt and Didier Guillain is a production of the Munich film school—Christiane’s final project before graduating. The images are sublime, and the cinematography, with the seasonal changes of color in the small Roma village at the center of the story has received widespread praise from critics.

The two filmmakers came across this village near Sfântu Gheorghe while travelling in Romania in the mid-2000s with a makeshift darkroom in their campervan. Here, they became acquainted with a local family with whom they developed a working relationship and personal friendships. Aron is the self-appointed head of this small settlement in the hills, more like a shanty-town than a village. With his typical high hat and his manly gait, he is a respected member of the community, and the filmmakers highlight the way that the young men of the village look up to him.

One of the most interesting scenes involves the energetic Aron waking the whole village early for the potato harvest. Early in the morning he pulls out a megaphone and shouts at everyone to wake up. They all pile into a truck, spilling out the sides, and trundle along to the potato fields where Aron carefully splits up the money and the tasks. This is one of the only ways that people in the village can make money; all the men are looking for work and many of them are hungry.

Gender roles are clearly established in this tight-knit community. Couples marry young, and have children young too. The men go out to look for food and work. The women stay at home and do the cooking, but most of all they have beautiful voices, and they sing joyously, while they work, in the house, in the street. Song is the soundtrack of the film, and it reminds us that there is hope even when the changes of the modern world have reduced the village to poverty.

In Berlin this February, Aron and his family were present at the premier of the film at the magnificent Delphi Filmpalast. It wasn’t only their strange clothes which made them seem out of this world, although that was an obvious indicator. What made them seem far away was because they seemed to come from another time, a time before film even existed. Perhaps their being at the festival is in itself a sign of changing times for their town and their kin. What the festival attendees thought of these rustic Romanians is perhaps less important than how the villagers coped with the large step in their transition into the 21st century.

Romania is poised between wanting to preserve its heritage and needing economic action, as their mixed response to the proposed cyanide-using Roșia Montană goldmine illustrates. Will Europe be capable of embracing the diversity of these historical lands or will they be modernized into conformity? And will the laborers of Aron’s village be only muscle power for the richer cities in the west, or will they be able to rebuild their own houses? 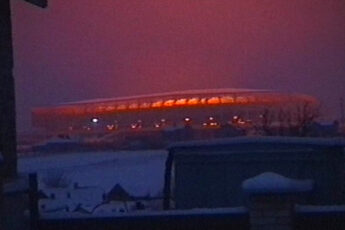