Good Versus Evil in the Ukrainian Countryside 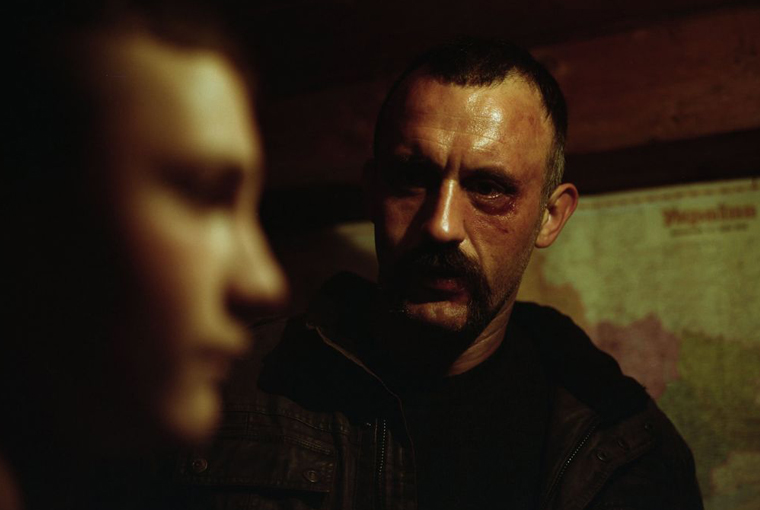 Since 2014, Eastern Ukraine has been the epicenter of armed conflict in Europe. Fortunately, not all Ukraine-related films turn to military themes or patriotism to address the ongoing conflict. Nariman Aliev’s Homeward (2019) is a road movie that addresses the loss of one’s origins in a country traumatized by violent deportations; Christina Tynkevych’s How is Katia? (2022) deals with road accidents and corruption in Ukraine’s healthcare system; and Simon Lereng Wilmonte’s A House Made of Splinters (2021) is a Danish documentary about child care for broken families in an Ukrainian orphanage which alludes to the broader social repercussions of war such as increased domestic violence, poverty and alcoholism. While the ongoing conflict is an inevitable backdrop in these stories, such films offer more than a straightforward condemnation of war. They propose more complex ways of addressing the question of how people may react when faced with trauma, loss, and moral dilemmas. Similarly, Dmytro Sukholytkyy-Sobchuk’s Pamfir has no apparent links to the war and instead turns to a small village in the Carpathian region of Western Ukraine to tell a story of corruption. Stylistically, the film draws heavily on the narrative structure of “gangster films”.

The film takes its title from the main character, Pamfir (Oleksandr Yatsentyuk), a strong and kind man whose imposing posture and height make him physically resemble a bear. Pamfir’s return to his family and hometown coincides with the community’s preparations for “Malanka”, a local carnival celebration specific to Western Ukraine. The feast features unusual traditional costumes and dancing around the fire. Pamfir’s hometown is a small rural community near a thick and misty forest that connects Ukraine to Poland. The forest thereby provides access to the European Union and has thus become the playground of smugglers and (corrupt) border guards. The film’s setting is essentially a smugglers’ village, with most of its population having ties either to the local crime lord or the national border army.

The film opens with a long single-shot sequence inside a small warehouse that has been transformed into a workshop for making carnival clothes and masks. Nazar, a young boy, tests his handmade costume that resembles an eerie hay creature with a face concealed behind a white mask. To Nazar’s pleasant surprise, the scene is interrupted by his father, who has unexpectedly returned home for a brief visit after months of working abroad. Nazar’s initial enthusiasm fades when he learns that his father does not plan to stay for the festival. Indeed, Pamfir emphatically reminds his wife and son that working outside Ukraine is the only way to earn a decent wage through legal means. His return, however, broaches different demands, both financial (such as paying the repairs to the church his son had accidentally burnt) and emotional (such as his wife’s constant pleas to “not go”), which force him to extend his planned stay. The longer he stays, the more the local microcosm affects him and his initial invincibility. His robust physique and firm convictions are gradually clouded by his inability to protect himself and those around him from local crime. True to the gangster film genre, Pamfir decides to return to his old profession of illegal smuggling “one last time” to pay off his debt, a choice that threatens the status quo in the village.

The community’s financial and moral stagnation finds a visual counterpart in the film’s obsession with biking. Both father and son ride their bicycles through the small village, whose dirt roads become increasingly muddy as the season progresses. Biking thus becomes a physical struggle against nature itself, a visual allegory for Pamfir’s struggle against a corrupt world-order. If playful, this visual metaphor seems overly intentional, often distracting the viewer rather than engaging them. The same goes for the careful use of long single-shot sequences. While visually impressive, the film’s camerawork, which floats around the characters for several minutes at a time, seems more of an exercise in style than a formal choice that genuinely enriches the story. In fact, the visual complexity introduces at times a spectacular dimension that draws attention to itself and thus detracts from what would otherwise have been a raw realism.

In contrast, structuring the narrative as a countdown leading up to the day of the carnival successfully builds up the expected climax. As the day of the festival draws near, Pamfir’s despair grows. The carnival is thus established as a narrative time-bomb set to explode. While obvious, this consistency provides a clear narrative structure as the viewers feel trapped and perplexed by their expectations of witnessing disaster at the appointed deadline. The carnival, though, is also a symbol of community bonding and local tradition. Indeed, some form of value is attributed to maintaining ties to one’s (problematic) origins and, by all appearances, this is the main reason why Pamfir remains reluctant to follow his wife’s pleas to leave all together for Poland, a decision that would solve most of their problems. Pamfir considers his stay abroad as temporary and wishes for a familial continuity that can be achieved only if Nazar grows up in the same environment that he himself did. The film’s investment in this father-son bond comes at the expense of female characters, such as Pamfir’s wife or mother, who both end up being reduced to occasional emotional supporters or outright plot devices.

A second reason for his refusal to leave seems to be his male pride. When his son sets fire to the local church, Pamfir prioritizes paying off the family debts (to the crime lord who owns everything, including the church) over fleeing the community and saving himself and his family. Never questioning if descending into crime to repay one’s debt is indeed a morally justified choice, the film ends up crafting a character that satisfies most of the conditions typically attributed to male pride and masculinity. Pamfir is simple yet strong, kind and virtuous, and exudes strong personal principles. Against his enemies, he is ferocious, easily facing more than ten lackeys of the local crime boss in a surreal fight sequence. He is a legendary smuggler who prioritizes the well-being of his colleagues and a champion fighter who protects the weak, all the while being a sacrificing father and a loving husband. Pamfir is thus a perfect moral counterpoint to the rest of the community, which is full of decay and corruption.

This simplistic duality proves to be the film’s greatest weakness. In contrast to typical crime narratives that cash in on their protagonists’ moral ambiguity, Pamfir is an “ideal” figure whose only flaw lies in his emotional attachment to an ungrateful community that he (mistakenly) considers his “home”. In the end, it is his trust in others that fails him. In an expected turn of events, the film ends by breaking this emotional attachment. What remains, though, are black-and-white morals and a sense of value in family self-sacrifice. One may see this as intentional irony (after all, Pamfir does pay the price for his beliefs and pride). However, this interpretation becomes difficult to maintain if one indeed attempts to link the film with the ongoing war. When asked about the possible connection, the director replied that “Pamfir’s willingness to risk his life and perhaps sacrifice himself for his family hits differently now”.​1​ One might deliberate over the exact meaning of his words, but, taken at face value, they seem to reinforce a straightforward moral reading of the film, whereby “great men” (who value tradition) bravely fight against a corrupt world and end up sacrificing themselves, if not in glory then at least in a “meaningful” way. It is difficult to see how, even within the gangster genre, such a categorical distinction between heroic “good” and corrupt “evil” could possibly become the basis of a complex social drama. 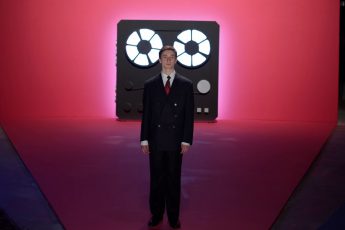 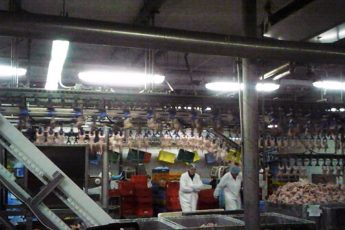 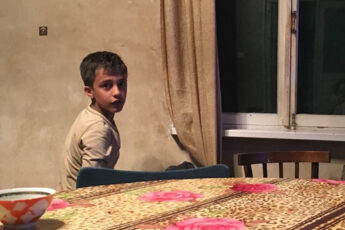 « Previous post
Bogdan Balla’s I Had Been Sleepwalking When I Saw All Those Colors (2021)
Next post »
Ioseb Bliadze’s A Room of My Own (Chemi otakhi, 2022)