Of Landscapes and People 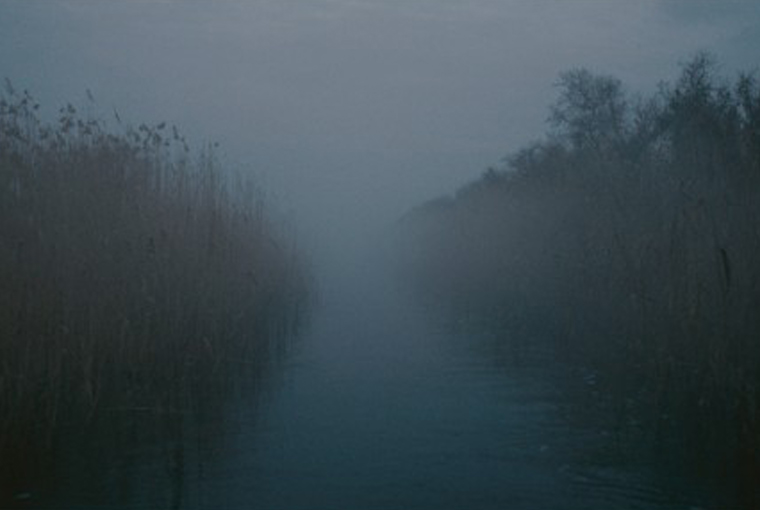 Debut filmmaker Ella Manzheeva lets the beautiful Kalmykian landscape speak for apathetic characters in The Gulls, the vaguely touching story of a quest for self-determination. Elza (Evgeniya Mandzhieva), a middle-aged teacher, has a taciturn, almost technical relationship with her husband Dzhiga (Sergey Adianov) – dinner at home is both rare (Dzhiga works at nights) and a ping-pong of insinuations and suppressed feelings. Though the film’s opening sequence shows her attempting to leave Dzhiga behind, she drops that plan which soon recedes beyond view as Elza is swallowed up by a Macbethian series of intrigues. At a family party at Elza’s evil step-mother, she both flirts with an acquaintance and doesn’t, as she alternates demonstrative giggles with worried glances at Dzhiga who’s discussing “business” with fellow townsman Ledzhin (Dmitry Mukeyev) outside the house’s premises. Dzhiga makes money from illegal fishing, a job which appears to drain both his energy and high spirits. When Ledzhin is extorted by the police because of presumed drug possession, Dzhiga and his fellow fishermen are framed by the local police and finally disappear. Though the policemen are locals, they seem to comply with the Russian state’s anti-Kalmyk attitude, which is visible even in unofficial institutions – a non-Kalmyk fortune-teller refuses to hear out Elza, while local Kalmyks are frequently harassed by Dagestani and Russian civilians.

Time goes by slowly in Kalmykia (northeast of the Caucasus), the film suggests, with Alexander Kuznetsov’s landscape shots and handheld sequences often getting more of our attention than the characters. Every event, however routinely or laconic, is blown up into a full-fledged sequence. If slightly overemphasized, Kuznetsov’s cinematography – which leaves no angle unattempted (windshield views in and out, bird’s-eye-views, loose framing) – succeeds in tying the story together for a surprisingly long time. Unfortunately, we never find out what Elza thinks about either Dzhiga’s sudden disappearance or her newly gained independence. Since she shows no trace of emotion either verbally or facially, her sole expressive repertory consists of actions, for the most part negative ones – leaving, being silent, avoiding contact and/or problems. When the wife of another fisherman visits Elza the morning their husbands fail to return, Elza sends her home and promises to call only to lend the camera another moment of unrevealing (if elegantly framed) apathy. Not doing anything is also acting is what Manzheeva seems to be getting at – if only the viewer knew whatever it is Elza is not doing (how should we care about Elza leaving her house behind without knowing what she felt for it in the first place?).

Unlike Elza, Dzhiga’s mother makes her demons known. When she blames Elza for her son’s disappearance by invoking dreams and intuitions, it becomes clear that her overbearing confidence in tradition and superstition is both selective and harmful, but Manzheeva bloats the conflict when there is really none: Elza, after all, is herself superstitious and keen on leaving. If her step-mother is a slave to pliable shibboleths, so is she herself. Besides, the obliviousness the audience is confronted with is mutual – Elza no more cares about her environment than it does about her. Why should we care about Elza?

If Manzheeva convinces us that Elza’s existence is overdetermined by her environment, empathy does not automatically lead to identification. Elza not only falls short of realizing her intentions, but is for the most part unable to even communicate them. When the film draws to an end, the viewer has already given up on Elza, whose extreme measures in the last 30 minutes seem like a belated attempt to render the story meaningful. Manzheeva is asking for a lot from the audience – too much given that her protagonist seeks recognition without offering the audience anything in return. The creatively lensed landscape and well-timed musical interludes (discreet, multi-tone waves) fill this semantic void to some degree, but hardly provide a constructive narrative thread. It is striking that Manzheeva could not capitalize on her understanding of institutional oppression – the region’s corrupted bureaucracy, discrimination against locals and self-harmful traditionalism are cleverly observed without preachiness. It is rare for a director to be too cautious in making judgements, but Manzheeva seems to have let aesthetic primacy conceal her sharp discernment.