The Color of Bulgarian Cinema 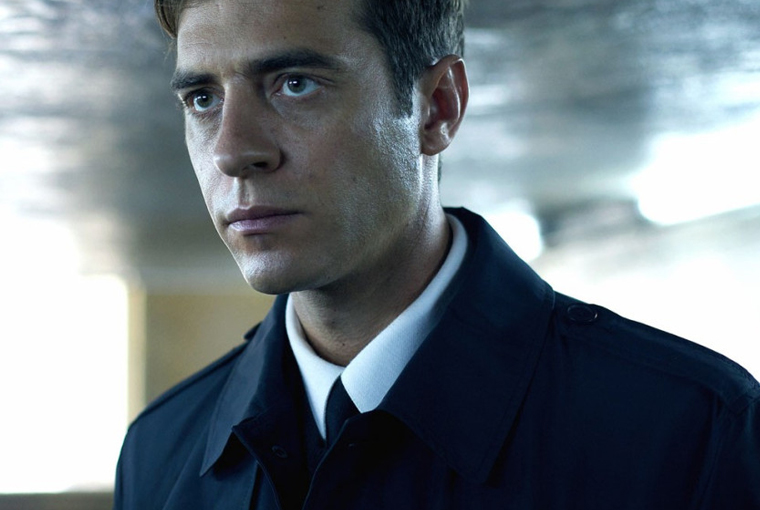 The Color of the Chameleon tells the story of a young charismatic man, Batko Stamenov (Ruscen Vidinliev), with one extraordinary gift: lying. Unfortunately, Batko lives in a world that has many uses for that gift, and so he is recruited to work as a spy for Bulgaria’s secret police. His job is to provide information on a group of intellectuals. An obscure incident makes him loose the job, but Batko’s feel for the spying game lets him stay in the field. Under the pretense of still belonging to the secret police, he creates his own network of spies (ironically made up of the same group of intellectuals he used to spy upon before). Soon, he accumulates vast amounts of private information, most of which concerns people who will hold powerful positions after the fall of Communism. In the post-Communist power struggles, Batko gains pleasure using his database to play out one against the other.

Based on the political novel Zincograph, Emil Christov creates a dark-humored thriller that shows how spying can be used by both the powerful and the weak in a totalitarian and corrupted system. But the film is much more chaotic than I could recount in a resume. Christov doesn’t bother to show us a face twice to remember a character. The setting remains unexplained, which makes you constantly wonder what is happening and why. One blink of the eye, and you’re out of the story. The storyline is embellished by original scenes from Casablanca and Caligari, and symbols from the history of cinema don’t really facilitate orientation.

In his debut, Christov shows his experience as a cinematographer. The film’s images are aesthetically accomplished. But the director’s love for symbols and the lack of connectivity between them hides the political implications the film could have. Why set the film during Communism in the first place, one might ask? Obviously there was more spying going on back then. It is difficult, however, not to accept that as a political implication…

The number of films coming from Bulgaria can be counted on the fingers of one hand. This year, Bulgaria distributed two films, Sofia’s Last Ambulance that we discussed when it was screened in Cannes, and Emil Christov’s The Color of the Chameleon that was screened at the TIFF (Toronto and Thessaloniki). Sofia’s Last Ambulance seemed like a version of The Death of Mr. Lazerescu. The Color of the Chameleon, is a light-weight pastiche of a dozen international films. According to the director, even the main character was inspired by The Talented Mr. Ripley. So much, then, about Bulgarian cinema. If it exists, these films seem to hide it.