Through the Looking Glass: Us and the Other 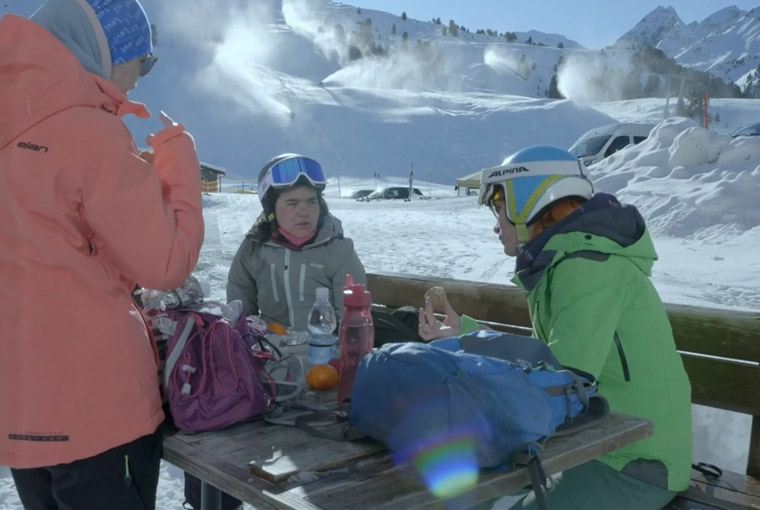 A story about three Afghani girls longing to become professional skiers and represent Afghanistan at the Olympic Games may at first sight seem like a perfect subject for a documentary film. From a Western perspective, such a story could become a unique and powerful example of female agency and emancipation against the backdrop of the current repressive Islamic laws instituted by the Taliban. The country which has repeatedly appeared in the news and media, has seen decades of military conflict, change of government and political and social unrest. However, Afghans’ little to no resistance against the recent Taliban takeover in 2021, following 20 years of Western “democratization” after the US military invasion, makes Afghanistan a prime example attesting to the impotence of the Western gaze when it comes to understanding, mediating, and constructively interacting with different cultures.

Aspiring filmmakers arriving in such a complex and conflicted terrain which is saturated with media representations from the West, would first need to confront their own stereotypes. The story of these young Afghani girls starts off reinforcing an all too familiar narrative of the West coming to the aid of developing countries with non-Western and hence non-democratic governments, traditional patriarchal societies, and repressive regimes. The Slovenian filmmaker Haidy Kancler has stated that the story of these young girls skiing in the high mountains of Afghanistan with hopes of competing in the Olympics had captured her attention, though she originally intended to follow the work of a female Slovenian ski instructor who leaves Europe to teach skiing in Afghanistan each year. The ambitions and the aspirations of the three girls offered the filmmaker an angle to delve into Afghani society, whose inner workings are rarely seen in Western media, news or even documentaries. Along the way, the documentary does expose (by accident, it seems) the incompatible gazes of “us” and the “other” through the clash of realities on ground, when the three Afghani girls travel to Austria with a scholarship to train and become licensed ski instructors. While on European soil, the documentary offers intimate glimpses into the inner lives of the three girls, who struggle to cope with the harsh rules of the Austrian ski school and instructor, and their own “temporarily acquired” freedom away from their family, community, and everyday reality back home in Afghanistan. In fact, as the film’s title indicates, having arrived in the “coveted” and imaginary realm that is Western Europe, the dreams of the three girls, the ski instructor and the film production crew slowly melt away, revealing the ugly face of reality.

Discussing intimately in their native Dari language, the girls reveal how their European friends have little understanding of the reality women face in Afghanistan and thus fail to grasp the sacrifice involved in abandoning their work and lives for the promise of a “chance of a lifetime”. Indeed, like their ski instructor, who eventually assumes the role of an authority who performs her symbolic “forgiveness” vis-à-vis the children’s errors, the film tends to show an equal lack of understanding of the girls’ delicate position. On screen, most people are portrayed as shocked by how critical the girls are of the European lifestyle. Since little insight is provided into the girls’ lives prior to the film’s intervention, the audience is left only with assumptions about the reasons for this rejection, which may often be perceived as “ungratefulness”.

Unsurprisingly, these tensions lead to an unexpected turn of events that radically subvert the filmmaker’s aspirations and the audience’s expectations, providing evidence that, even against the best of intentions, artistic or any other projects trying to fit people into an ideal Western frame seem to eventually backfire. In turn, the failure of Western expectations fills the second part of the film with a deep frustration born out of the production’s realization that they have little control over the situation. While this unexpected outcome of the story and documentary observation emerges as a conflict and provokes a different direction, it is not explored by the filmmaker to full effect. The documentary oscillates between the incomprehensibility between different cultures, such as that between Afghanistan and (Western) Europe (via Austria and Slovenia), but does not fully come to terms with the very premise of documentary film ethics. However, the question of the documentary gaze does come to the fore: once a camera enters into the life of an individual, family or community to record and represent a subjective experience of reality, it necessarily affects and modifies this very reality, however imperceptibly. Here, the documentary gaze/filmmaker is far from being an innocent observer as her documentary gaze visibly shapes the making of the story unfolding in front of her eyes.

Although self-critique and self-examination of the filmmaker’s or production crew’s role in this process never becomes an explicit part of the film, its structure feels increasingly fragile. This can be seen as an attempt to honestly confess the film’s own weaknesses and failure to deliver the expected success-story of the Western intervention. At the very least, the powerlessness felt by those involved in the making of the documentary is not marginalized and instead returns as a central feeling haunting the last parts of the film. Despite an awkward “happy” ending, the filmmaker’s sincere doubts about her own approach reach the audience. This incomprehensibility infuses the film with frustration, if not desperation, which, in turn, provoked a mixed reaction among the Greek and international audiences at the 24th Thessaloniki Documentary Festival, where it screened in the “Newcomers” International Competition. Seeking explanations for the role and involvement of the film production team in the stories of the three young Afghani girls, the audience would end up questioning the very limits of Western intervention that they may previously have viewed less critically. Perhaps, the audience along with the filmmaker and the production team will treat the flawed Western gaze of Melting Dreams as a yet another wake-up call about the necessity to imagine, rethink, and shape different cultural attitudes. 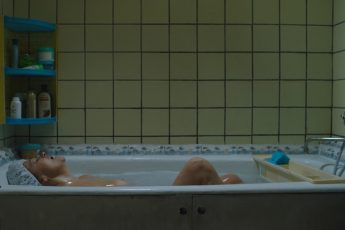 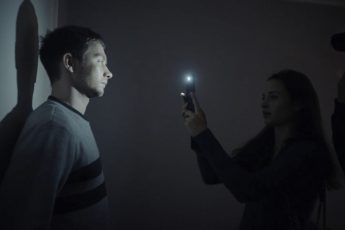 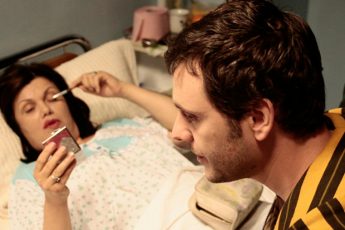