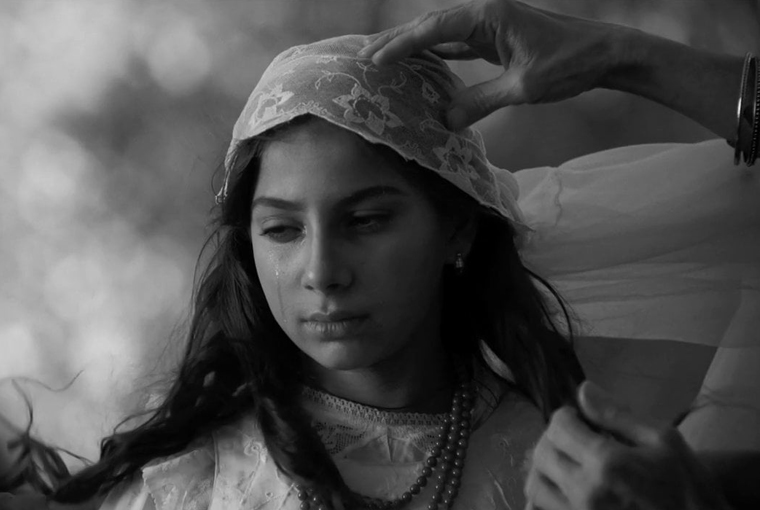 Joanna Kos and Krzyszstof Krauze’s Papusza is likely to be Western audiences’ first contact with the story of this “cursed” Romani poet (real name: Bronisława Wajs) and her sad, tumultuous life. Adored by the contemporary Polish public for her verses — the first by a Roma to be published in Polish —, Papusza spends her life as a pariah, exiled by her own community, dominated by her much older husband and frequently jailed for stealing chickens. Released from jail to attend a concert in her honor, with musical settings of her poetry, the diminutive, timid old woman insists that she has never written any verses.

As we shuttle through her lifetime, we discover the reason for this self-denial. Papusza’s curse is her ability to read and write. As a curious child, she seeks out instruction in the nearby village from a Jewish shopkeeper. But to her community, reading gadjo (non-Romani) language is a sort of treachery and a bringer of bad luck. When whites attack the camp and burn down many wagons, young Papusza thinks she sees the black magic of her newfound knowledge at work. She is doomed to become a version of Cassandra: her own voice, raised in alarm at the coming purges against gypsies, is anathema.

Through the prism of Papusza’s life, the film seeks to portray not only the vanished itinerant society of the pre-World War II Polish Romani down to the smallest detail, but also the universal plight of women whose intelligence sets them at odds with their traditional communities.

Disaster upon disaster strikes the Roma, depicted in succinct metonymic fashion by the filmmakers. The entire era of Nazi persecution is shown in the aftermath of a single massacre; the crushing poverty and loss of culture entailed by Socialist-era forced settlement in the Socialist era are manifested in middle-aged Papusza’s dark, grimy apartment, her husband’s alcoholism and her young son’s misery.

But for Papusza, the most personal torture is her expulsion from the community because of her relationship with Jerzy Ficowski, a dissident writer fleeing from his own society. Ficowski recognizes the beauty of Papusza’s poetry and arranges for its publication. At first delighted by her fame, the community turns against her when Ficowski publishes an anthropological book that “reveals Gypsy secrets.” Although Ficowski is simply describing what he learned in his two years with the Romani, Papusza, as his friend, is blamed for allowing gadjos to penetrate into their secretive world.

The relationship between the lonely Gypsy poet and the zealous Polish intellectual – whose otherwise admirable curiosity and acuteness have put Papusza in danger— raises deep and sensitive questions. It would be wrong to characterize Papusza as balancing Polish persecution against Romani patriarchy: the Western ideal of knowledge as belonging to all runs counter to the Romani need for secrecy and exclusivity. Tragically, the community responds by punishing one of its most vulnerable: an already mistrusted, unconventional woman.

But a refusal to idealize does not obscure the filmmakers’ fascination with this vanished world, which is so beautifully recreated it can scarcely help evoking nostalgia. The Filmfestival Cottbus last November placed an emphasis on Roma culture; while many other fine films acted as societal conscience, contemplating integration and discrimination (see last month’s review of My Dog Killer), Papusza represented a commemoration of hidden lives. The challenges faced during pre-production – the construction of caravan wagons and the reconstitution of the Polish Romani dialect, for example — reveal the extent of this fascination. In postproduction, period photographs were used to provide the backdrops for wide shots, creating almost unearthly black-and-white landscapes (the choice of black and white apparently helped the images mesh more seamlessly). The panorama of folk and natural textures makes the film melancholic rather than bleak, a fitting celebration of a sad poet and her tale of survival. 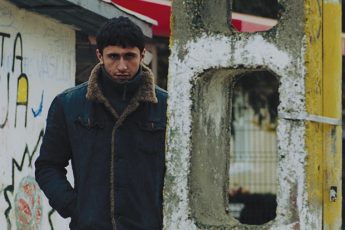 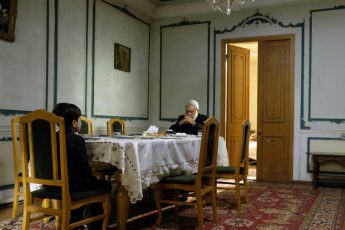 « Previous post
Four Recent Polish Shorts on the Theme of Alienation
Next post »
Małgorzata Szumowska’s In the Name of… (W imię…, 2013)