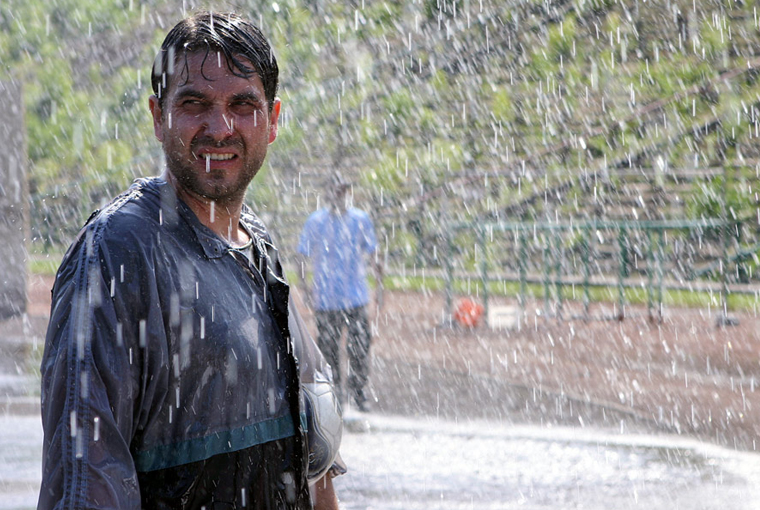 The Offsiders is a 2008 film made by Kasia Adamik, daughter of Polish film director and producer Agnieszka Holland. Adamik’s mother is famous for several big American productions such as The Secret Garden (1993) and Total Eclipse (1995), but Adamik has made a very Polish film on a small budget. It portrays the hardships and betrayals of homelessness in Poland. This film is a catharsis of the worst kind, the kind that shows us the unpretty reality of the worst case scenario. As is often the case with films that are based on a news item, this film can be summarized with one phrase that might spark the moviegoers’ interest: it’s a film about a band of homeless Polish men who enter the Homeless Soccer World Cup.

This really exists. The tagline on the official website for the competition currently reads: ‘Beating Homelessness Through Football’. This statement could pretty much sum up the film. But The Offsiders was never meant to be a documentary. The problem, therefore, is making a good fiction film out of this ‘human interest story’. This technique can be a wonderful success. Bob Dylan claims to have written many of his songs based on the news. But it is not always the best idea to make a film out of such a story, let us not forget Pawel Sala’s Mother Teresa of Cats made in 2010. Adamik’s film is altogether more convincing than that of Sala, although some ends would do to be tied up a bit more nicely.

Jacek plays for the National Polish team, but his hopes for fame are dashed following a sports accident. Refusing to become a corrupted professional football coach, he becomes a reluctant basketball coach. Early scenes of the film feature Jacek swigging vodka out of a flask in the children’s changing room. When his wife kicks him out and he is beaten up by thugs, he runs into a group of bums in the Central Railway station in Warsaw who are trying to play football. When they discover his skill, they beg him to coach them. Thus begins the unusual football team. This band will play soccer with anything they can get their hands on: a beer can, the papier-maché head … they finally get a real ball, along with a female French tourist. This beautiful tourist brings a romantic story to a film which didn’t really require one. An unnecessary spoonful of sugar like the one we are force fed in so many films of this kind. But as the director commented after the screening, it is difficult to find films which cover the ‘middle ground’ of Polish cinema, which has a tendency to be either far too artistic or far too mainstream. Perhaps such techniques are necessary to keep the film on the pitch, where people will stay to watch.

This misadventure is made up for by some funny and tragic moments. The training which takes place inside the station is fascinating. And homeless men doing push-ups in the middle of the inter-platform steps is very funny and somehow escapes seeming too absurd. A beautiful moment occurs when they all get together in the homeless shelter. They are singing songs around the bonfire one evening, when a young man comes to look for the ‘factory workers hotel’. As he joins the motley crew, the oldest man looks at him for a long moment and realizes they are father and son. The tragedy that ensues over the course of the film within this relationship services to remind us what deep sorrow lies in the hearts of the homeless. Can homelessness be passed on? Probably, but more importantly (and as sappy as it sounds), hope can also be passed on, and that is what this film is all about.

A similar question could be asked of filmmaking. Is filmmaking a craft that can be handed down like shoe-making or wood-carving? Surely something in this occupation is more of a question of calling rather than that of inheritance. But we are seeing more and more examples of fathers who have handed down this art to their children. The obvious example would be Sofia Coppola making films in the footsteps of her illustrious father. But there is also Brandon Cronenberg, who’s film Antiviral premiered alongside his father’s film, Cosmopolis, at Cannes this year, and Jennifer Lynch, daughter of David Lynch, whose film Chained also came out recently. Here, we have a mother who has handed down her craft to her daughter (although Adamik has many directors in her family other than her mother).

The Offsiders is mostly what you would await film of this genre to be, a solid mixture of tragedy and comedy, with the ups and downs you may expect from such a film. The ‘team’ film has a beguiling tendency to gently take the viewer by the hand and show them why victory is so important to sports fans. Attachment to one team isn’t usually created so fast, and creating in the space of about two hours the kind of attachment it takes years to burgeon in most sports fans is surely a particular kind of talent. 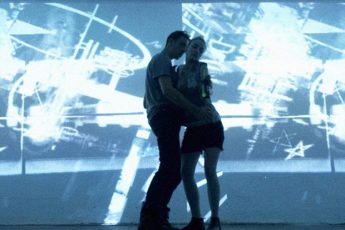 « Previous post
Ognjen Sviličić’s Sorry for the Kung Fu (Oprosti za kung fu, 2004)
Next post »
Emil Christov on The Color of the Chameleon