Free Spirit in an Imprisoned Body 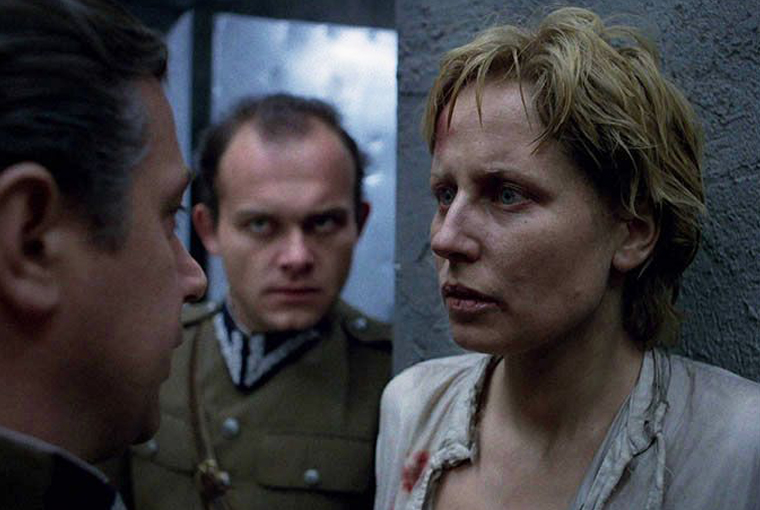 In light of ongoing controversies around the physical and psychological torture of Guantanamo Bay prisoners, Ryszard Bugajski’s Interrogation (1982, premiere 1989), feels particularly timeless. The film, which depicts the inhumane treatment of a female prisoner, is set in the most terrifying time in postwar Communist Poland – the Stalinist period. But although the time frame is made excessively explicit in Interrogation, throughout the course of the plot it matters less and less that the movie is about Poland, about the 50s, about the scars of WWII; what matters more is the gradual transformation of the film itself – paralleling the transformation of lead characters Tonia and Lieutenant Morawksi – into an allegory of human dignity and humiliation. Contrary to what Bożena Janicka wrote in the 1989 issue of Kino, Interrogation is not a film that “cannot be explained to those from the West”.1 Each political system, whether totalitarian or democratic, has organized penitentiary institutions which, by their very nature, can generate the most sordid behavior. And this power is often exercised behind walls that are impenetrable for the public eye.

Interrogation opens with Tonia Dziwisz (Krystyna Janda), a cabaret singer, breaking into tears after seeing her husband hug her best friend while on stage. Tonia is then approached by two men who offer her some drinks; she gets drunk and the two men take her to a prison. Initially, Tonia knows neither the reason for her imprisonment nor the length of her stay. Through continuous interrogations she learns that the authorities need her statements in order to charge her friend, Major Olcha, with sabotage and a Home Army affiliation. The principal investigator, Major Zawada (Janusz Gajos), orders extreme interrogation methods when he realizes that she is more defiant than he initially thought: he beats her, forces her to drink urine, pours cold water over her in a claustrophobic cell, and orders her to undress herself. Though Tonia resists, she attempts to commit suicide after learning that her husband filed for divorce due to the uncovering through the interrogation of her extra-marital sexual encounters. Tonia survives, however, and when Lieutenant Morawski (Adam Ferency) takes over the interrogation, they end up having sex, which results in a pregnancy. Soon after giving birth to her daughter, the girl is taken from Tonia; some time later Stalin dies, and Morawski explains to Tonia that she will soon be released from prison. After that the Lieutenant shoots himself. Tonia leaves prison and goes to the orphanage to find her daughter.

Though the film opens with Tonia performing, a few shots of the audience already produce a sense of danger: Tonia’s spectators are workers who are clearly more interested in the curves of Tonia’s body than the timbre of her voice. The sticky gaze of the male public makes claim on Tonia’s body, but she is a confident person who carries herself with dignity. It is because of her physical presence that later on interrogators call her “a whore”, and try to humiliate Tonia by asking for the most intimate details of her sex life. Tonia’s somewhat unexpected moral superiority and strength come from her conviction that a body is just a body, and from her naïve refusal to admit something that simply “isn’t true”. Bugajski thus challenges the popular notion of a “strong hero” on two different levels: first, he makes a woman the most unbreakable character (something rare in the Polish literary and cinematic canon); two, the profile of Tonia does not fit the ideal of the dignified and righteous “Polish Mother” as she is loud, at times annoying and arrogant, coquettish and sexually promiscuous. Tonia then poses a threat not only to her on-screen male oppressors (who turn out to be weaker than she is) but also to our stereotypes about “heroes” in general.

To be sure, choosing a female protagonist supplied Bugajski with more opportunities to expose women’s bodily vulnerability to sexual assaults and humiliation. In her essay on Ryszard Bugajski’s cinematic works, Grażyna Bochenek notices that Bugajski’s male heroes from his other films (even those who also experience prison torture) are never framed in a sexual context. Rather, they figure as cultured and dignified human beings.2 Bugajski’s latest film Closed Circuit (2013), however, which once again revisits the theme of unjust and sadistic imprisonment but in contemporary Poland, depicts a male character who is brutally raped and sexually objectified. This may suggest that in his 1982 film Bugajski did not simply use a female character to widen the repertoire of possible torture, but rather to demonstrate that sexual objectification is one of the most humiliating tortures of all. It is even more so in Tonia’s case, whose alleged reputation as “a whore” gives men in charge of the prison unwritten permission to objectify or “use” her body. She is not raped, but the threat of sexual molesting hangs in the air throughout each interrogation.

In depicting the mechanisms of breaking human dignity and spirit, and Tonia’s survival of imprisonment, Bugajski not only challenged the stereotypical notion of a “real hero”, but also managed to create a timeless portrayal of people who attempt to break others in the name of ideology. This universal perspective is reinforced by both the vivisection of Tonia’s defiance and by Lieutenant Morawski’s deeds. Although Morawski was formerly a Nazi camp prisoner, he willingly takes part in torturing others; the humiliation he suffered is not much different from the one he himself inflicts on Tonia.

The passion and emotional intensity of Interrogation achieved by Janda’s and Ferenc’s outstanding acting do not lose their impact. And as long as there are prison systems and political ideologies built on citizens’ surveillance – it never will. 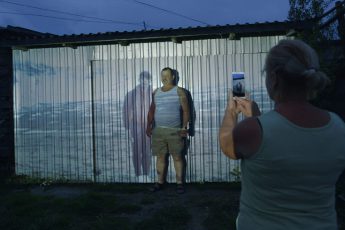