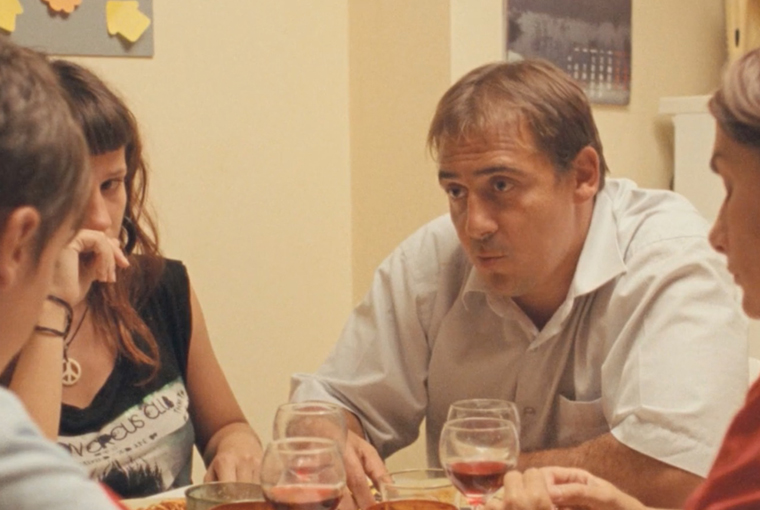 Since the beginning of the decade, Eastern European cinema has been dominated by Romania. While directors like Alexander Sokurov from Russia or Béla Tarr from Hungary are internationally recognized and celebrated, Romania stands out due to its current movement – the Romanian New Wave. Cristian Mungiu, Cristi Puiu, Corneliu Porumboiu, Radu Muntean and others stand for a new Romanian cinema that developed its own subtle rhythm and language, dealing with the Ceauşescu and post-Ceauşescu period of Romania. But young Romanian directors also play their part in this movement. Adrian Sitaru and Paul Negoescu – both young directors awaiting their breakthrough – presented their newest short films The Cage and Derby at film festivals around the world, backed by a positive reaction.

Although at the Talent Campus of the Berlinale 2010 Paul Negoescu stated that he himself didn’t believe in a Romanian New Wave – calling it an invention of film critics – there is something in his movie that relates to the movies of the senior New Wave. Derby is a story of a man who, before dinner, believes he hears his teenage daughter having sex. At dinner, the family gathers around the kitchen table with the girl’s boyfriend present. The father provokes a conversation, which leads to the realization that him and the boy are fans of the two rival soccer teams of Bucharest. The conflict continues, but doesn’t escalate. The father can neither prove that the boy had sex with his daughter, nor can he enforce his own authority. Sitaru’s The Cage is very similar to this concept. Here, we also have a family that is affected by an intruder. This time, it is a sick bird found by the young son of a pot-bellied father. The boy decides to keep the bird and looks after it. The father refuses to leave the bird in the house, but when his son does anyway, he grows to like the bird. The bird is let out against his will, and here again we are brought back to the starting point. The family’s constellation is probed, but doesn’t change.

Like in the stories’ of Radu Muntean or Cristi Puiu, these films depict real people and factual conditions. Even though there is no explicit reference to political happenings like in 4 Months, 3 Weeks, 2 Days, these films are about fading authorities. It is arguable what Negoescu and Sitaru meant to say by this – their films are more lighthearted and humorous than those of of Muntean or Puiu -, but it is evident that both films play with the concept of old and new. The old that is trying to preserve its position and ideals in a world that has changed. While one should expect a discussion about whether The Romanian New Wave has ended to come up shortly, fresh films like these show that there is still a lot of potential lying in the next generation of Romanian cinema.